At least one prominent public health expert does not believe sports will be played in front of fans until the fall of 2021.

Speaking as part of a New York Times panel discussion about how to re-start America amid the coronavirus pandemic, Dr. Ezekiel Emanuel, who advised the Obama administration on health policy and the Affordable Care Act, said he did not think large gatherings would be possible until after a vaccine is widely distributed in 12-18 months.

Emanuel, the older brother of former Chicago mayor Rahm Emanuel and Hollywood agent Ari Emanuel who now chairs the Department of Medical Ethics and Health Policy at the University of Pennsylvania, said the American economy would have to be opened up in stages, beginning with workplaces that can maintain more social distancing practices. 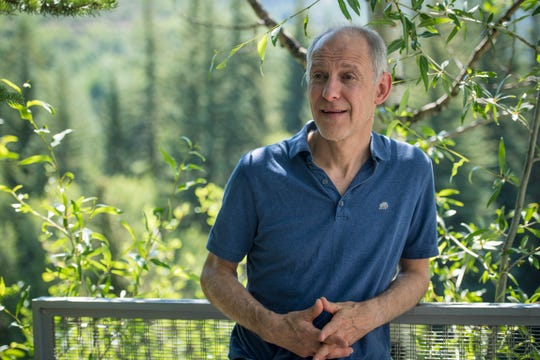 Dr. Ezekiel Emanuel says he believes that large gatherings, such as sporting events, "will be the last to return." (Photo: Jasper Colt, USA TODAY)

OPINION: There will come a time when sports will be ready to return. Will we be?

But he was less optimistic about playing football in big stadiums, for instance, as the NFL and colleges would like to do this fall if possible.

“Larger gatherings — conferences, concerts, sporting events — when people say they’re going to reschedule this conference or graduation event for October 2020, I have no idea how they think that’s a plausible possibility,” Emanuel told the Times. “I think those things will be the last to return. Realistically, we’re talking fall 2021 at the earliest.”

Emanuel pointed to colleges and universities as potentially one of the areas of society that could re-open more quickly if testing and contact tracing measures are readily available, pointing to the lower virus’ lower mortality rates — “not zero, but pretty damn close,” he said — for people under 30.

That could potentially point to an avenue for college football to be played without fans, though obviously there would be concerns about coaches and other officials involved in the games.

“I don’t know how else we’re going to do it, frankly,” Emanuel said. “You can’t just flip a switch and open the whole of society up. It’s just not going to work. It’s too much. The virus will definitely flare back to the worst levels. So I think you are going to have to do segments. Again, this requires testing and tracking, so you reduce the risk of the infection spreading, even if it doesn’t come down to zero.”