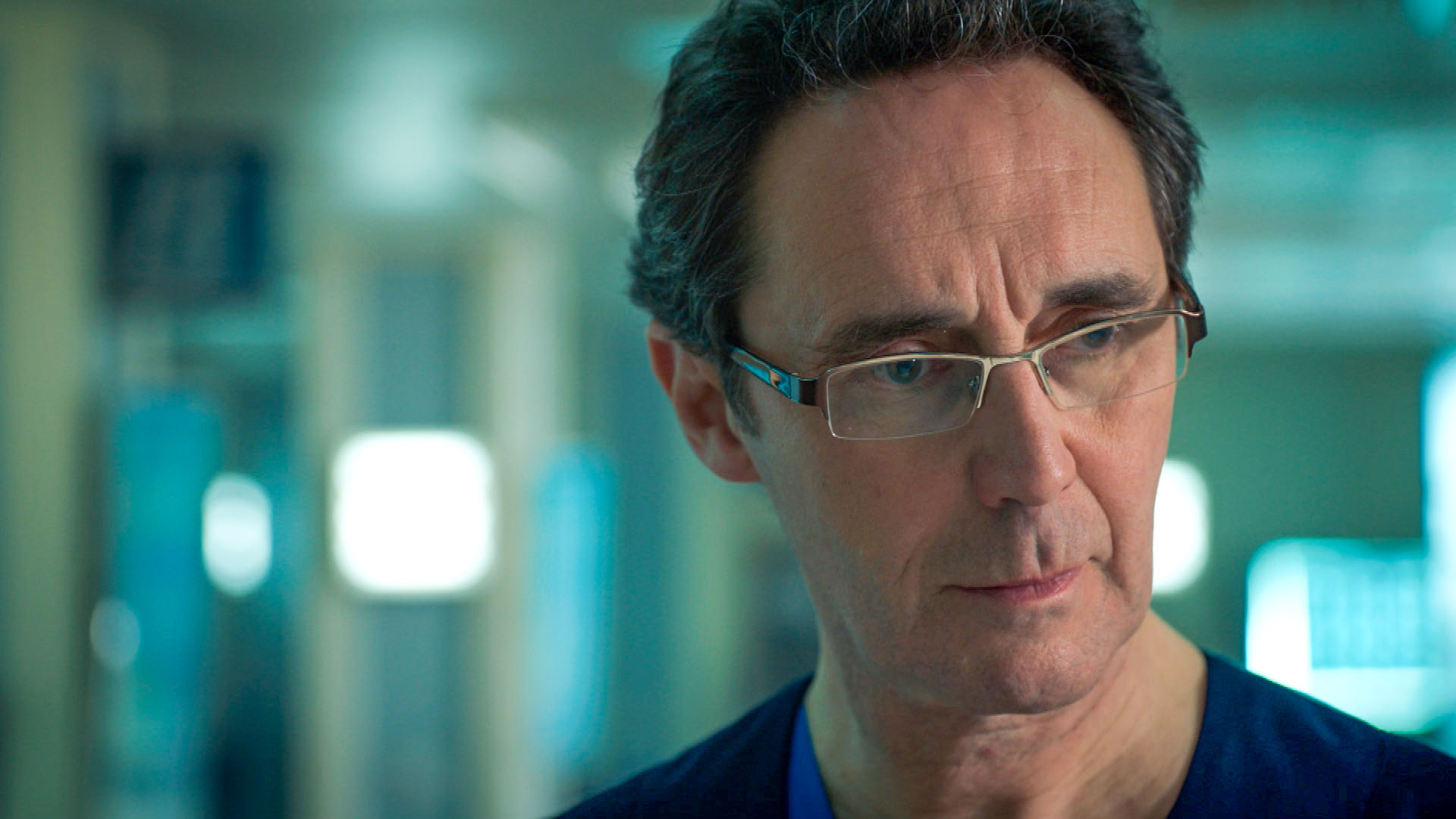 Sahira’s Shah (Laila Rouass)’s father Reyhan (Raad Rawi) is a patient on the Holby City wards tonight, as he’s rushed in with a serious liver condition.

It appears that he and Hanssen (Guy Henry) know each other, and Hanssen is immediately upset by a mention of his son Fredrik, who was a pupil at Reyhan’s at school. Of course Fredrik is a sore point with Hanssen after he went on a shooting spree around the hospital, but is there more to it than that? Sahira is concerned when Hanssen refuses to operate on her father, and insists she’ll do it herself. Will Hanssen change his mind? And can he overcome the ghosts of their shared history?

Cameron (Nic Jackman) also has a lot on his mind currently. He’s just found out he’s going to be a dad, which is a lot for anyone to process, but looming larger than that in his mind is the worry that he may be about to be outed as being responsible for Xavier’s death.

Patient Bobby Edwards (Callum Callaghan) informs Cameron that he’s going to go to the police and tell them that he saw Cameron take Xavier’s bag and run away after Bobby knocked him down with his bike. We know how Cameron works by now – how far will he go to make sure Bobby Edwards keeps quiet?

Nicky (Belinda Owusu) is concerned that Cameron isn’t taking the news about her pregnancy seriously when he seems too distracted to talk things through with her. But then he shocks her with an announcement.

Dominic (David Ames) is rapidly running out of friends as he insists on suing the hospital for every penny he can get. Ange (Dawn Steele) does her best to support him, but can she get through to him?

Donna (Jaye Jacobs) is charmed when Alex (Miles Mitchell) prepares a surprise for her. But then they get some news that changes everything.

Sue Haasler is the author of five novels and the official BBC Holby City book, which you can read about here.

Join the community by leaving a comment below and stay updated on all things soaps at our homepage.

Families forced to be apart this Mother's Day

BT down: BT confirms some home broadband and phone lines are not working