There in a flash! Jason Isaacs joined the cast of Creation Stories nearly overnight after director Nick Moran called him and asked him for the favor.

“Nick is an old friend of mine,” Isaacs, 58, exclusively told Us Weekly. “I wasn’t offered the part. I was phoned and told to do it because somebody else dropped out. He said, ‘Listen mate, you’re in my film. I’ll see you on Monday.’ And I went, ‘Well, what am I playing?’ I read it and wrote him and said I am completely wrong for it and maybe six other people should do it. He said, ‘No, no. It’s you. You’re coming. I’ll see you.’”

The Harry Potter star plays a dubious Brit named Ralph in the British biographical film, which tells the fictionalized account of music mogul Alan McGee’s life. McGee, 60, founded record label Creation Records Ltd. in 1983, making it one of the key labels in the mid-1980s indie movement.

Biggest Boy Bands of All Time

“I got there, and I read it and it’s written by Irvine Welsh, the film, and he’s written many other big cultural landmarks of the nineties and beyond,” Isaacs told Us. “[This film] has this surreal grotesque take on the world, even though stuff is really grounded. It’s also very fantastical.” (Dean Cavanagh also wrote the script.) 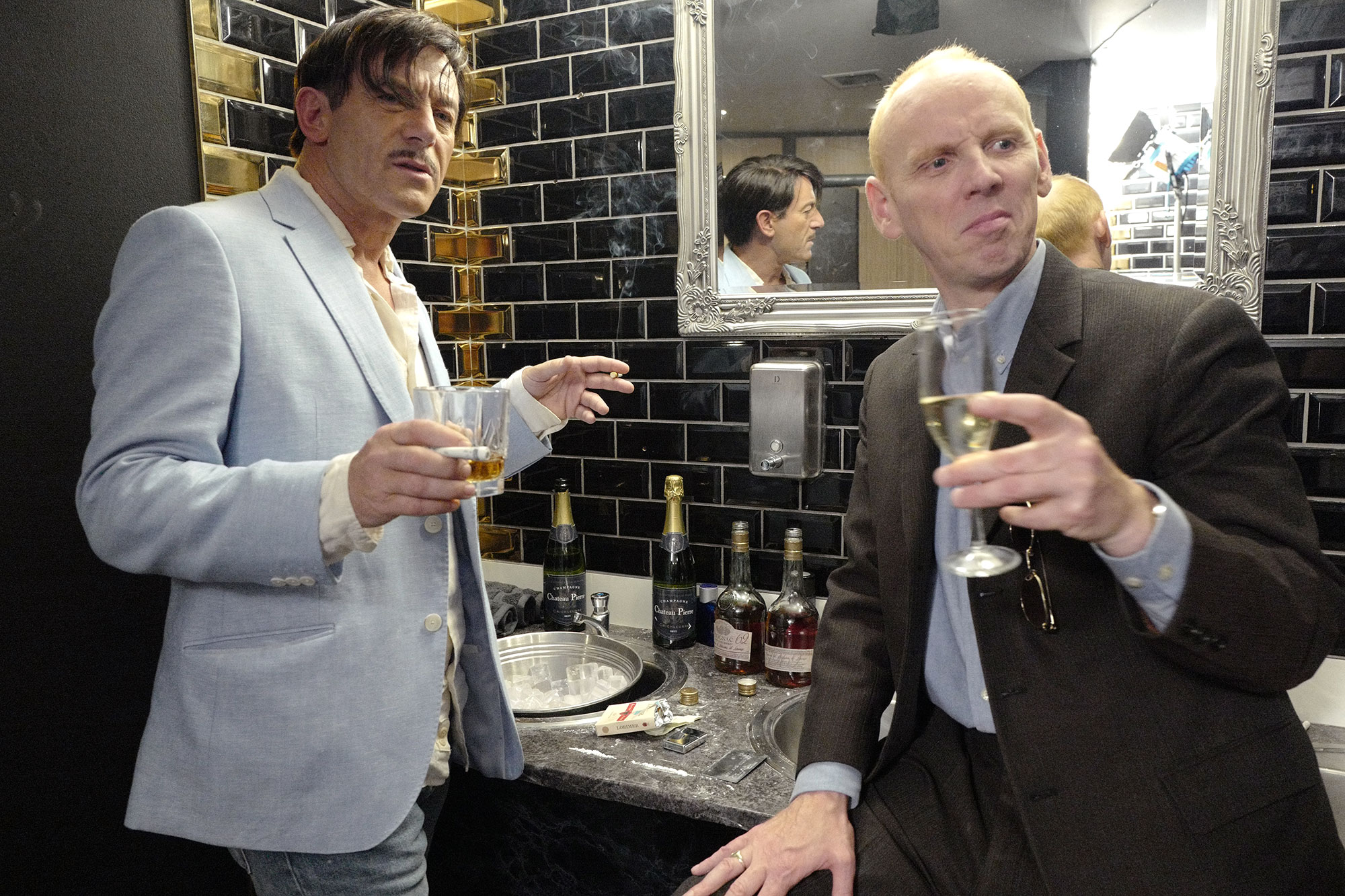 “[I listened to] none of these bands! I’ve always listened to Motown and R&B and Reggae. This was none of my music,” he explains. “I was already too old in my head. I was an old man. I’m not sure I listened to any music that was made up in 1980.”

Isaacs’ Ralph runs into McGee during a drug-fueled bender in Hollywood in the musical drama. Creation Stories recounts many stages of McGee’s life, from his childhood, to his chaotic career to present day, in which he recalls his glory days to a reporter, played by Suki Waterhouse.