After taking a short break to recharge, Megan Thee Stallion is back and powerful as ever with her new single, “Thot Shit.”

Arriving seven months after her debut studio album, Good News, the punchy new track comes with an accompanying music video directed by Aube Perrie and executive-produced by Boris Labourguigne, co-founder and president of LEFT Productions. Following in the footsteps of the rapper’s other provocative and big-concept visuals, “Thot Shit” shows an older white senator posting a sexist comment on Megan’s “Body” music video, then Megan promptly putting him in his place. (And by putting him in his place we mean slamming him with a garbage truck, twerking on his desk, disrupting his diner lunch, and sewing his mouth into a vaginal shape.)

The concept came to Perrie’s mind after seeing the harsh criticisms to Megan and Cardi B’s “WAP” song and music video last year. “When you stand for something like what Megan stands for, you receive many criticisms, you receive so much hatred. And I guess it was funny to me picturing those haters online, but still going to watch her videos, still listening to her music,” he tells BAZAAR.com.

Amidst the conservative backlash against Megan and Cardi’s sex-positive track, there was one Republican Senate candidate who denounced the song while saying he came across it “accidentally,” Perrie recalls. “Obviously, he didn’t get there accidentally, he clicked on it and you know the rest,” he jokes. “It’s very common that there are huge gaps between the political speech and what these people say … and what they actually do privately.”

Megan’s team linked up with Labourguigne and Perrie after watching L’Impératrice’s music video for “Peur des filles,” which they also worked on. Yet, even with the grand production that “Thot Shit” turned out to be, all Megan did was send the track to the director and his team. They had “carte blanche” to do the rest. “Throughout the whole process, she gave us so much freedom, so much trust,” Perrie says. 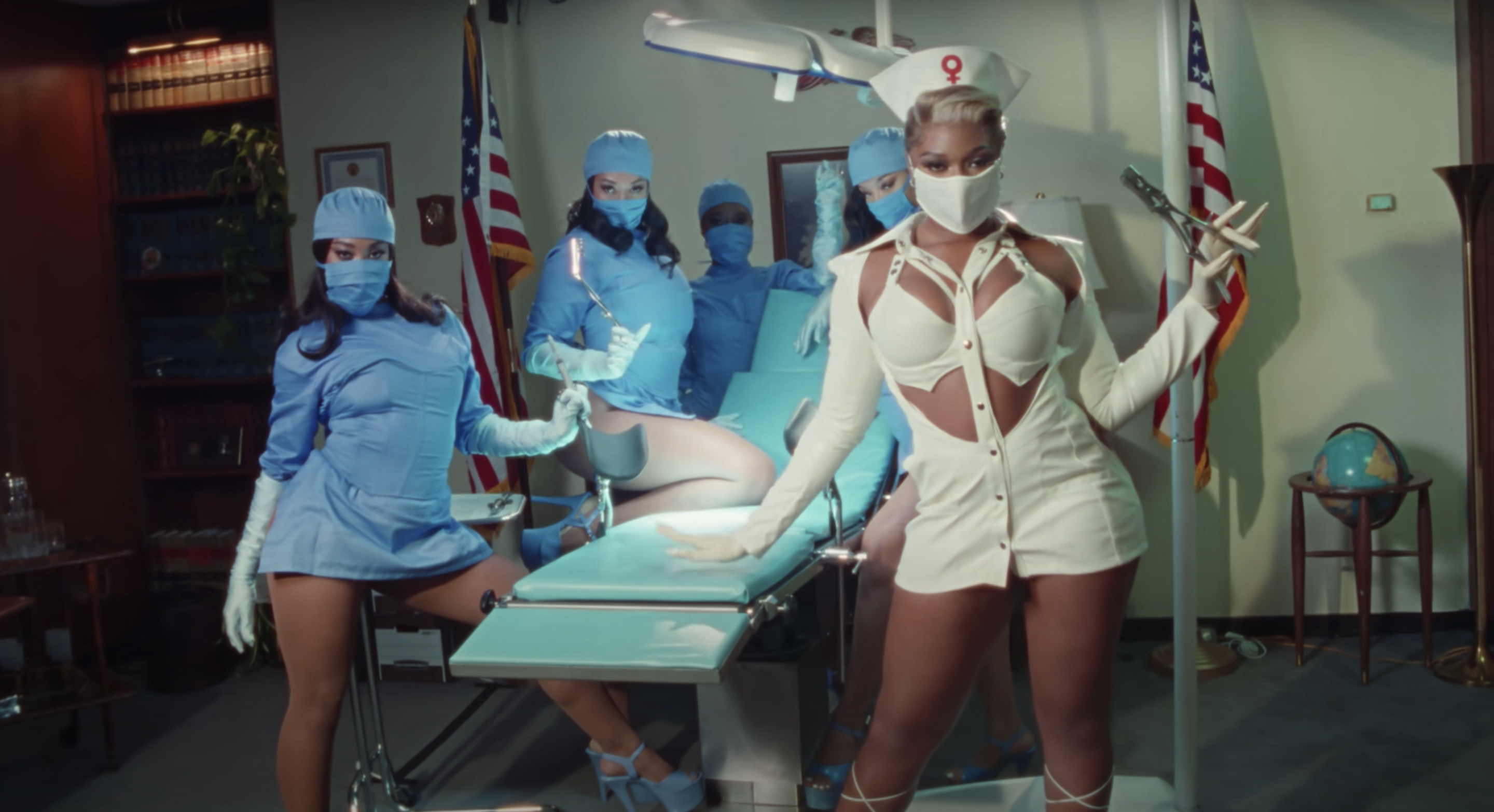 The final shot of the senator’s “mouth,” which was made possible with prosthetics, is a “very satisfying” conclusion, Perrie explains. It’s a message for “people who absolutely love to tell others what to do with their body” and “people who sexualize absolutely everything but at the same time, tells us how to act and not have to act.” It’s “being able to somehow literally put on their faces the very absolute object of all their anxiety.”

The “Thot Shit” video was filmed over two long days in April. It was a tiring and crazy shoot, Perrie and Labourguigne say, but Megan was a professional on set, “always laughing, always smiling,” and staying late to get the right shots done. “I think that when a person like her decides something, she really goes for it,” says Perrie. “For example, there is this shot on the shelf of her butt in the quick store; that’s something that was done at the very end of the second day. She could’ve definitely left before, we could have one of her dancers shoot it, but she insisted on doing it.” 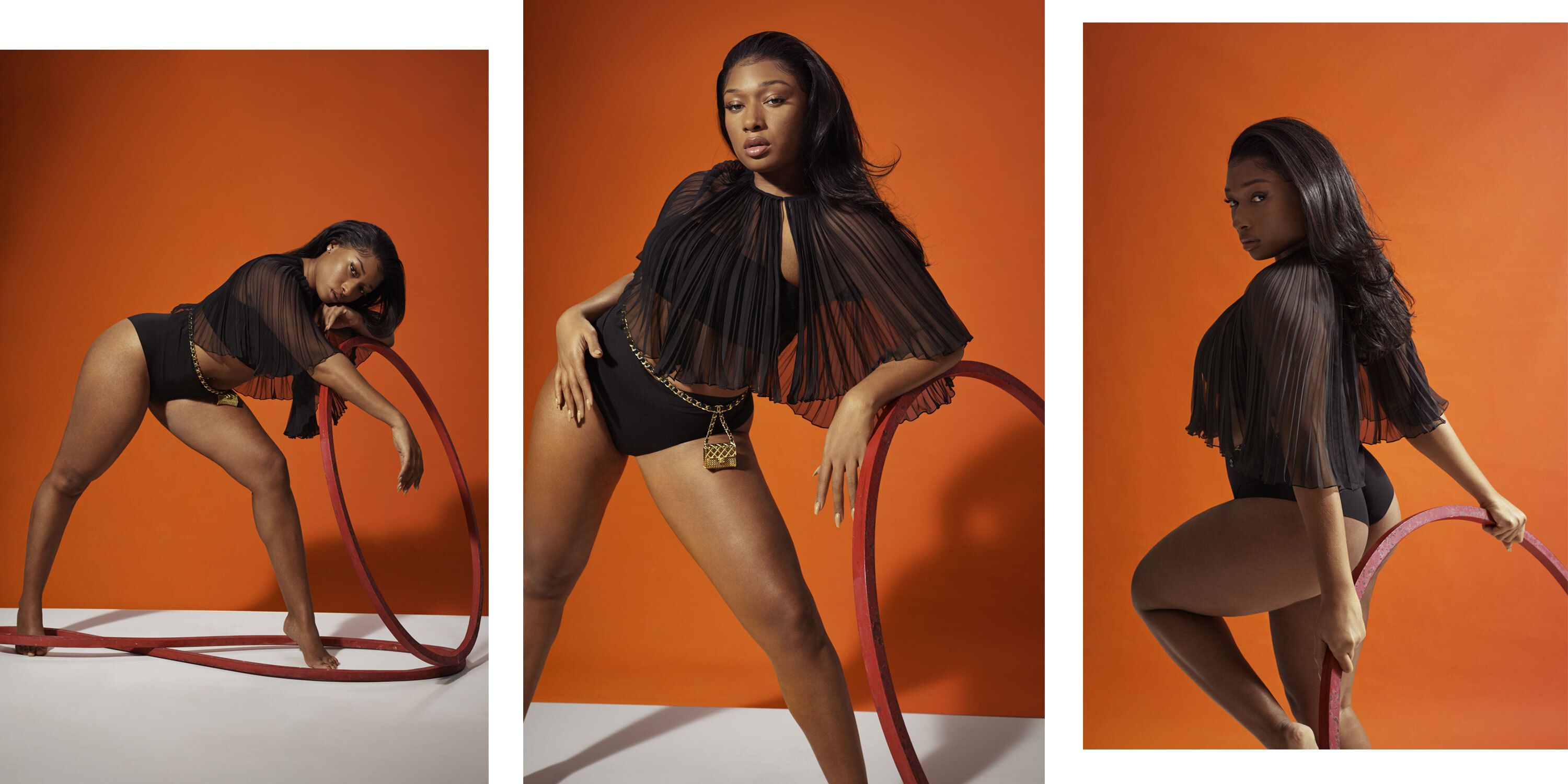 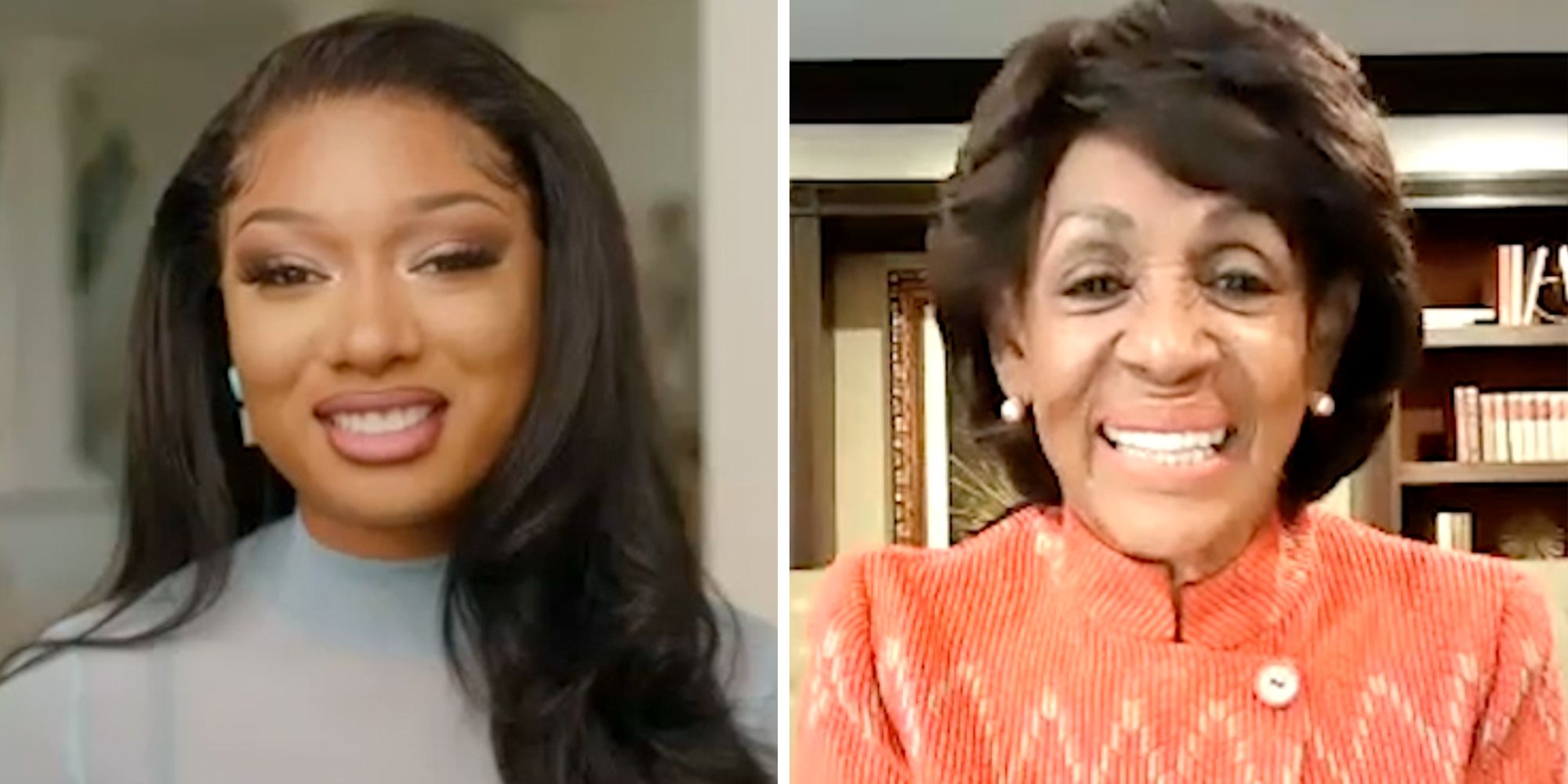 The crew could also tell that they were making something special; each department was on their A-game. Choreographer JaQuel Knight, who frequently works with Beyoncé, was on board. There were 47 costumes total, according to wardrobe lead Joey Thao. “All the head of departments were really amazing people and they [have done] a lot of big music videos like that, but you can see that working on this video was, for them, something specific,” Labourguigne tells BAZAAR. “And they were really into this video and they’re really proud to be part of it.”

Perrie hopes that after watching “Thot Shit,” even with its absurd, dark humor and surreal visuals, viewers pay closer attention to what Megan has to say. “I’d like for her to be even more listened to after that, but not only her music, but what she has to say for women, especially for Black women in the United States and elsewhere.”

Cheltenham Festival tips: Who should I bet on in 4.10 at Cheltenham today?