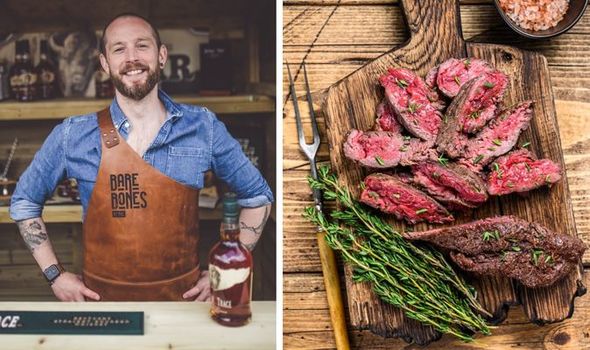 Summer is finally here and as the weather turns warmer, more Britons will be spending time outside. Before you begin stock-buying meats for future garden gatherings, butcher Jonny Farrell has some top tips on how to get the most out of your barbecue.

To mark the collaboration, he spoke to Express.co.uk about his favourite meats to put on the barbecue, and the best ways to cook them.

The butcher recommended cooking steak on the barbecue as it is not only a great meat to serve at a family gathering, but it is also one of the most delicious meats sold in British supermarkets and local butcher shops, according to Jonny.

Rump, sirloin, and rib eye are the most common steaks on the market due to them often being seen on restaurant menus, but Jonny recommended trying “hanger steak”. 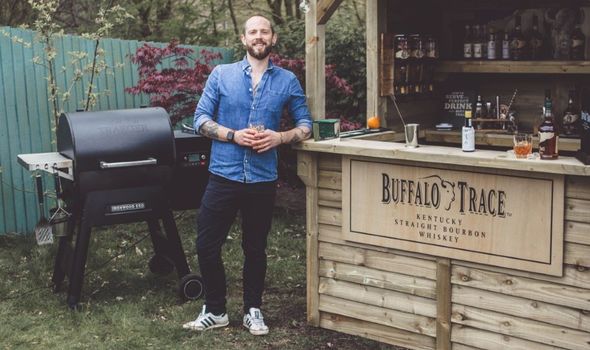 “It’s a beautiful piece of meat,” the butcher said.

Hanger steak is a beef cut that comes from the upper belly of the animal and it is surprisingly tender and full of flavour.

Jonny explained the best way to cook a hanger steak, saying: “There’s two muscles and a piece of sinew that runs all the way down, so you’ve got to separate them from the sinew.

“And then you can cook them to a nice medium rare. They’re stunning.”

DON’T MISS:
Care home staff: Do I have to get the jab? [INSIGHT]
Cleaning: Unblock your toilet without a plunger [UPDATE]
Car rental cleaning: The 5 spots in a rental car you should clean [ANALYSIS]

Jonny added: “What I always used to say to customers is you’ve got to learn how to cook steak.

“If you cut against the grain, you separate the fibres, which makes it so much easier and more palatable.”

Jonny explained he cooked a hanger steak last weekend and his son, who is three years old, was “just sitting there chewing away”. 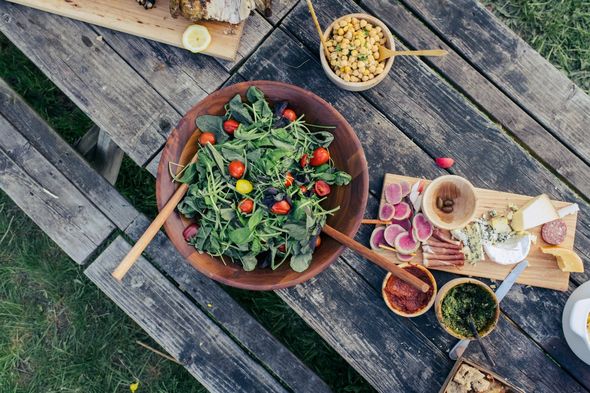 Before putting the steak on the barbecue, Jonny said “all it needs is some really good salt” to add flavour to the meat.

The butcher warns against using pepper because “I find that if you add pepper before cooking, it kind of charrs it a little bit, and not in a good way”.

Jonny recommended buying steak and other cuts of meat from a butcher’s shop, or if you’re buying from a supermarket, make sure you know where it’s from.

He said: “Only eat meat from someone who can tell you where the meat came from, from the farm. That’s my rule.

“I don’t eat at any takeaways that I don’t trust.

Jonny went on to share tips on how to properly cook other kinds of meat on the barbecue, such as sausages.

The butcher explained that one of the most common mistakes Britons do when it comes to barbecuing food is ending up with sausages that are burnt on the outside and raw in the middle.

To prevent this from happening, Jonny said: “When you cook with a barbecue, you want to put it into zones.

“One zone – maybe on the right hand side – is where you put your coals and your embers, and that’s where you cook with the heat. And then, on your left hand side, you leave it there.

“So you’ve got the ability to take something off the grill and to control the temperature.”

Jonny explained that after giving meat a blast of heat, you can leave it to rest on the other side of the grill and it will “keep on cooking ever so slowly”.

“And then you’re sorted. It’s not burnt, it’s perfect.”

Another tip to end up with well-cooked meat is to avoid using disposable barbecues.

“Just invest in a proper barbecue – you can even get cheap portable ones if that’s what you want to do. Get something you can reuse.

“And then you can buy better quality charcoal that’s not full of chemicals.”

Lastly, Jonny recommended serving some side dishes with barbecued meats.

He advised making a mac’n’cheese with broccoli, or a “really simple salad”.

“If I’m doing a barbecue with really heavy meats with intense flavours, a nice light salad is perfect,” the butcher said.

Happy Birthday, Rob Key – the pick of Keysy’s 221 for England against West Indies at Lord’s in 2004