Homes near outstanding state schools in demand as cost of living sees parents avoid independents: Here’s how to find one that makes the grade

Schools have long been the biggest driver of family house moves. But, as the cost-of-living crisis bites, saving on fees and moving to an area with an outstanding state secondary has great appeal.

Shelley Shakespeare swapped London for Newbury in Berkshire so her children could attend St Bartholomew’s, a co-­educational academy school with a fine reputation.

‘Had we stayed in London then we’d have used the independent system and we couldn’t possibly have afforded that for four children,’ says sales executive Shelley, 48.

‘St Bart’s has the ethos of an independent school and we’ve been delighted with it. Our eldest has gone to university, the sports facilities are brilliant and the children have been happy there.’ 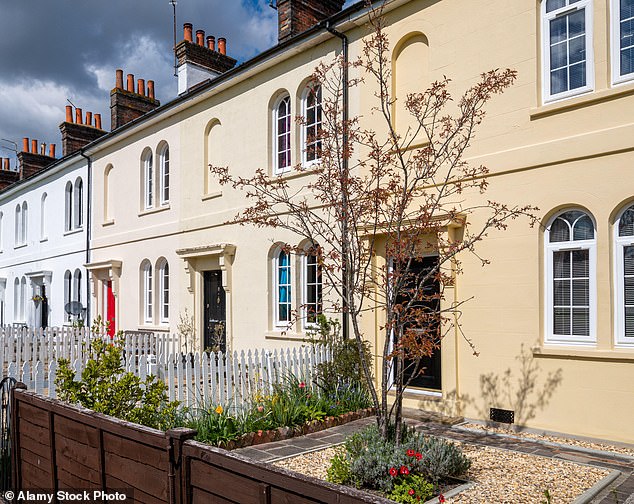 Top of the class: Houses in the St Bart’s catchment area in Newbury, Berkshire

There is an abundance of information available to help find a good secondary school. Apart from the various ‘Guides To’ books, there is the Britannia StudyLink list (britannia-study.com.my) and the Ofsted reports. It pays to do research.

Schools can deteriorate quickly so double check that the secondary you have in mind is still all it claims to be in the brochure.

Be certain about the exact boundaries of the catchment. These may change and you could end up moving house and be unable to attend your chosen school. Finally, if you are set on a grammar, your child will have to pass a test.

In Cheshire, for example, Altrincham has four top grammar schools while nearby Cheshire (East) has none.

‘The children have to both live in the catchment and pass an exam,’ says Phillip Diggle of Gascoigne Halman. ‘So the parents rent in the west — somewhere like Hale — prior to the exam. If the child passes, they buy there but if he fails they move back to the east. Wilmslow is popular and you can save 15 per cent on prices.’

Although only a small percentage of children will qualify for a grammar school, their mere presence is enough to raise prices. Daniel Nash runs estate agencies in Tring and Berkhamsted in Hertfordshire.

‘We are on the corner of three counties — all equally desirable — but only Buckinghamshire has grammar schools,’ says Daniel. ‘As a result Bucks prices are 15 per cent higher than Bedfordshire’s and 7 per cent over those in Hertfordshire.’ 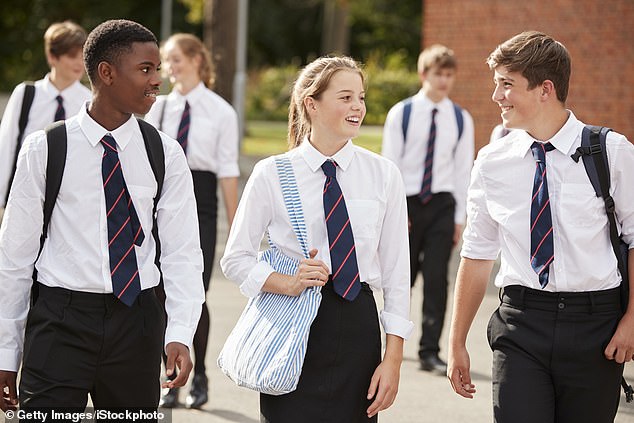 Although only a small percentage of children will qualify for a grammar school, their mere presence is enough to raise prices

Good publicity also inflates house prices. Orleans Park School, Twickenham, West London, often features in the media — and that’s not merely because comedian Greg Davies used to teach there. Ofsted judges it’ Outstanding in All Areas’; it gained some of the country’s top GCSE results in 2019. It is over-subscribed.

‘There is a deadline of October 31 by when families using the school must be in residence and the market is hot around then,’ says Catherine Merrett of Antony Roberts estate agents. ‘This is an expensive part of London: two-bedroom flats sell for up to £750,000, and £1.2million is about average for a house.’

According to Zoopla, it costs an extra £195,919 to live near a secondary school rated ‘Outstanding’ by Ofsted. But is moving schools worth the expense?

‘It’s absolutely worth it,’ says Shelley Shakespeare. ‘I’ll fly the flag for our state system. You can find great schools if you take the trouble to look for them.’ 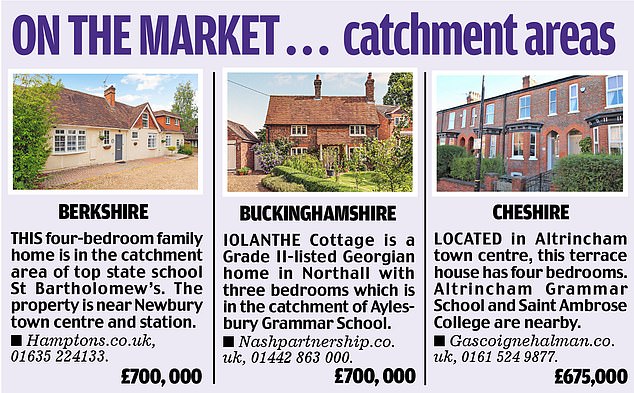