Home » Lifestyle » How To Open Your Heart Chakra 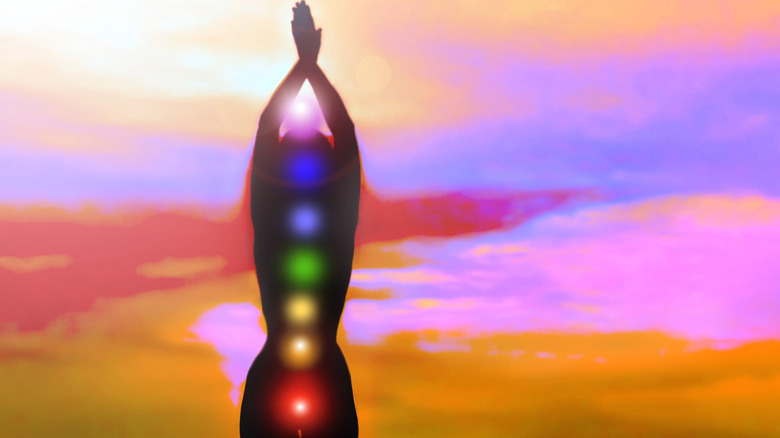 Whether it’s from a yoga class or from your time on TikTok, you’ve most likely heard the word chakra before. As with many elements of spiritual and energy healing, though, the exact definition and how to go about understanding chakras’ functions can be confusing, especially to a beginner. The word chakra translates to “disk” or “wheel” in Sanskrit, and refers to the seven major energy centers in the body (via Healthline).

The seven major chakras run along the path of your spine and correspond to major organs or specific nerve bundles. The seven chakras from top to bottom are: the crown chakra located at the top of your head, the third eye chakra located directly between your eyes, the throat chakra, the heart chakra, the solar plexus chakra, the sacral chakra located just below the belly button, and the root chakra, located at the base of the spine. Each chakra is thought to be responsible for a different form of energy based on its position in the body — the throat chakra rules communication, the sacral chakra deals with sexual and creative energy, etc. In this article, we’ll be talking about the heart chakra, Anahata: what it means when it’s blocked, and how you can fix it.

How to fix a heart chakra blockage 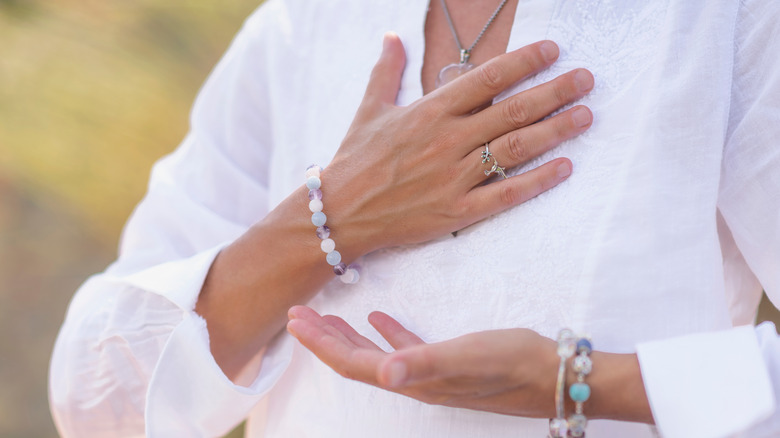 Unsurprisingly, the heart chakra is responsible for our ability to love and to show compassion to others (via Healthline). A chakra blockage, according to yoga medicine therapeutic specialist Diane Malaspina, PhD, occurs when there is a “depletion of energy flow” to a certain chakra. This affects our ability to display the traits associated with that chakra. Therefore, when you experience a blockage in your heart chakra, it can have negative and even damaging effects on your relationships — both romantic and platonic.

There are several easy ways to open your heart chakra and restore balance and energy. According to yoga instructor and master reiki healer Guadalupe Terrones, there are several simple yoga poses that serve to open the heart chakra. She recommended poses such as Cow Face Pose and Humble Warrior, which open your shoulders and arms to embrace others, as well as poses such as Camel or Wheel that open your chest and heart area. Meditation can also help open your heart chakra by focusing on what may be causing the blockage and visualizing and manifesting its removal.

The best buys for embracing this season's crossbody bag trend