How to STOP raising cotton wool kids: Expert reveals why you should treat bruises as ‘trophies of playtime’ and trust children to navigate danger to avoid ‘suffocating their growth’

There’s a fine line between being a protective parent and wrapping kids up in cotton wool.

And now an expert has claimed the latter can actually be detrimental to a child’s development because it ‘suffocates’ their growth.

Dr Zoi Nikiforidou, a senior lecturer in early childhood studies at Liverpool Hope University and mother to a young toddler, says British adults are currently in the grips of an ‘identity crisis’ when it comes to raising children.

She argues bruises are ‘trophies of playtime’ and urges parents to start trusting their children when it comes to negotiating danger.

While there’s clearly a duty of care to ensure children are safe, Dr Nikiforidou says denying them opportunities to hurt themselves – both emotionally and physically – is setting them up for failure in later life.

Here she shares her practical top tips with FEMAIL to help stop you raising a ‘cotton wool kid’. 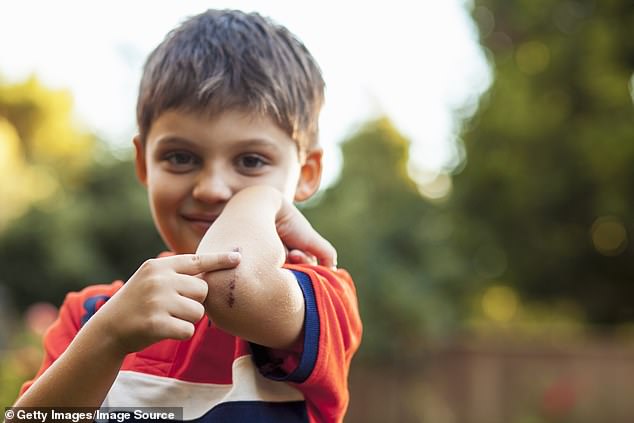 There’s a fine line between being a protective parent and wrapping kids up in cotton wool – and an expert has claimed the latter can actually be detrimental to a child’s development because it ‘suffocates’ their growth. Pictured: stock image

Have faith in them as human beings

We need to trust our children because they know, innately, what to be fearful of. They can sense danger at a biological, molecular level – otherwise we wouldn’t survive as a species.

And children need to own what they’re doing – even if that means taking a step back and watching them make a mistake.

Ultimately, they’re going to learn something from the experience, and their confidence and sense of self-belief will grow.

Don’t leave them totally exposed to hazards, but allow them opportunities that would encourage self-care skills and autonomous decision making.

Include your child in the ‘risk assessment’

As a parent, it’s easy to say, ‘No – I make the rules’ if your child wants to do something you’re uneasy about. 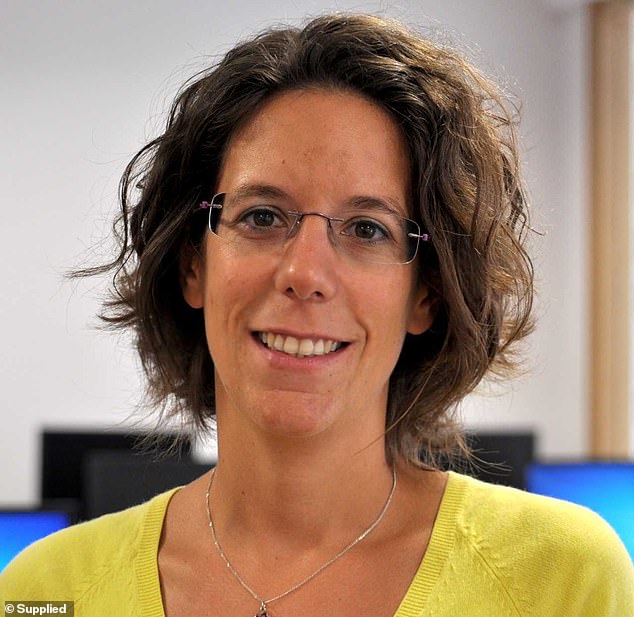 Dr Zoi Nikiforidou, a senior lecturer in early childhood studies at Liverpool Hope University and mother to a young toddler (pictured), says British adults are currently in the grips of an ‘identity crisis’ when it comes to raising children

But if your child is going to thrive in life, they need to have the agency to think independently.

Your child might want to climb a tree, for example. Instead of saying, ‘No, get down!’, have a chat, find room for negotiation, bring both sides of the argument to the table and find a middle ground.

That might mean only climbing to a certain point or simply letting them know precisely what might happen if they fall. But letting the child have their say is fundamental in making them risk aware and also making them understand that, in life, the consequences of their actions can go in many different directions. No matter the outcome, they will grow as a result.’

Children are being ‘suffocated’ by helicopter parents

Recently, ‘indoor helmets’ have seen a surge in popularity, and there have been renewed calls for games of tag to be banned in schools for being ‘too rough’.

Speaking about so-called ‘helicopter parents’  – a parent who takes an overprotective or excessive interest in the life of their child or children – Dr Nikiforidou told FEMAIL: ‘In recent years there has been a huge increase in adult surveillance, and an overload of safety, as we move towards a reality where there’s no risk at all. By not allowing children to take risks – and to learn about the consequences – you make them less human, less responsible, less autonomous. We suffocate them.

‘And limiting and distorting a child’s freedom to play can have enormous negative effects on their personal wellbeing and growth.

‘Failure, mistakes, and accidents are all part of learning. Bruises should be seen as trophies of playtime.

‘Being able to appreciate and confront uncertainty is fundamental in modern times where so many changes and developments – like technological, environmental, social – are speedy and drastic.’

There’s no better place to encourage this sense of risk and freedom than by exploring the great outdoors.

The current generation has been described as going through a ‘nature deficit disorder’ by many experts, simply because youngsters are so disadvantaged when it comes to having access to the outside world.

But this has a huge implication on their wellbeing, their personalities and their health. Parents should recognise the importance of this intimate connection with nature, from which we’ve been alienated so much.

Dust yourself down and get back on the horse

This is a common discussion among parents – if your child has had an accident, how do you then move past that point where you can continue to take risks?

If you have a small traumatic experience, try to look at it retrospectively, after time has passed. Is it such a big deal for your child? Or has it impacted you more?

Accidents and injuries shouldn’t be encouraged, but we do need to be prepared for them as a part of life.

They can happen in extreme situations, or they can just as easily happen during mundane situations at home or in other so-called ‘safe’ environments.

If cuts and bruises are trophies of play, then emotional hurt is often a consequence of taking social risk – and also needs to be encouraged.

There might be an incident at school where your child tried to play with a group of kids but was rejected and had his or her feelings hurt. But whatever the outcome, it was worth the emotional risk because they put themselves out there and tried to make connections. 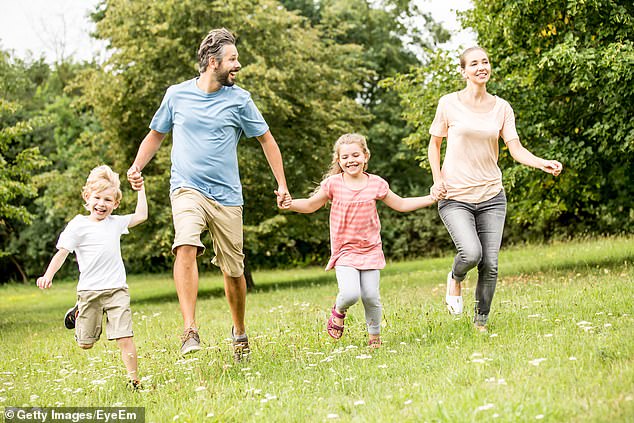 If your child is going to thrive in life, they need to have the agency to think independently, according to Dr Nikiforidou (pictured: stock image)

Talk to your child about the positives and, even if they’re shy, they’ll likely take the risk again in order to find new friends. Identify with them the positives and encourage them to share their thoughts and feelings.

Try to be a ‘risk-taker’ yourself

Children copy parents. So if you’re reserved and you don’t want to try new things, they can quickly pick up on this and act the same way, too.

And this goes for everyday, routine matters, not just whether you decide to go out mountain biking with them!

Try to find a consistent message

As parents, you might be very different when it comes to risk. One parent might embrace it while the other avoids it.

And while it’s good for a child to recognise that people can have different outlooks on life, I feel it’s really important they get a consistent message when it comes to general, everyday household routines and rules.

It’s good to have this common line – otherwise your child might end up confused.

Are you scared of eating in a different restaurant in case they don’t like the food? Do you avoid social situations with other mums and dads? Again, kids pick up on these things and then end up scared of doing anything that falls outside their routine or comfort zone. In some cases, you also might end up with a picky eater.

Don’t pretend that everything is fine

We can’t know everything as parents, so don’t try to pretend that everything is fine in life.

Don’t be afraid to cry in front of your child, or to show your frustration with a given situation. You’re an authentic human being with all the flaws that go with it, so don’t pretend to be one thing in front of your child and then act differently behind their back – because you’re not doing them any favours.

Even if you make mistakes, recognise them and share them with your child. They will then copy this emotional behaviour and understand that no-one can be perfect.

After all, they’re not stupid. They can sense when we’re not giving them the full story and if your happiness is just a pretence.

In some ways, this could actually take the pressure off parents; you can say, ‘I don’t know the answers – let’s go and find out together.’

Here’s How Where You Live Could Affect Your Health