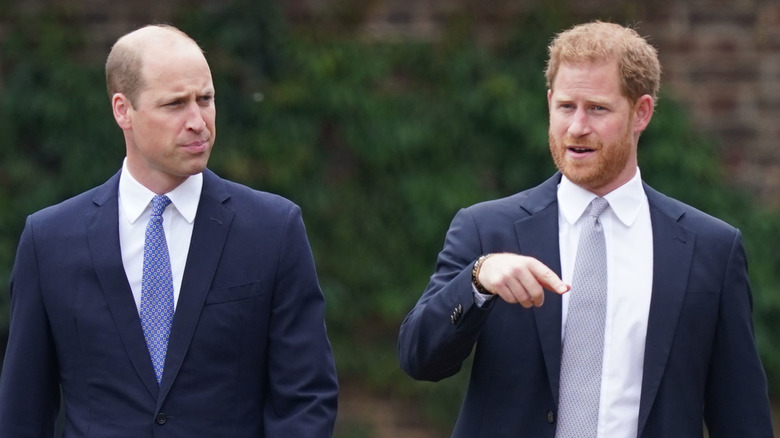 All eyes were on Prince William and Prince Harry today as the brothers joined forces to unveil a statue of their late mother, Princess Diana. The pair announced they had commissioned the statue in 2020, and the unveiling coincided with what would have been Princess Diana’s 60th birthday.

Despite rumors of ongoing tension and acrimony between the pair, they were clearly able to come together to design a statue that would mean a lot to both of them. The statute is located at Kensington Palace’s Sunken Garden, which is said to be one of Diana’s favorite spots to visit.

The princes joined forces with designer Ian Rank-Broadley and the Kensington Palace team to bring to life a statue that will go on to mean a lot to generations of the royal family. The statute is also the only one  that has ever been commissioned of Princess Diana (via The Daily Mail).

How Kensington Palace was changed for the Princess Diana statute 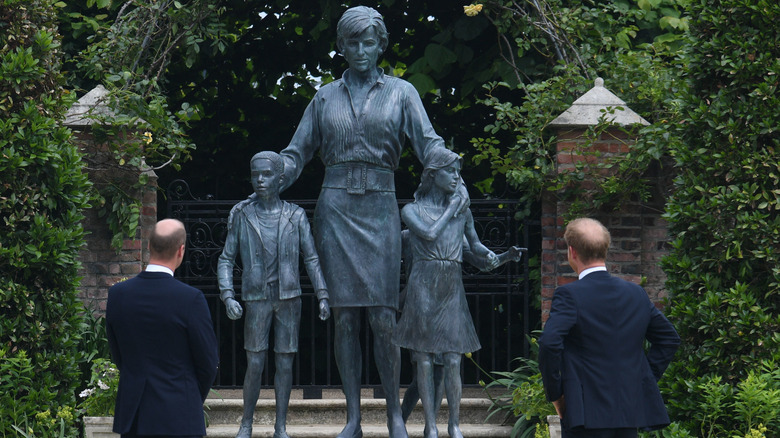 Prince William and Prince Harry worked together to redesign the garden, filling it with flowers that their mother loved. In total, 4,000 new flowers have been planted to surround the statue (via The Daily Mail).

The groundbreaking work began in October 2019, and it’s believed the work was completed by five gardeners. The flowers planted include 100 Forget-me-nots, which are said to be Princess Diana’s favorites, as well as 300 tulips, 500 lavenders, 200 roses, 100 dahlias, and 50 sweet peas. While the unveiling today was closed to the public, the gardens are open to the public typically and it’s free of charge to visit.

The Sunken Garden was designed in 1908, and has since then undergone a few transformations. The original design was inspired by Pond Garden at Hampton Court Palace, and in 2017 the garden was replanted with white flowers in honor of Princess Diana (via Historic Royal Palaces).