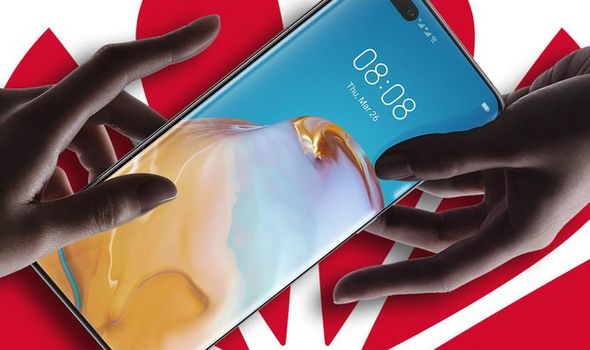 If you own a P30 Pro and have been thinking about the upgrade to the P40 Pro, Huawei has unleashed a very tempting offer. The Chinese firm has slashed the price of its latest and greatest flagship by £100 meaning fans can now take delivery of one for just £799.

If that wasn’t enough to entice you, then you’ll also find this device comes with a free Huawei Watch GT worth £199. That means you’ll be making a saving of almost £300, which may well make you sit up and take notice.

Another offer from Huawei is being able to pay for the device via three £266 monthly instalment which are totally interest free.

There’s plenty to like about the Huawei P40 Pro with its stunning design, striking 6.58-inch edge-to-edge screen, and quadruple rear-camera with a 50X zoom. It’s also powered by the speedy Kirin 990 processor and there’s access to 5G, which allows you to download files on-the-move at the fastest mobile data speeds around.

Other features worth mentioning include the reverse wireless charging to charge your earbuds or friends’ phones from the back of the P40 Pro, 256GB of internal storage, and an embedded fingerprint scanner under the screen. With a price cut and all those flagship features you might be running to hit the “buy now” button but, like all new Huawei phones, there is a major problem with the P40 Pro.

As you may be aware, Huawei remains on the US blacklist which means the firm is blocked from dealing with companies based in America.

Sadly, the ban includes Google so you won’t find any of the popular apps or service from the tech giant including Google Maps, Gmail, Google Photos or the hugely popular Play Store. Huawei is doing its best to beat the ban by launching its very own store called the App Gallery but it’s still a long way off matching Google’s offering.

Huwaei is even warning consumers about the issue with a message on its website. It states: “The HUAWEI P40 Series runs on Android 10 Open-Source, using Huawei Mobile Services (HMS) and the latest EMUI 10.1. This means that Google Mobile Services are not integrated. This device does not come with Google Play Store.”

There are ways around the ban including using Huawei’s Petal search which tracks down apps via the web and the Huawei App Gallery is getting better all of the time.

There’s no question that the P40 Pro’s hardware is some of the best we’ve this year and the new price makes it seriously tempting. You just need to decide if you can live without Google.

Majorca's Deia has shed its racy image – but it's still intriguing