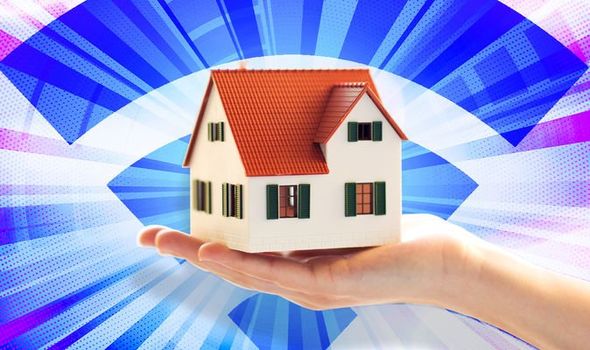 More than half of broadband customers in the UK now have access to next-generation fibre speeds up to 1,000Mbps, according to the latest data from ThinkBroadband. That’s a humongous increase. Back in July 2021, ThinkBroadband estimated that around 41.72 percent of broadband users had access to gigabit-capable connections.

That surge from 41.72 to 50.23 percent in the last few weeks is the result of Virgin Media’s upgrade of its existing network. Virgin Media has been busy overhauling its existing Hybrid Fibre Coax (HFC) lines, which offer faster speeds than Openreach’s ageing copper cables but can’t quite reach the dizzying heights of full-fibre connections, to fibre-to-the-premises. It’s the latter than can top-out at more than 1,000Mbps.

Virgin Media recently announced that 10 million premises have been upgraded to gigabit-capable connections, with plans on track to reach 14.3 million homes by the end of the year, which should see the percentage of UK homes able to access gigabit download speeds jump again.

The fact that half of all broadband customers can now access download speeds of 1,000Mbps is a huge milestone. For years, average home broadband speeds in the UK have languished behind neighbours in Europe. Earlier this year, the UK Government quietly confirmed plans to water-down its commitment to bring gigabit-capable broadband to the entire country by 2025. The pledge to connect every home in the UK with full-fibre cables was a key part of Prime Minister Boris Johnson’s manifesto during the last general election.

Boris Johnson’s Government is now committed to bring faster internet speeds to only 85 percent of premises within the next five years. Campaigners have raised concerns that the remaining 15 percent, which are often located in areas that aren’t commercially viable for telecom brands, won’t get the upgrades they desperately need. According to Ofcom, there are around 600,000 homes and businesses in the UK without access to broadband speeds above 10Mbps.

MORE LIKE THIS
Slow broadband? What all BT, Virgin Media and Sky users need to do

Hyperoptic is one of the newest kids on the block. It’s not available as widely as BT, Sky or Virgin Media, but if you’re lucky enough to have its gigabit-cable broadband cables in your street – there are some amazing deals to be had. With no upfront cost or installation fees, this 50Mbps bundle is usually £25 a month, but Hyperoptic has slashed that price as part of its latest flash sale. So, you need to be fast!

BT has launched a new “homebuyer” deal that cuts the price of some of its fastest fibre broadband packages in half for the first three months …and don’t worry, you don’t need to prove that you’ve recently moved house to qualify. After the first three months, your monthly bills will rise to £34.99 a month for the rest of the contract

Vodafone has kickstarted a new “Switch and Save” deal, which offers new customers the chance to sign-up to its home broadband plans for less than £20 a month. If your broadband is out of contract, Vodafone estimates that you can save as much as £300 by switching to one of its newly discounted plans

NOW is currently offering its fast Super Fibre broadband package for just £22 a month, which includes unlimited downloads at speeds of over 60Mbps. There’s also free calls included, and there are exclusive discounts available if you add a NOW TV pass to unlock access to Sky’s exclusive channels and movies too

TalkTalk is offering its fibre broadband at a discounted price, with customers now able to access to the web from just £23 per month. You will need to pay a one-off £4.95 charge for the postage of the new Wi-Fi router, but that’s it. TalkTalk says to expect 38Mbps download speeds, which isn’t the fastest …but it’s a very affordable package that could seriously reduce your monthly outgoings.

While you might not associate Shell Energy with broadband, the company offers decent download speeds at competitive prices. And since it runs on BT’s Openreach network, you’re likely to already have the right infrastructure in your street. Right now, Shell has slashed the cost of its Fibre Plus package from £35.99 a month down to £25.99 for the duration of your contract. Bargain!

Virgin Media will slash the price of its full-fibre broadband bundles when you decide to add a phone line (don’t worry – you don’t have to use the phone). This means you can get 108Mbps speeds for just £27 per month, which is much more affordable than its broadband-only bundle for the same speeds

With a guaranteed download speed of 50Mbps, this package has more than enough bandwidth to stream Netflix and Disney+ in Ultra HD without issue. Downloads are all unlimited too, so no worries about any hidden charges. No one-off charges to get set up either!

If you’re looking for the ultimate broadband speed at home, this bundle from Community Fibre is sure to blow your hair back. Unfortunately, Community Fibre doesn’t quite have the reach of BT and Virgin Media, but if you live in an area served by its network, it offers next-generation speeds for significantly less than its more established rivals

Meghan Markle Reflects on Experience With Racism in Resurfaced Video