Home » Lifestyle » I’m Pregnant And Worried About The Coronavirus. Here Are The Expert Answers To My FAQs. 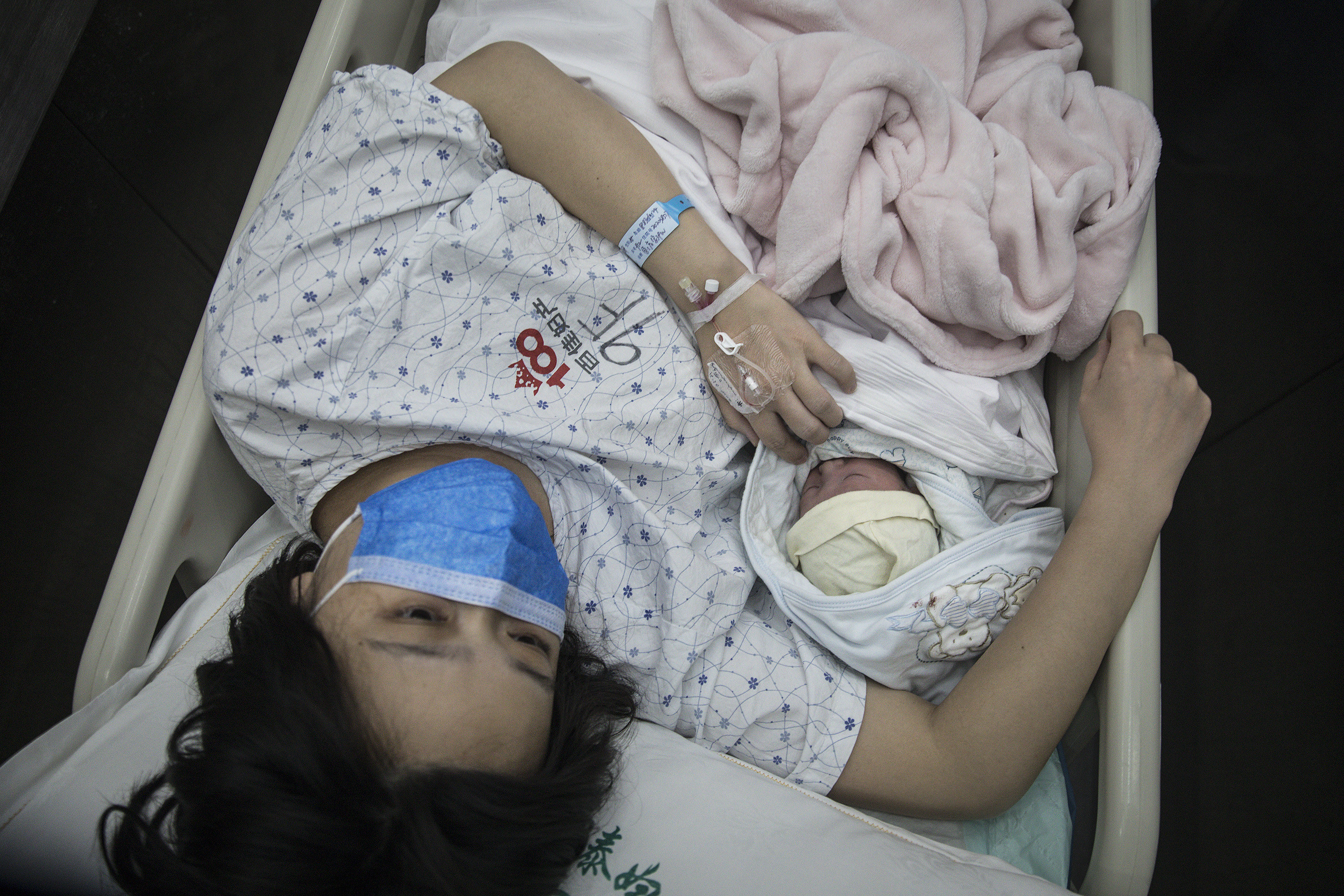 A pregnant woman and her newborn baby are transferred by a nurse in Wuhan, China.

Pregnant women already have so much to worry about. Is this cheese pasteurized? Do I care? Am I eating enough? Am I eating too much? Did I remember to take my prenatal vitamin this morning? Is that a normal pain in my stomach or something more serious? And last but not least: Am I worrying too much?

These questions have been constantly bouncing around my brain as my belly has grown bigger and bigger over the last several months. But more recently, a new source of worry has crept in: the coronavirus outbreak. And speaking with other pregnant women and new parents, I know I’m not alone.

The disease COVID-19 was first detected in the Chinese city of Wuhan last December and has since spread to more than 80 countries. There have been more than 94,000 infections and 3,000 deaths, the majority occurring in China. But the epidemic is shifting to become more of a global problem: In recent days, most of the newly identified cases have come from countries outside of China, hitting especially hard in Iran, Japan, Italy, and South Korea.

Due to faulty testing in the US and overly narrow diagnostic criteria that missed non-travel-related cases spreading on US soil, there’s been a delay in reported infections. So far, at least 148 cases have been detected in the country, including infected people repatriated from abroad, and 11 people have died. But that number is expected to grow substantially.

“What is happening now in the US may be the beginning of what is happening abroad,” Nancy Messonnier, director of the CDC’s National Center for Immunization and Respiratory Diseases, said in a press conference on Tuesday.

These numbers are scary for lots of people. But I’ve had to juggle an added stress: what could the coronavirus outbreak potentially mean for my pregnancy? Rather than submit to panic and stress, widely known to be bad for unborn babies, I decided to find some answers. Here’s what we know so far about the risks that COVID-19 poses to pregnant women, new moms, and infants — and recommendations for how to prepare and respond.

Are pregnant women more at risk of catching COVID-19 or experiencing severe symptoms?

Unfortunately, like a lot in this epidemic, there isn’t yet enough evidence to know. But in general, pregnant women are more at risk of catching viral respiratory infections such as the flu, and then feeling the impacts more severely. This is because pregnant women have weaker immune systems, as their bodies are working overtime to create a baby. But that shouldn’t be cause for alarm.

“There’s some illnesses that pregnant women are more susceptible to,” Roger Shapiro, an associate professor of Immunology and Infectious Diseases at Harvard, told BuzzFeed News. “And we do not know right now if COVID-19 is going to be one of those.”

Looking at the numbers of reported infections and deaths out of China, the most vulnerable group appears to be the elderly, especially men, and people with underlying diseases, such as heart disease, lung disease, and diabetes. And the CDC is warning that those most at risk of catching the virus in the US are those in close contact with already infected people.

In a WHO investigation of 147 pregnant women who got infected, only 8% had serious impacts and 1% were in critical condition. Of the 147 women, 64 were confirmed to have the disease, 82 were suspected, and one was not showing symptoms. Again, this study is preliminary and based on a really small sample size, so it’s hard to draw conclusions just yet.

In limited data on other respiratory outbreaks, like SARS in 2002 to 2003 and MERS, which first appeared in 2012, pregnant women had a slightly higher risk of miscarriages and stillbirths, according to the CDC. Both MERS and SARS are caused by viruses in the same family as the new coronavirus. 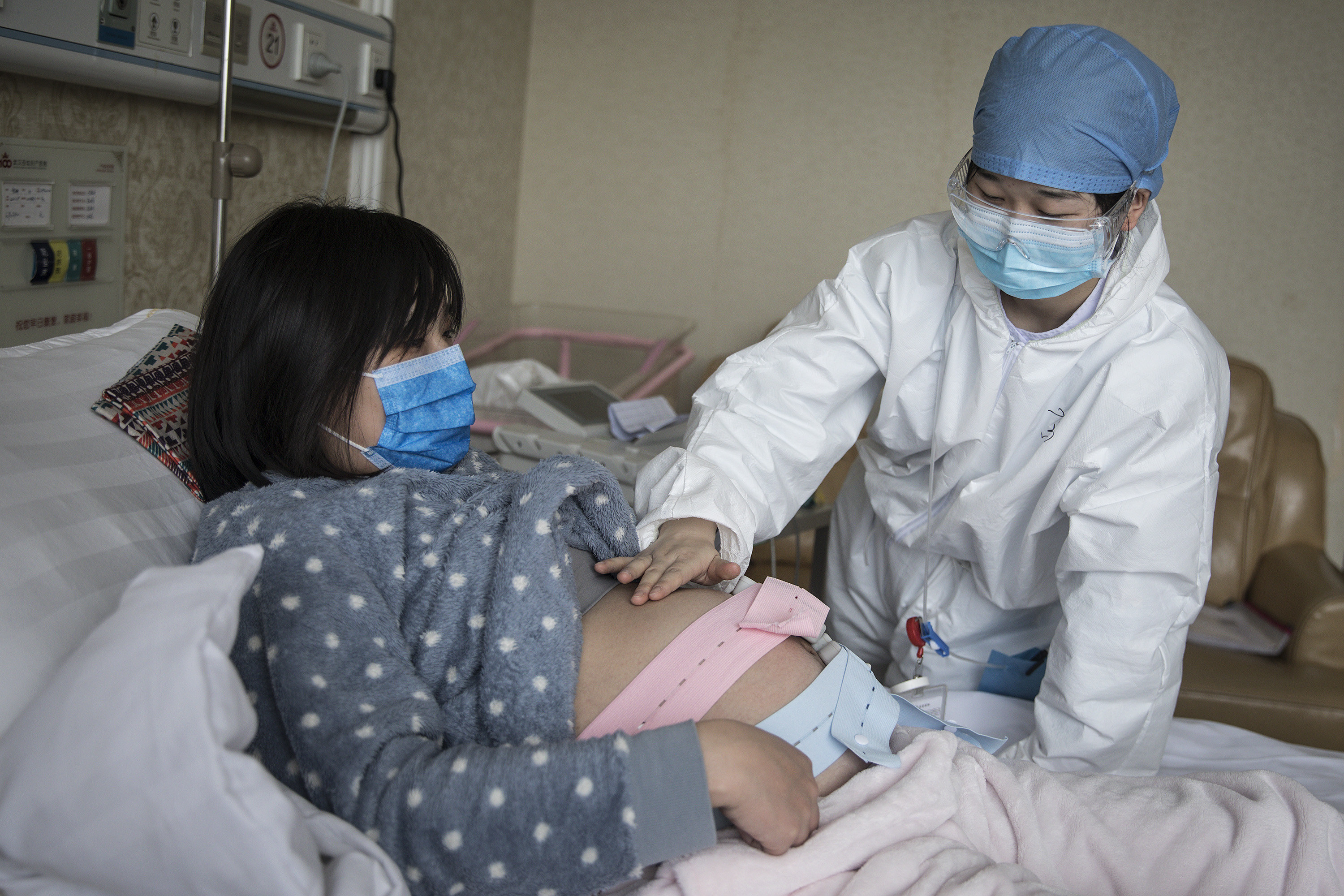 A nurse examines a pregnant woman in a private obstetric hospital in Wuhan.

What’s happened to pregnant women who have been infected with the new coronavirus so far?

Beyond the WHO report mentioned above, there have been at least 21 detailed cases reported of pregnant women in China getting infected.

According to a Lancet study published last month, of the nine pregnant women reportedly admitted to the Zhongnan Hospital of Wuhan University in China in late January, seven had a fever, four had a cough, three had muscle pain, two had a sore throat, and two reported general discomfort.

“None of the patients developed severe COVID-19 pneumonia or died, as of Feb 4, 2020,” per the study authors. Four of the nine women birthed their babies early, although beyond the 36-week mark. It’s unknown if this was due to the illness or not. The babies were born relatively healthy.

An additional three pregnant women, diagnosed with the disease in early February, gave birth at the Tongji Hospital in Wuhan, according to a working paper published on February 25. Two of the women had a fever, and one had a cough; none of them experienced the most severe symptoms during the study period. All three babies were born with no major complications.

A third study in the journal Translational Pediatrics looked at five Chinese hospitals where nine infected pregnant women gave birth to 10 babies. The most common symptoms in the women were coughing and a fever. While four of the babies were delivered full-term, six were premature, and some experienced shortness of breath or a fever. By the end of the study, five babies had been discharged, four remained at the hospital in stable condition, and one died after experiencing organ failure.

Are babies more vulnerable to the disease?

Again, there is not enough evidence to say definitively, but the evidence so far indicates that babies are not severely affected.

According to one study in the Journal of the American Medical Association that detailed infections in nine Chinese babies, all between 1 to 11 months old, none of the infants “required intensive care, mechanical ventilation or had any severe complications.” All nine infants had at least one known infected family member.

“The really good news is that infants do not appear to get severe disease, but there’s been really, really little data so far,” Shapiro said.

How do I avoid getting myself or my baby sick?

“First and foremost, get a flu shot,” said Shapiro. The flu is still much more prevalent in the US than the new coronavirus, and it’s known to pose a danger to pregnant women and babies, he added. Babies can get flu shots starting at the age of six months.

Moreover, follow all the same precautions the CDC and public health officials are recommending for the general population, including washing your hands with soap and water for 20 seconds, and making sure to wash your hands frequently; avoid touching your face; regularly wipe down surfaces with soap and water or alcohol-based cleaners, both of which can help kill viruses; and, most of all, avoid people who you know are sick.

You can also help reduce your risk by maintaining a generally healthy lifestyle, such as eating right, working out, and getting enough sleep, according to Rahul Gupta, chief medical and health officer at the maternal advocacy group March of Dimes. 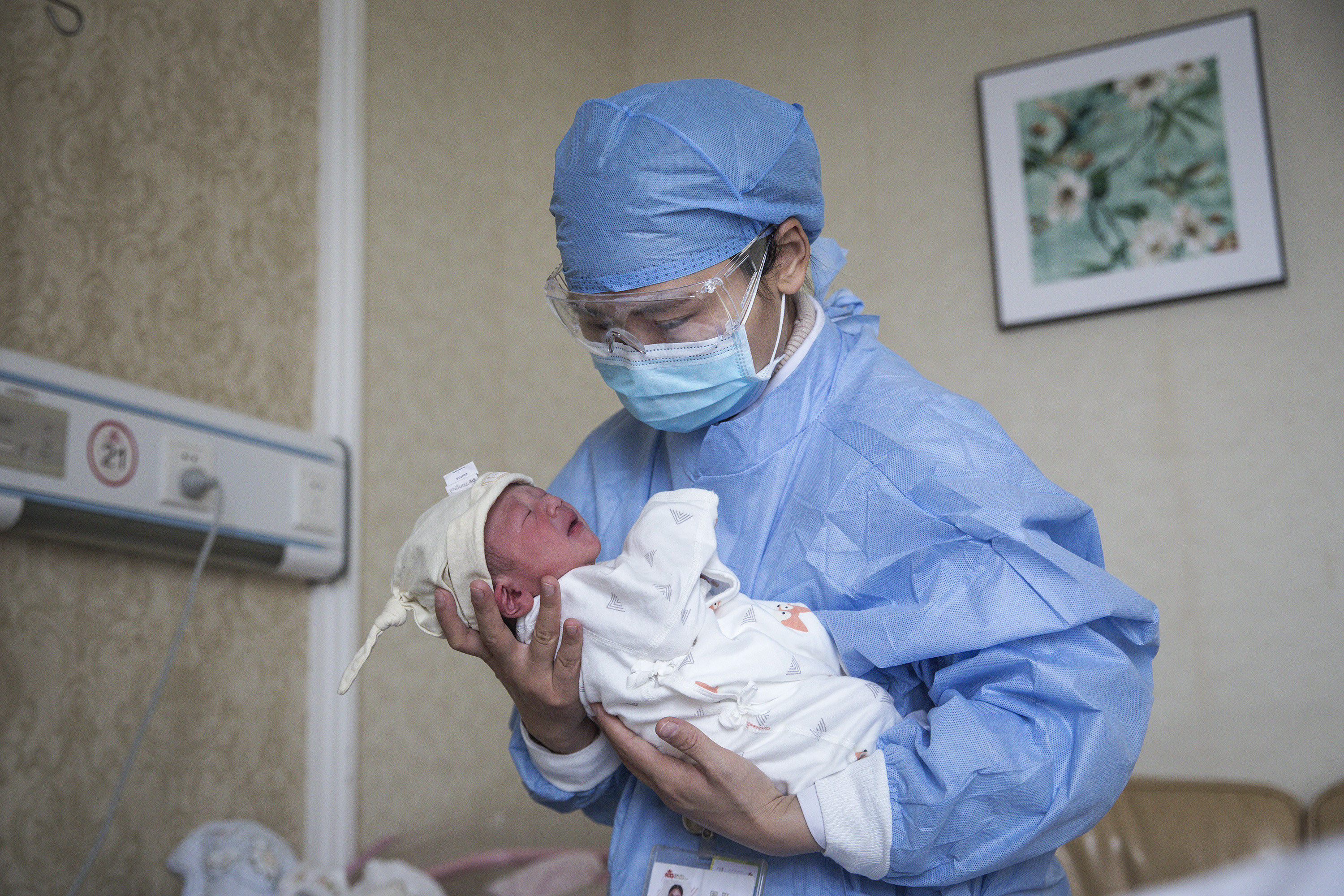 What should I do if I think I’m sick — or if my baby is sick?

You should immediately contact your medical provider by phone. If you’re pregnant, even a mild fever can pose a risk to you or your unborn baby, and young babies are also considered vulnerable to disease.

If a doctor deems it is appropriate, try to get tested for both the flu and COVID-19. Previously, coronavirus testing in the US was restricted to people that fit specific criteria, such as if they came from an area known to be experiencing an outbreak or were in close contact with a known sick person. But that’s about to change.

“Today we will issue new guidance from the CDC that will make it clear that any American can be tested, no restrictions, subject to doctor’s orders,” Vice President Mike Pence, who is overseeing the nation’s coronavirus response, said on Tuesday. But it’s still unclear what health departments have testing capabilities.

“If you have been exposed, make sure your provider is aware,” said Gupta. “It’s important to get diagnosed early and to be monitored.”

If I’m a sick mom, can I still breastfeed my baby?

The conventional wisdom is that a sick mom should continue to breastfeed her young child, because her milk may contain antibodies and other vital nutrients. So far, the few studies that have analyzed breastmilk have not found traces of the virus present.

“I think feeding breastmilk to the child remains something that should continue to be done, especially in places where replacement feeding is not safe in much of the world,” said Harvard’s Shapiro. “We do not have any evidence right now that the virus is in breastmilk.”

The trickier question is whether the mom should directly feed the baby, or pump and have an uninfected person use a bottle. If a mom does continue to keep breastfeeding directly, she should wear a mask, take precautions to not cough or sneeze on the baby, and wash hands before and after feeding, according to the CDC.

Here is the CDC’s COVID-19 guidance for pregnant women and an advisory from the American College of Obstetrics and Gynecologists.