Home » Lifestyle » Immigrants Waiting At The Mexican Border Are At High Risk Of Contracting The Coronavirus, Experts Warn

“Imagine how much worse it is when you’re living in a refugee camp in one of the most dangerous parts of the world.” 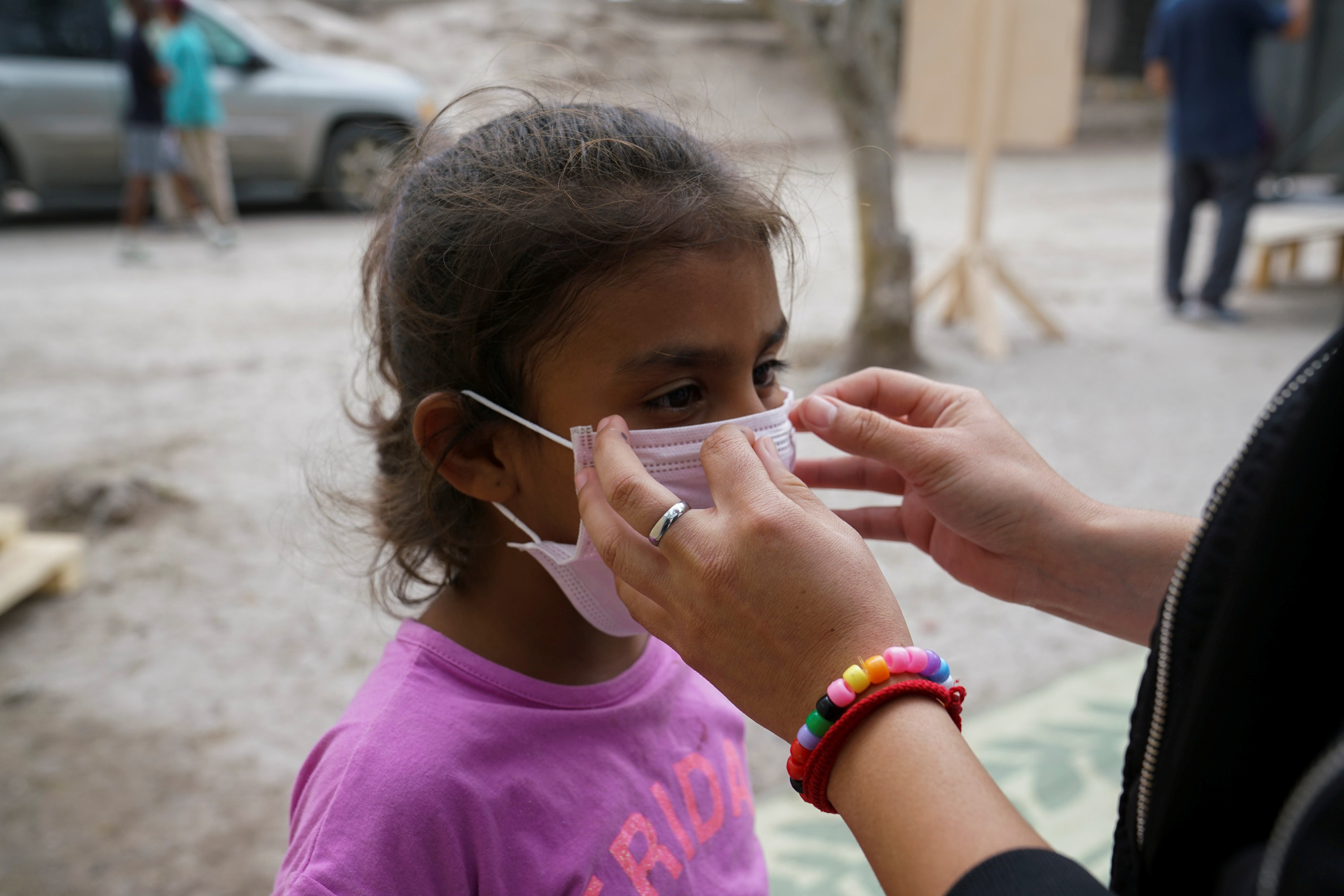 Health care providers south of the US–Mexico border are gearing up for potential coronavirus infections among immigrants waiting to make their way north, a population they say is at higher risk because of underlying medical and living conditions.

Helen Perry, operations director of Global Response Management, an organization providing free health care to hundreds of immigrants and asylum-seekers living in a makeshift encampment in the Mexican city of Matamoros, said it was very possible they could see a higher mortality rate than the 2.3% seen in a China-based study of 72,314 cases.

“We’re talking about a population that is moderately malnourished, consistently dehydrated, and constantly fighting some form of gastrointestinal infection from not great sanitary conditions,” Perry told BuzzFeed News. “On top of that, they’re in incredibly close living quarters, they’re essentially on top of each other.”

As of Tuesday, Mexico had 82 cases of COVID-19 compared to the United States’ 5,702, according to Johns Hopkins University. Still, access to public health services is generally difficult for Mexican nationals, Perry said, let alone immigrants.

The Trump administration has sent back some 60,000 immigrants and asylum-seekers to wait in Mexico while their US immigration cases are completed. The Migrant Protection Protocols (MPP), unofficially known as the Remain in Mexico policy, has forced thousands who decided to fight their cases to live in tents on sidewalks near international bridges, above the banks of the Rio Grande river, and overloaded shelters. 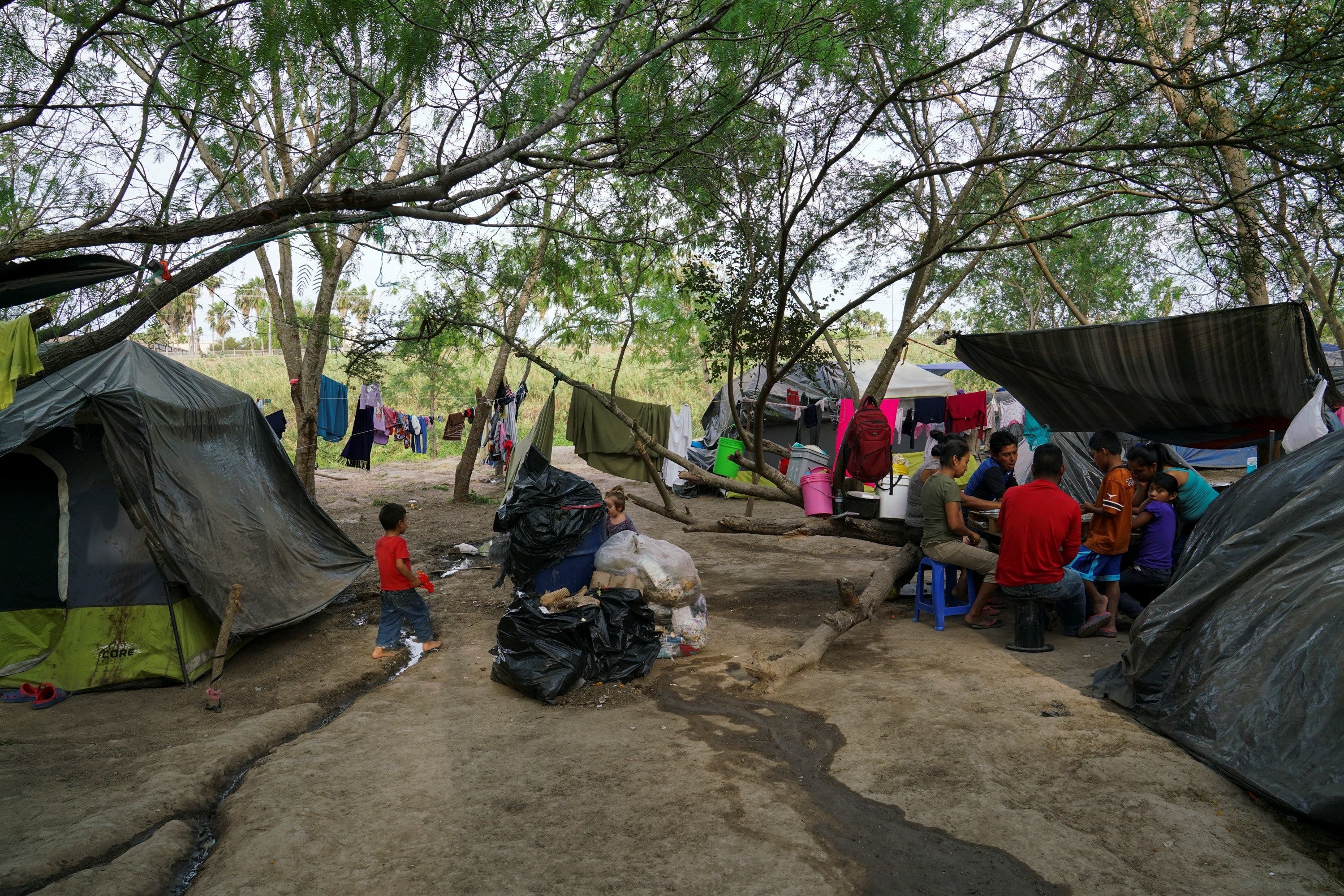 Even before the outbreak of the coronavirus, medical professionals like Perry were concerned about the health of immigrants living in these conditions. In some cases, when nurses and doctors with Global Response Management would refer immigrants living at the encampment in Matamoros to local hospitals, they would come back having not been properly tested or treated, Perry said.

That concern has grown with the realization that Matamoros doesn’t have the resources to deal with a large number of cases that could potentially need intensive care. There are about 10 ventilators and 40 ICU-level hospital beds. If immigrants were considered a low priority before, it will only get worse, Perry said.

Her organization went from thinking it would have to go tent to tent checking on people to trying to fundraise $500,000 for a field hospital with 20 beds for immigrants and Matamoros locals who may need it. It has raised $350,000 so far.

“We treat everybody,” Perry said. “We have concerns that the late-stage planning is a step short of what we need to protect the population we are serving, so we are therefore planning for the worst-case scenario.”

Another concern is the anti-immigrant sentiment among Mexicans in Matamoros that’s been growing.

“In Matamoros, the Mexican government targets them and blames them, so this just puts them in a worse situation,” Perry said. 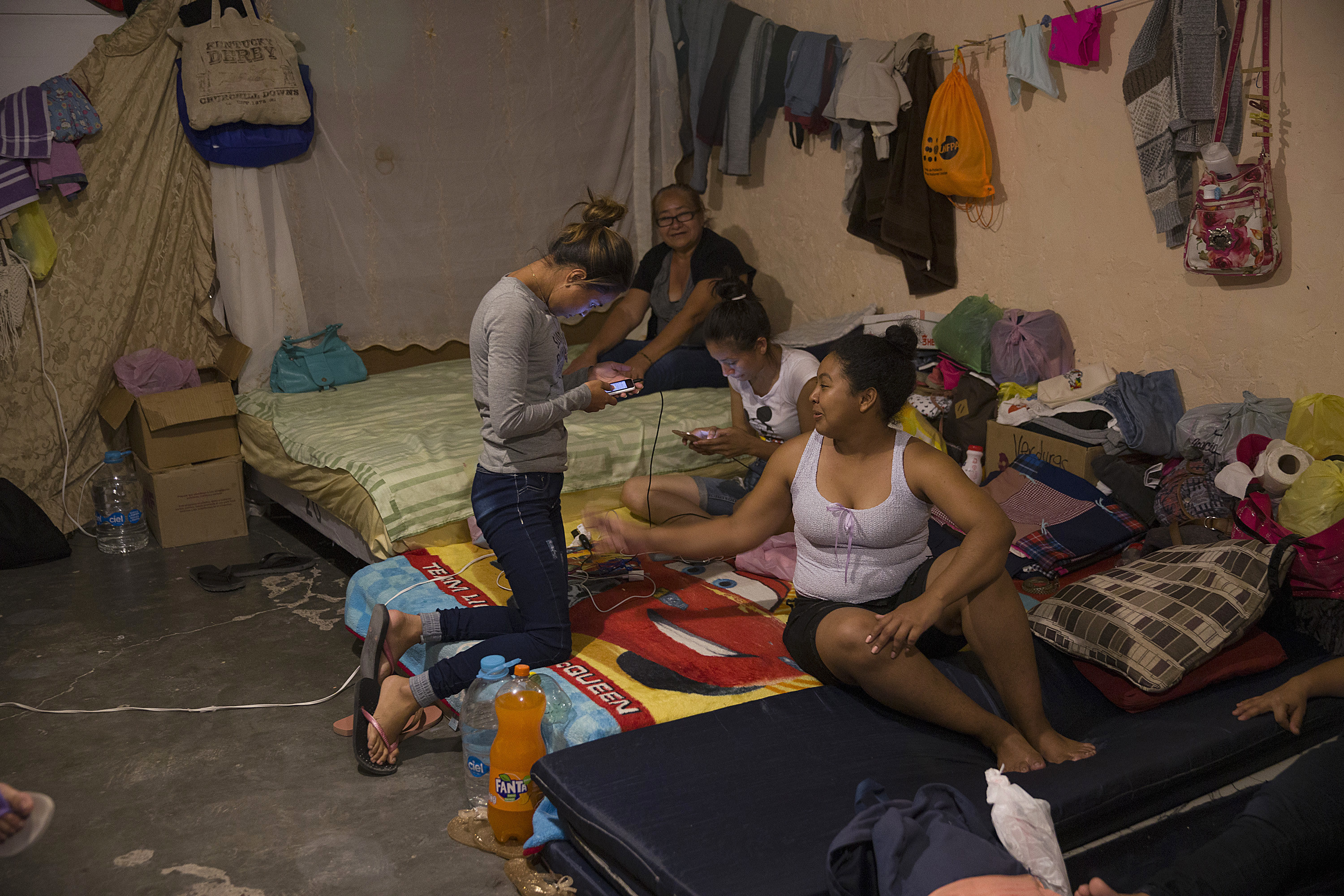 Taylor Levy, an immigration attorney who recently moved from El Paso, Texas, to Ciudad Juárez in Mexico fearing the border will be closed and she won’t be able to work with immigrants, has been visiting some of the 20 shelters in the city.

The shelter operators are working hard to feed, clothe, and keep immigrants safe, but they don’t have all the resources they need, Levy said. People are packed into small rooms, there’s standing water at some shelters, and some bathrooms don’t have soap.

“They’re working incredibly hard, but shelters are simply not a good place for anyone to live,” Levy told BuzzFeed News.

Levy and other immigrant advocates have been calling for a halt on immigration court hearings for people in the Remain in Mexico program in order to stop the spread of the coronavirus. When immigrants show up at the border before dawn for their hearings, they are put in CBP holding cells and then bussed to courtrooms, conditions that could spread the virus.

On Tuesday, BuzzFeed News reported that US immigration offices across the country are slated to temporarily close as a result of the spread of the coronavirus.

“It was absolutely devastating to explain to people that their court hearings might get canceled, some people have been waiting a year,” Levy said. 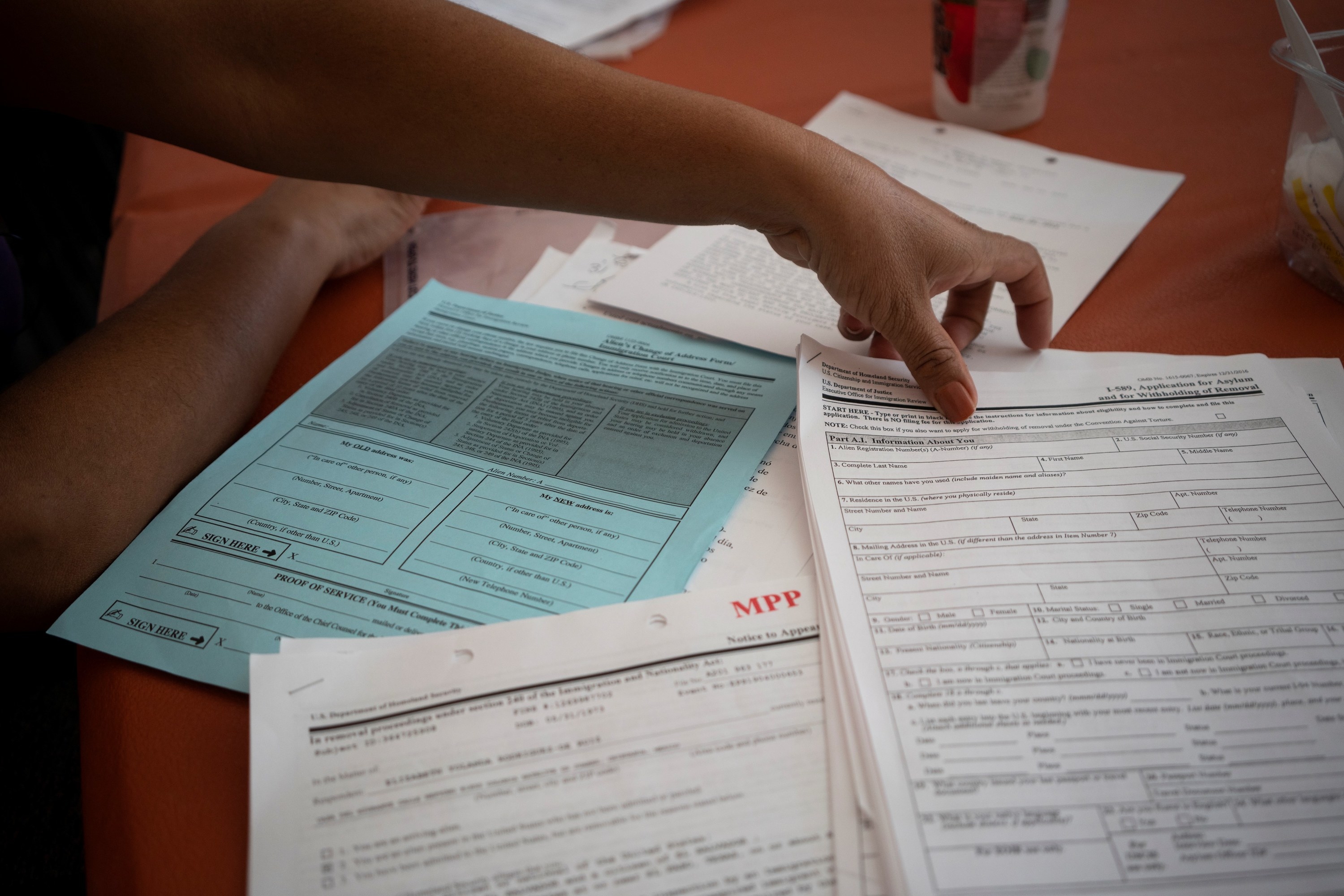 The US should allow immigrants with upcoming court hearings to be paroled into the country to be with family instead, and continue their cases from there instead of being sent back to Mexico, Levy added.

“As a physician I’m incredibly concerned with their well-being because they’re not able to socially isolate,” Janeway told BuzzFeed News. “A lot of the shelters are very packed, closed aired, and have limited resources for hygiene.”

Janeway is especially concerned about pregnant women — there are about 20 who are expected to give birth in March — as well as immigrants over 50 years old.

Physicians with Refugee Health Alliance have been meeting with shelter operators to go over best practices and when to send people with symptoms to the hospital. 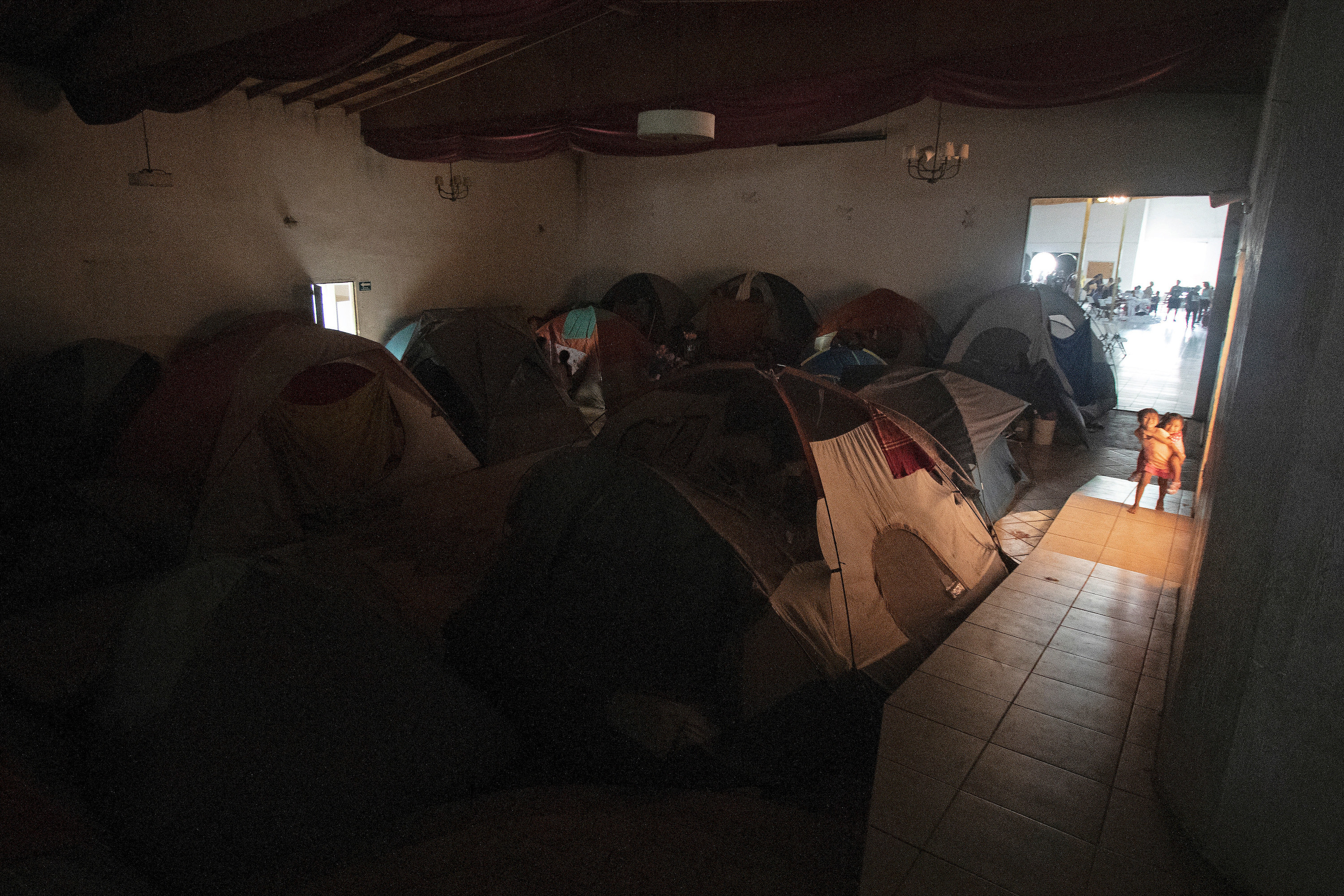 The Mexican health system is already overloaded by its own population, Janeway said, let alone the additional immigrants, asylum-seekers, and deportees from the US. It’s difficult for immigrants to access health coverage; Tijuana General Hospital always has a hard time meeting the needs of the people who show up; and there aren’t enough respirators for those who may need it if the coronavirus spreads as it’s expected to.

“I don’t think migrants are going to be the first priority when the Mexican government starts making decisions about who to treat and who not to treat,” Janeway said.

Perry, of Global Response Management, said immigrants living in the Matamoros encampment can’t self-isolate, quarantine, or go anywhere that would allow them to.

“This has the potential to be catastrophically ugly,” Perry said. “I would encourage people who are feeling anxious and uncertain about even going out because of the coronavirus to imagine how much worse it is when you’re living in a refugee camp in one of the most dangerous parts of the world.”