Indonesia was rocked by a major 6.9 magnitude earthquake today, according to the USGS, which struck earlier to the northwest of Saumlaki. Officials have released warnings for the area due to the powerful tremors. 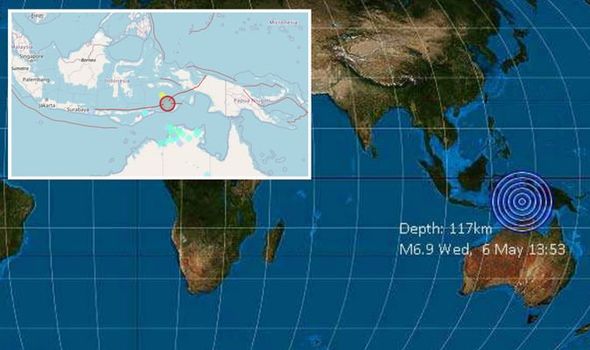 Is there a tsunami warning in Indonesia?

According to the US-based tsunami.gov there is not currently a tsunami warning for Indonesia.

They registered the earthquake, but have not issued any alerts for the country today.

Instead, the USGS has issued advisories for potential loss of life and economic damage in the immediate aftermath of the shocks.