Reese Witherspoon gushes over her lookalike kids: ‘I’m lucky to be their mom’

The editor-in-chief of InStyle shut down critics after they accused the magazine of Photoshopping Reese Witherspoon to appear younger in a new cover shoot.

“Hey team, for those commenting on retouching, the brief was super sexy, a heavy eye and big hair,” Laura Brown, 47, wrote in a comment on InStyle’s Instagram, after viewers surmised that Witherspoon had been edited to look more youthful.

She added, “You rarely see Reese like this –which was the point. We are not in the business of embalming women at @instylemagazine.”

Witherspoon, 45, was seen posing in a sexy Dolce & Gabbana bodysuit and shorts, with her hair blown out in a fuller style. She also rocked a smokey eye, giving the Southern belle a much edgier vibe.

Several people accused InStyle of retouching Witherspoon’s photo to make her appear younger, claiming that the actress was “unrecognizable.”

“Did she approve this edit? This does not look like her,” one person asked. 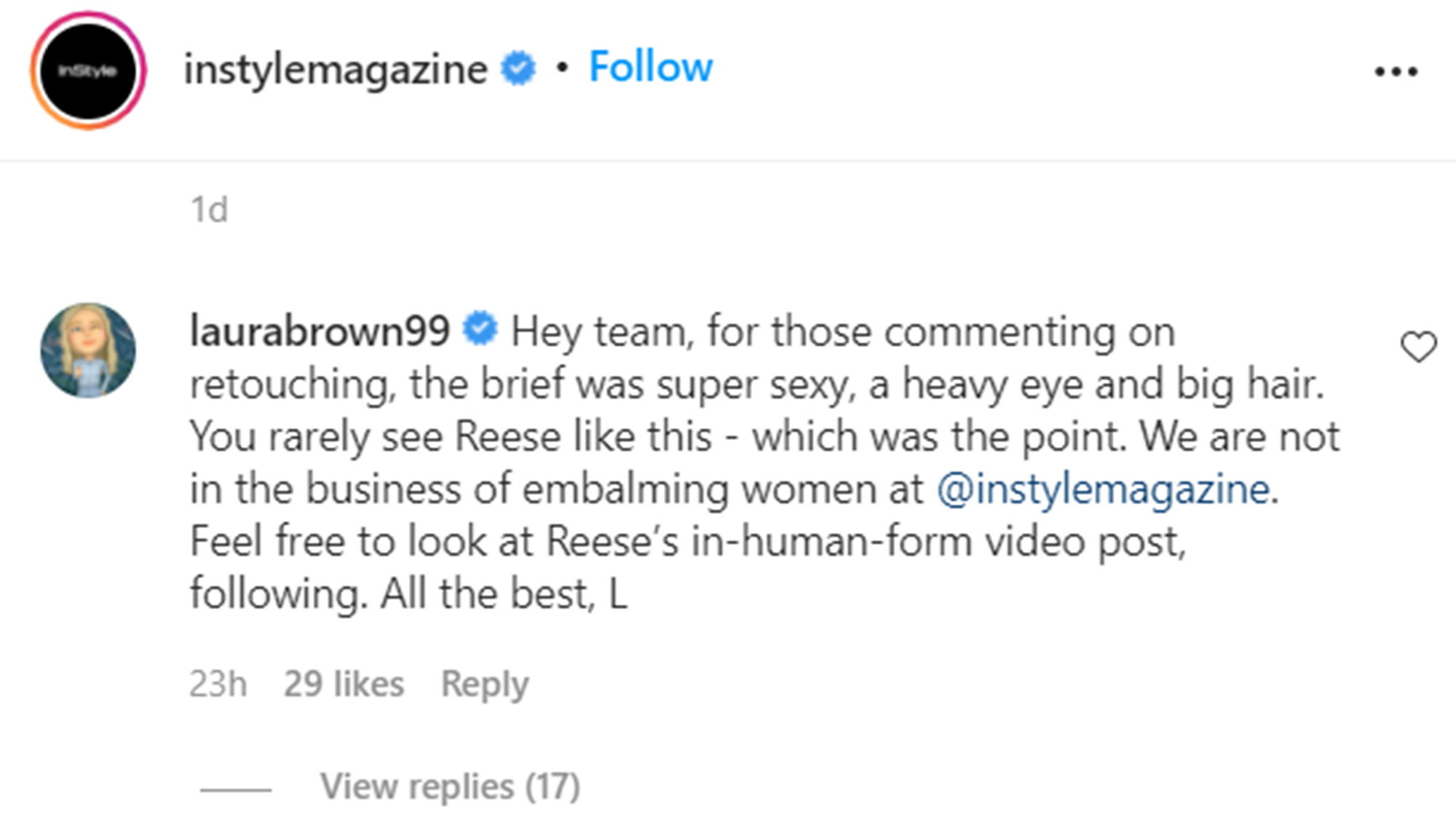 “Come on, as if she needed any retouching! Just take a beautiful picture! 🤬,” a second person said.

“Unrecognizable. What did you do to this gorgeous woman 😢,” someone argued.

“This is an awful retouching! I thought it was her daughter. smh,” another added. 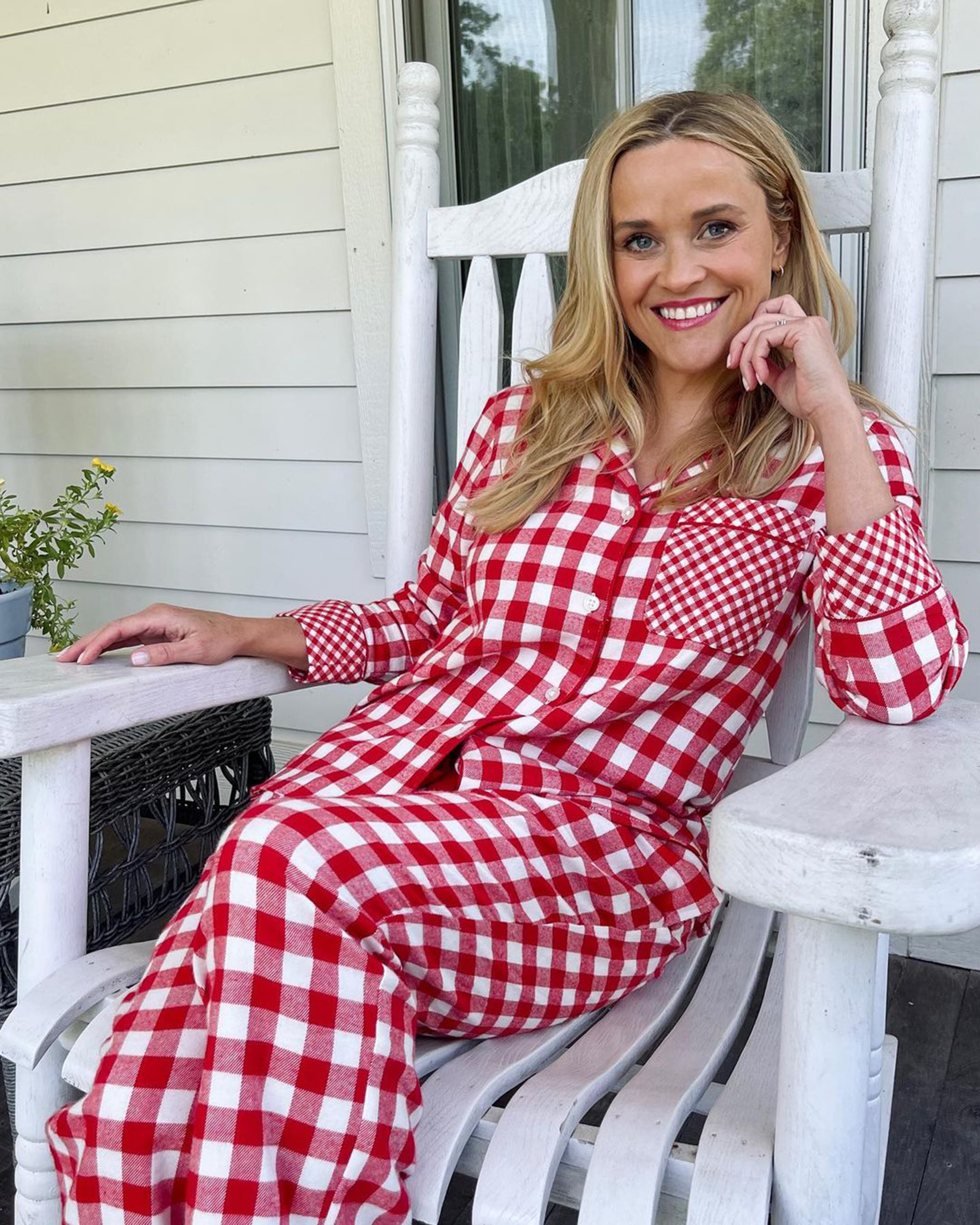 It appears ”The Morning Show” star is unbothered by the cover shoot, however, as she posted it to her own Instagram to share with her followers. 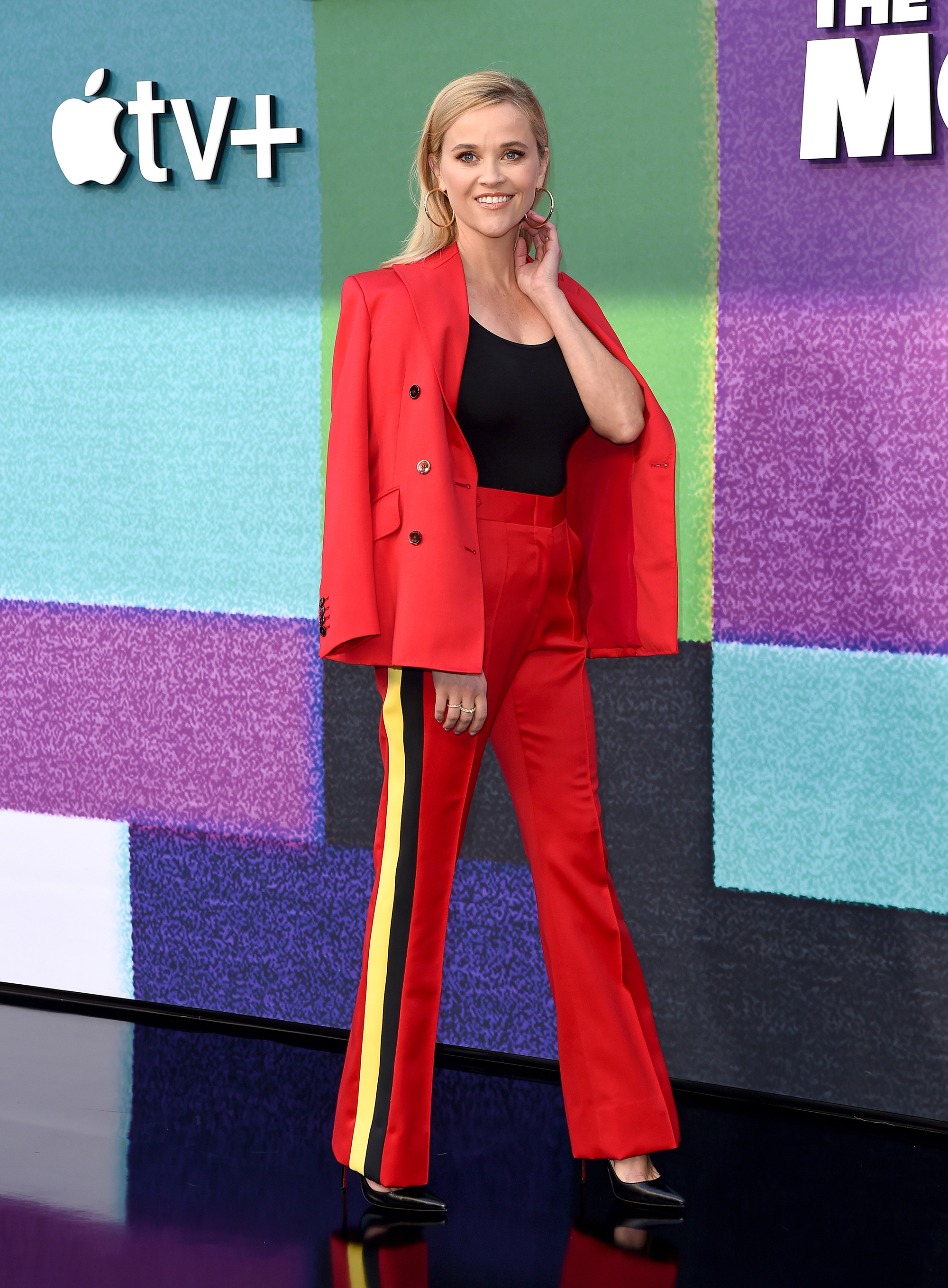 “Oh heyyyyy @instylemagazine! Thanks for putting me on this month’s cover! ✨,” she captioned her post, adding, “HUGE thanks to the creative team that made me feel like a Real Sassy Badass Biz Woman and biggest hug saved for my fellow badass biz lady @gayleking, who helped me unpack @themorningshow, what it means to be a journalist today, the sale of @hellosunshine and why women should learn to flex more! Check it out ☀️💫✨.”