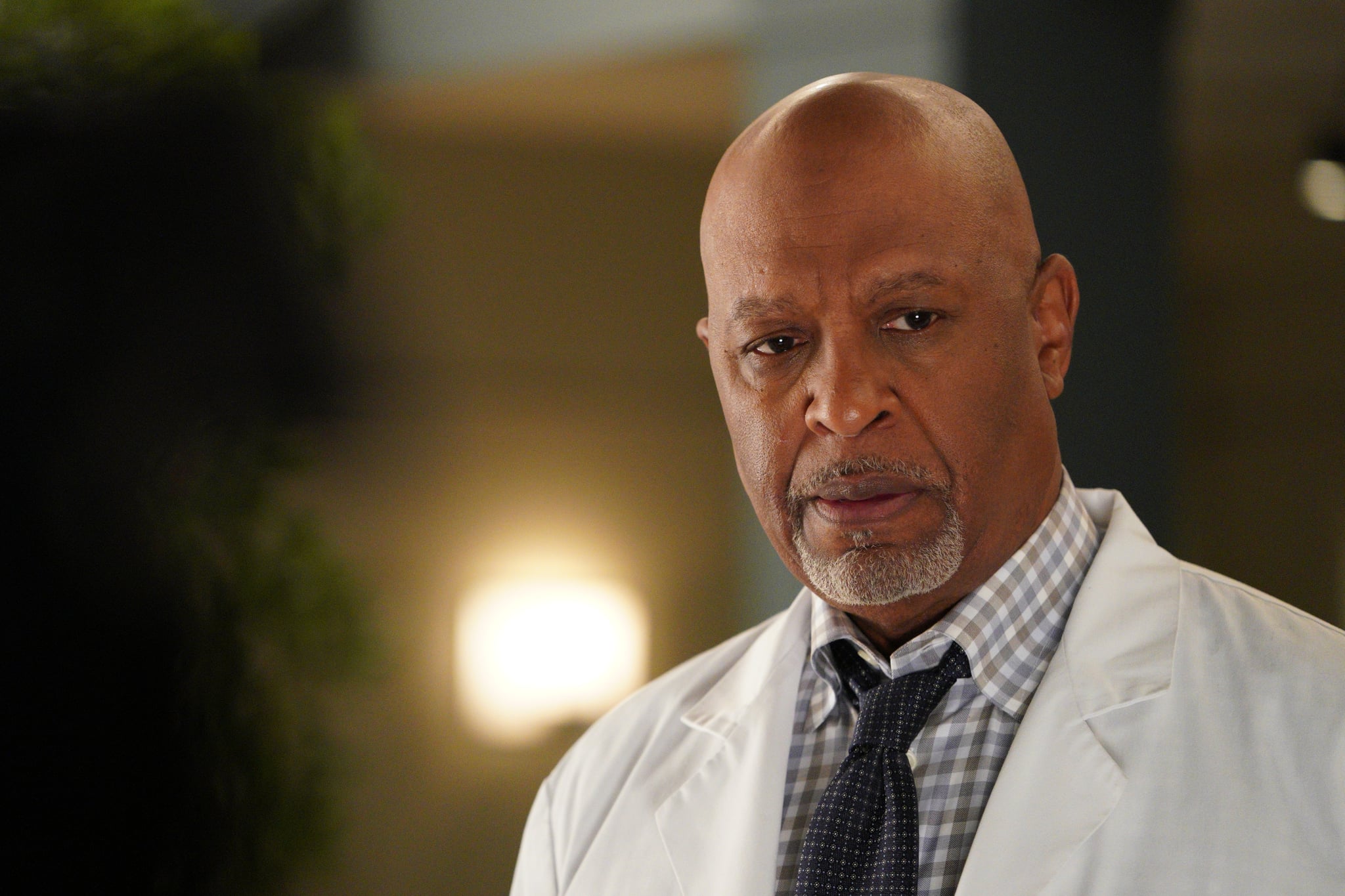 We really can’t have lasting happiness on Grey’s Anatomy, can we? After braving deaths, natural disasters, crashes, and more, we now have to worry about Richard Webber. His current heartbreaking storyline already has viewers wondering if James Pickens Jr. is on his way to exiting the series on the heels of Justin Chambers’s shocking departure. There’s no indication that Pickens Jr., an original cast member, is leaving Grey’s any time soon, but we’re still reasonably anxious about his fate on the medical drama.

The season 16 Grey’s Anatomy’s episode “Love of My Life” was, frankly, a lot to handle. The only ounce of joy within that installation was Maggie’s hookup with a hot, dreamy doctor. Otherwise, Grey’s Anatomy pummeled us with tragedy after tragedy, featuring McWidow’s backstory, Teddy’s past affair with a woman who died, and, to top it all off, Richard’s breakdown at the medical conference while presenting his path pen.

While prepping for his talk, Richard runs through his ideas with Catherine, who he recently had a tiff with. But in a Twilight Zone kind of twist, we learn towards the end that Catherine is really in Seattle watching his speech on the computer. At the podium, Richard incoherently speaks about having the cure to cancer, ushering the audience through slides full of random doodles. When Maggie guides him down from the stage, he says that he doesn’t know who she is.

Richard’s breakdown has been building up for a while now, putting viewers on edge for most of season 16. A few episodes before, we saw Richard getting hand tremors while talking to the (fake) surgical intern played by Beanie Feldstein. Not long after, he announced that he was stepping back from surgery. All signs point to Richard developing Alzheimer’s, relapsing into alcoholism, or suffering from an underlying illness.

Richard’s symptoms have fans up in arms, that’s for sure. He has been with us since the first season, and to see him fall apart without a dignified goodbye would be a disservice to his character. Moreover, Pickens Jr.’s departure would only add to our anxieties about Grey’s losing its spark. And if the series ultimately kills him off, his fate would be cruel and unwarranted, drama for drama’s sake.

But the thing is, Pickens Jr. has never spoken about leaving the series, though, at 65, he’s notably around retirement age. In 2019, Entertainment Tonight asked Pickens Jr. if his character will ever stop practicing medicine. “We don’t know yet, but he’s kind of the glue that kind of holds everything together. This will be interesting for him. It’ll test his relationships, it’ll test his sobriety to some extent,” the actor said. For now, Grey’s will be on at least through season 17, so we can only assume that Richard will stick around. We’re keeping our fingers crossed for Richard to get through this.

Scientists develop AI that can turn brain activity into text