Jim Gaffigan knows how to take a joke.

The comedian, 53, who is dad to five kids — Marre, 15, Jack, 14, Katie, 10, Michael, 8, and Patrick, 7 — with wife Jeannie, 49, recently shared his first TV stand-up appearance on Caroline’s Comedy Hour in the early 90s with his brood to gauge their reaction for a video series on his YouTube channel.

“I’ve never really exposed them to stuff intentionally,” he tells PEOPLE exclusively. “I’m just their dad so they don’t know this material. They were really new to it so it was fun.”

The kids were especially taken back by their dad’s youthful appearance, from how much thinner he looked to Patrick noticing the comedian’s “bald-spot is smaller.”

Never miss a story — sign up for PEOPLE’s free daily newsletter to stay up-to-date on the best of what PEOPLE has to offer, from juicy celebrity news to compelling human interest stories.

“I had to tell them they could say whatever they want,” Jim admits. “It’s also strange because with the different age groups, you can get different reactions.”

He adds, “If they were all five sitting there at the same time, they wouldn’t have their own individual point of view, it’d be like, ‘Oh, alright, we’re just making fun of dad’s hair.’ “

The Gaffigans taped the videos at the YouTube studio. “They were excited about that,” the comedian says. “They’re way more impressed by YouTube than the fact that I went to Sundance back to back years or I’ve been nominated for Grammy awards.”

As for which of his kids show the most family resemblance when it comes to humor, the proud dad insists “they’re all so funny in their individual way,” he adds. “As a parent I can’t be completely affected but I’m very biased. They’re all entertaining equally.” 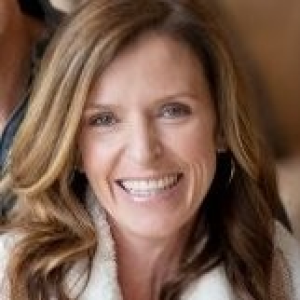 Fans are turning their favorite celebrities into hand sanitizer memes, from Ariana Grande to Chris Evans

Jennifer Lopez Was Sad About Her Oscars Snub For ‘Hustlers,’ Too