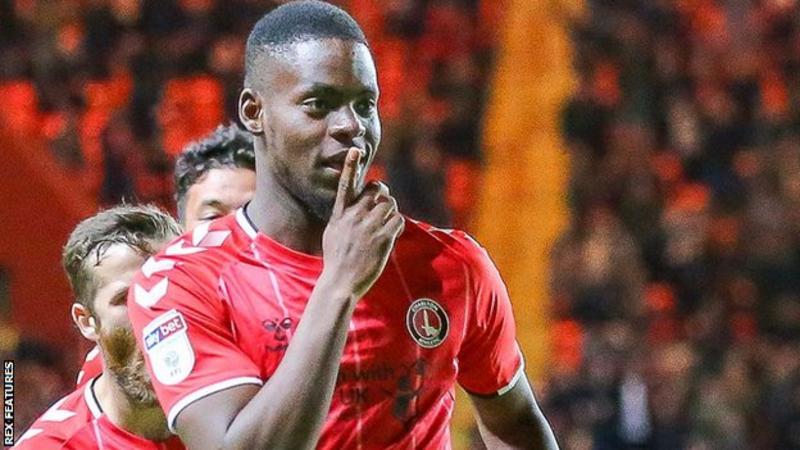 Jonathan Leko has questioned the time it took the Football Association to ban Leeds United goalkeeper Kiko Casilla for racially abusing him.

Casilla was banned for eight matches and fined £60,000 after being found guilty by an independent regulatory commission – but it took 22 weeks.

West Bromwich Albion’s Leko, 20, was on loan at Charlton when the offence took place against Leeds on 28 September.

“I found the hearing extremely stressful,” Leko said in a statement.

“It made me question whether I would be prepared to go through it all again were I on the receiving end of similar abuse in the future.

“I have been disappointed with the amount of time it has taken to reach this point.

“I certainly would think twice about how to advise another player placed in the same situation.

“Knowing what occurred that day, it has been difficult to watch Kiko Casilla continue to play for such a lengthy period as if nothing had happened.

“I was racially abused in a manner which shocked me and still angers and upsets me to this day.”

‘Some support would have been welcome’

Spaniard Casilla issued his own statement after the verdict saying he “did not feel it was a true reflection of the incident”.

Leko, who was ruled out for the rest of this season with an ACL injury in December, was upset at receiving only “minimal contact” from the Professional Footballers Association – of which he is a member – in the 22 weeks between the incident and the hearing.

He also said he had no support at all from anti-racism bodies in football, including Kick It Out and Show Racism The Red Card.

“I would urge the game’s governing bodies to look into their own processes when such incidents are reported,” he added.

“Some support or guidance would have been very welcome. By bringing the incident to the referee’s attention immediately, I was only doing what I have been educated to do throughout my career.

“From the outset, all I have done is report something that had to be challenged and exposed for what it is – racial abuse. I now want to put the episode behind me and concentrate on recovering from my injury to be ready for next season.

“I am naturally relieved that the process is now complete and the FA have upheld what I have always known to be true.”

“Within his statement, Jonathan Leko expressed his disappointment with the process and the support he received.

“We’d like to apologise to Jonathan. We do not want any player to feel unsupported when going through something as difficult as this.

“At the time of the incident, we reached out to the club to advise them that we have a dedicated Equalities team in place that can support and guide Jonathan through the investigation and hearing process.

“This is usual procedure following a racist incident.

“Unfortunately, on this occasion, we did not hear back and wrongly assumed that Jonathan did not require our support.

“We’re grateful for Jonathan’s feedback and will review our procedures to ensure we learn from this moving forward.

“Following the hearing we reached out to Jonathan directly and have subsequently arranged a meeting – which is due to take place tomorrow (Thursday).”

Why Surgeon General Is Calling on Kylie Jenner During Coronavirus Pandemic