BENNI McCARTHY has revealed how Jose Mourinho made him cry during their first interaction as he lifted the lid on how the Special One failed to bring him to Chelsea twice.

The 42-year-old first played under the Portuguese gaffer while on loan at Porto, before he was signed on a permanent deal in 2003 from Celta Vigo. 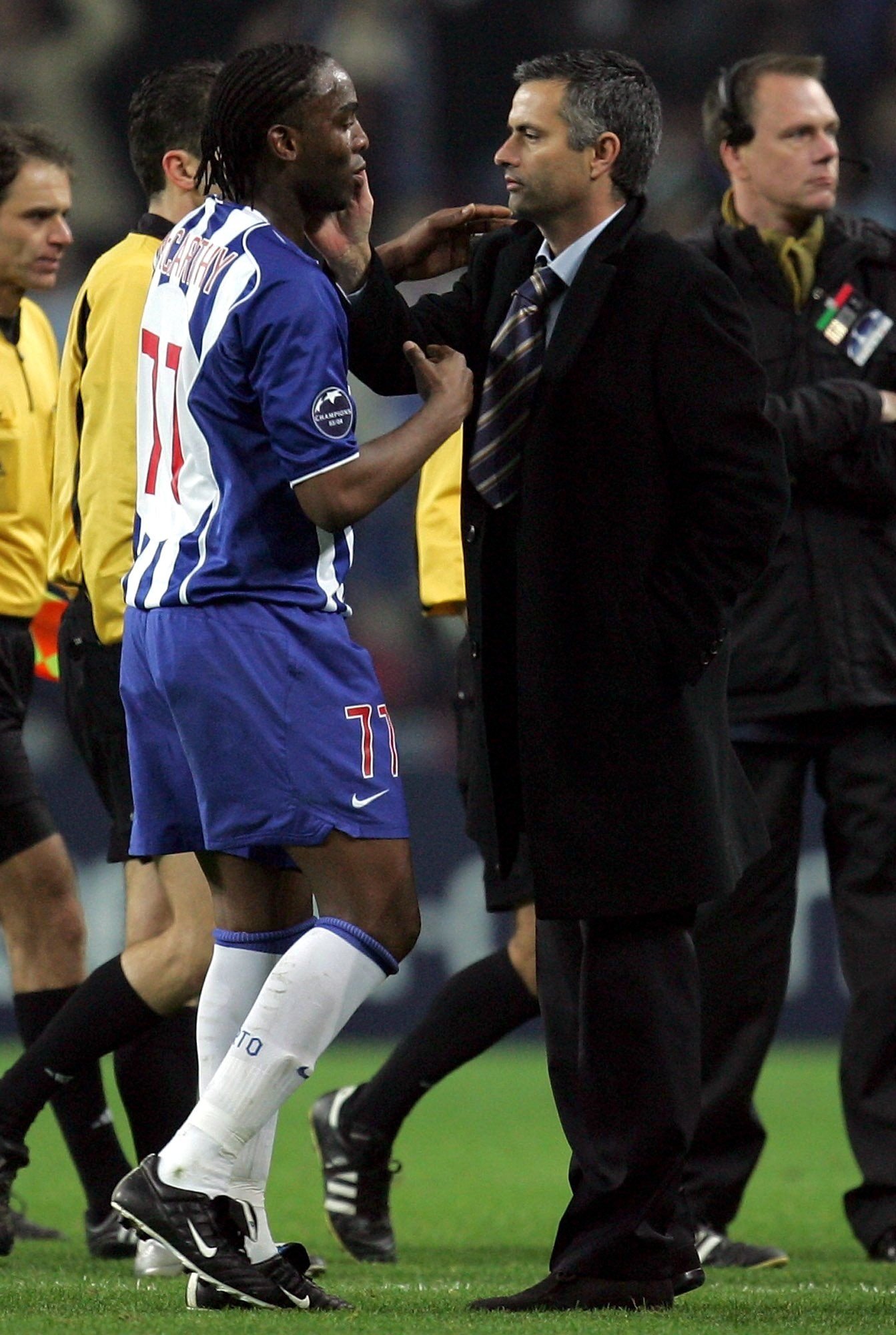 Speaking to The Athletic, McCarthy said: "I arrived at Porto in 2001 in a bad state. I scored on my debut and we won, but then the manager (Octavio Machado) was sacked.

"I couldn’t believe that the man who took me there got fired. This young guy replaced him and said: ‘Benni, I know of you and I have watched you.

"I think you are a fantastic player and I want you to be my guy’. Then Jose Mourinho proceeded to tell me all about me. He knew everything; he’d watched my games at Celta.

"How did he have this information? Jose told me that I could always speak to him, even if it was to get something off my chest. I started crying, really. I thought ‘Wow!’ This had not happened to me in Europe.

"He was treating me like a son and I thought, ‘I cannot disappoint this guy, he has given me the lifeline that I want’. I wanted to run through a brick wall for him."

After Porto failed to sign him permanently in 2002, the player returned to Celta where he enjoyed a miserable season, with Mourinho managing to nab him a year later.

The 2003/04 campaign saw Porto win the Champions League, with Mourinho ultimately joining Chelsea – where he failed to sign McCarthy once again.

McCarthy added: "When I went back, Porto’s players laughed and called me Mourinho’s son. I let my football do the talking and did everything I could for this man.

"I even thought, ‘This guy is going to leave Porto and I want to go with him’. I had a manager I would die for.

"I scored goals against Manchester United in the Champions League and when Mourinho went to Chelsea they came for me, but Porto would not sell."

Blackburn managed to snare McCarthy away from Porto in 2006, with the ex-South Africa international managing to score 18 goals in 36 Premier League games.

Once again Chelsea – and Mourinho – came calling, but the 1995 top-flight champions were unwilling to part ways with their prized asset.

McCarthy stated: "I was playing in England for the first time and scoring a lot — 24 goals in my first season. Then Chelsea came knocking on the door again. Mourinho wanted me. He’s always wanted me.

"I asked Blackburn if they could sell me. I wanted to play Champions League again, to play for Mourinho as he ruffled more feathers in the Premier League. Blackburn said no, which I understand.