Home » Lifestyle » Just 4,400 steps a day may be enough to protect from serious illness

Forget 10,000 steps! Walking just 4,400 steps a day may be enough to protect you from serious illness, experts claim

Rather than the 10,000 steps often recommended, walking just 4,400 steps a day may be enough to protect against serious illnesses, researchers have claimed.

A review into the benefits of various levels of physical activity by an expert from the University of Hertfordshire found that the classic goal might be overkill.

Physical activity can help to reduce you risk of developing chronic illnesses like dementia and certain cancers, and can improve conditions like type 2 diabetes.

It takes the average person around two hours of walking a day to reach the 10,000 step goal — but only around 53 minutes to reach 4,400 steps. 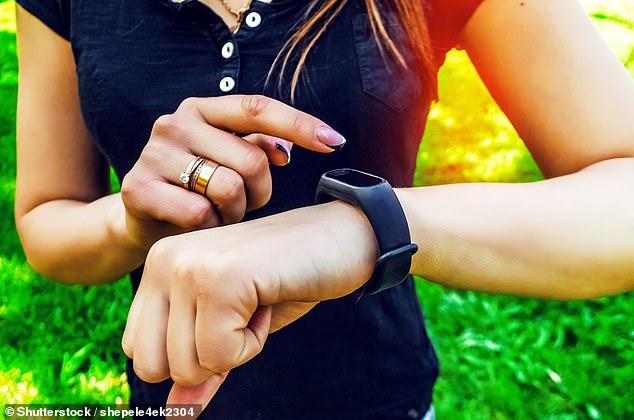 Rather than the 10,000 steps often recommended, walking just 4,400 steps a day may be enough to protect against serious illnesses, researchers have claimed

‘Easy ways to move more daily include walking to work if possible, or taking part of an online exercise programme if you’re working from home,’ exercise and health physiology expert Lindsay Bottoms recommended.

‘Meeting with friends for a walk — rather than in a café or pub — can also be useful,’ she added.

‘Even small amounts of physical activity positively impact your health.’

Given this, she continued, ‘taking regular breaks to move around if you’re working at a desk all day will help to easily get more physical activity.’

In a piece on The Conversation, exercise and health physiology expert Lindsay Bottoms of the University of Hertfordshire explored recent research into the actual merits of the 10,000 steps goal — which had its origins in a marketing campaign.

‘The 10,000-steps-a-day target seems to have come about from a trade name pedometer sold in 1965 by Yamasa Clock in Japan,’ Dr Bottoms wrote.

‘The device was called “Manpo-kei”, which translates to “10,000 steps meter”. This was a marketing tool for the device and has seemed to have stuck across the world as the daily step target.’

‘It’s even included in daily activity targets by popular smartwatches, such as Fitbit.’

Walking 10,000 steps each day certainly is good for your health, Dr Bottoms explained — with studies showing that making this habit can improve both mental and physical health, as well as lower your risk of developing diabetes.

However, she noted, recent research from the Harvard Medical School has suggested that 10,000 steps might be overkill.

They found that, on average, taking 4,400 steps per day is enough to significantly lower the risk of death in women as compared to only taking 2,700 steps daily.

In fact, while the team found that the more steps people walked, the lower their risk of dying was, this effect tended to level off at around 7,500 steps a day — which no additional benefits observed from walking up to, say, 10,000 steps daily.

‘Although it’s uncertain whether similar results would be seen in men, it’s one example of how moving a little bit more daily can improve health and lower risk of death,’ Dr Bottoms commented.

However, Dr Bottoms noted, researchers from British Columbia have show that health improvements can be achieved with even low-intensity exercise — suggesting that your steps can contribute to your target 150 minutes of activity.

In contrast, University of Texas have recently shown that people who walk fewer than 5,000 steps in a given day are less able to metabolise fat the next day — which in the long term can increase the risk of cardiovascular disease and diabetes.

This finding is supported by work from the the University of Texas at Austin which concluded that people who walk less than 4,000 steps on a daily basis are unable to reverse this decrease in fat metabolism. 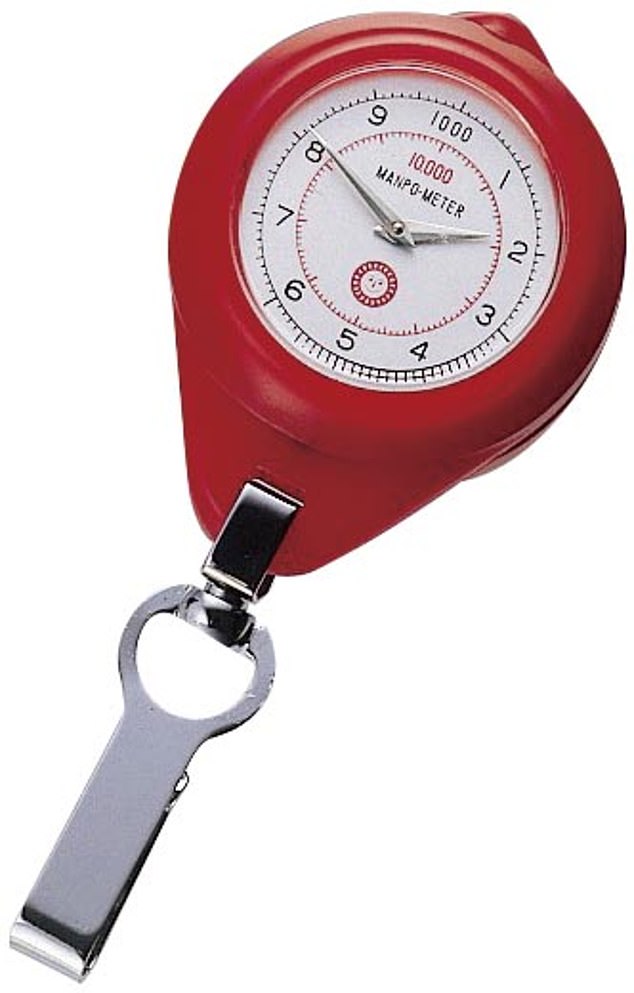 ‘The 10,000-steps-a-day target seems to have come about from a trade name pedometer sold in 1965 by Yamasa Clock in Japan,’ explained exercise expert Lindsay Bottoms. ‘The device was called “Manpo-kei”, which translates to “10,000 steps meter”.’ Pictured: the manpo-kei

‘Activity can also help mitigate the harms of sitting down for long periods of time.,’ Dr Bottoms noted.

Research from the Norwegian School of Sports Sciences in Oslo has concluded that people who sit for eight or more hours each day have a 59 per cent higher risk of death than their peers who sit for less than four hours each day.

However, the team also found that 60–75 minutes of moderately intense physical activity each day was sufficient to counteract this negative effect.

Given this, Dr Bottoms added, ‘undertaking brisk walking could help mitigate the negative effects of sitting for too long.’

HOW MUCH EXERCISE YOU NEED

To stay healthy, adults aged 19 to 64 should try to be active daily and should do:

A good rule is that 1 minute of vigorous activity provides the same health benefits as 2 minutes of moderate activity.

One way to do your recommended 150 minutes of weekly physical activity is to do 30 minutes on 5 days every week.

All adults should also break up long periods of sitting with light activity.