Kanye West has enlisted the help of sports star Sha’Carri Richardson to help roll out his long-awaited new music.

In a Beats by Dre ad that premiered during Tuesday’s NBA championship game, the runner stars in a stunning visual soundtracked by a snippet of West’s new song, titled “No Child Left Behind.” The clip features the athlete in her element: training in Nike sneakers, flashing her signature fiery-red hair, glimpsing her Flo-Jo-esque acrylic nails, and sporting a pair of Beats Studio Buds.

Richardson became a household name seemingly overnight in June after winning the 100-meter heat in just 10.64 seconds, solidifying her as the fastest woman in America. But since her record-breaking win, she was disqualified from competing in the Tokyo Olympics this month due to testing positive for THC, a chemical compound found in marijuana. 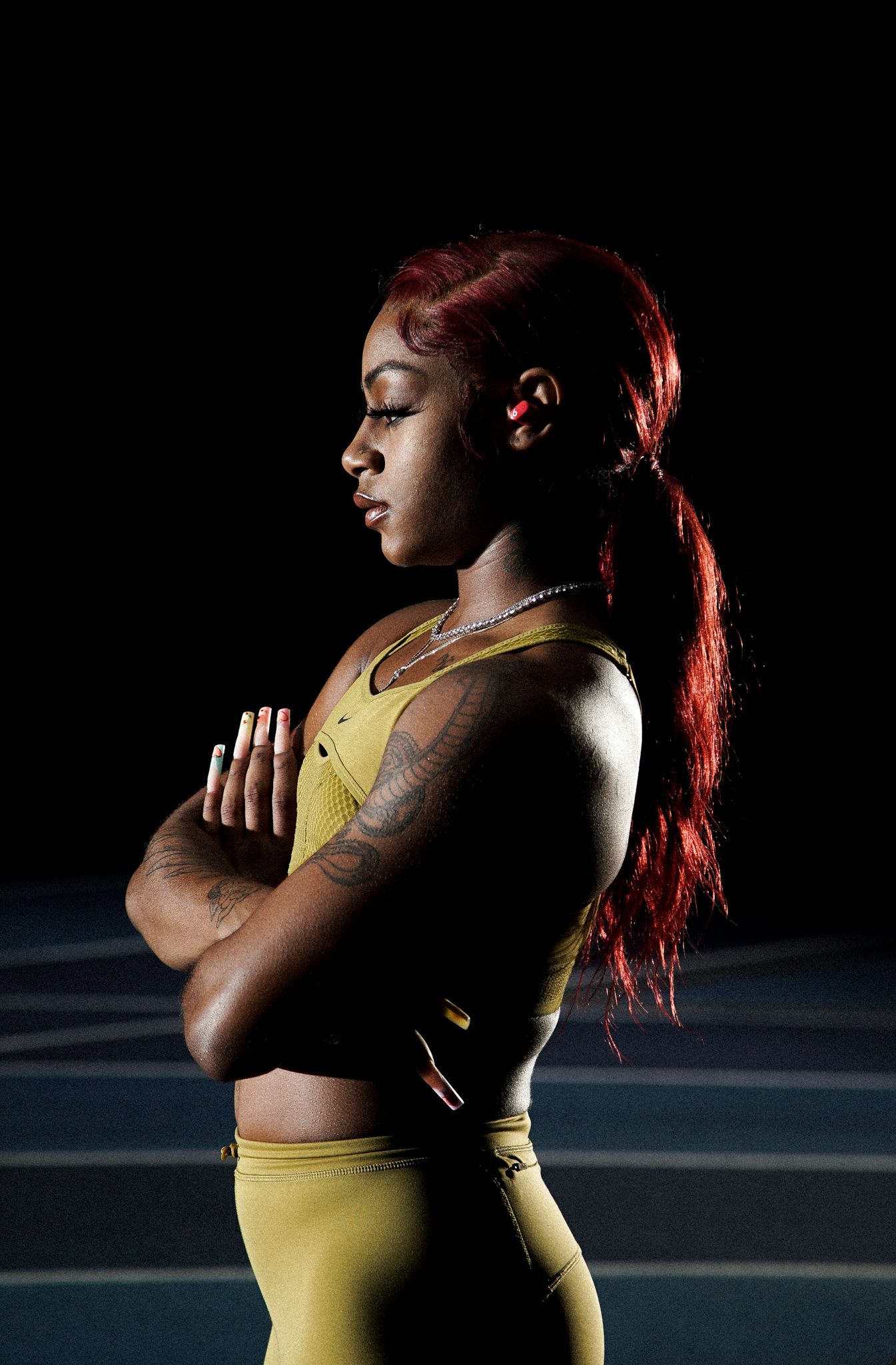 West’s tapping Richardson to help tease his new musical era goes deeper than the rapper just enlisting a buzzy athlete for album promotion. Following Richardson’s exclusion from the Olympic Games, she expressed that she had been using marijuana to help cope with the sudden death of her biological mother. Kanye also tragically lost his mother; in 2017, Donda West died following complications from surgery, and the rapper has remained outspoken in how her passing has affected his artistry. His new album, dropping on July 23, is named after her. Donda will mark the artist’s first solo studio album since 2019’s Jesus Is King.

Lil Kim Shares The One Thing She Wants Viewers To Take Away From BET+ Show 'Trap Queens:' 'Everybody Has A Past'