Kate Middleton and Prince William recently returned from a trip to Ireland, where they highlighted some of the important connections between Ireland and the United Kingdom. The Duke and Duchess of Cambridge had a quick trip, but it was one similar to the one Prince Harry and Meghan Markle took back in 2018. And some people found a big similarity in Meghan and Kate’s behavior on the two visits. 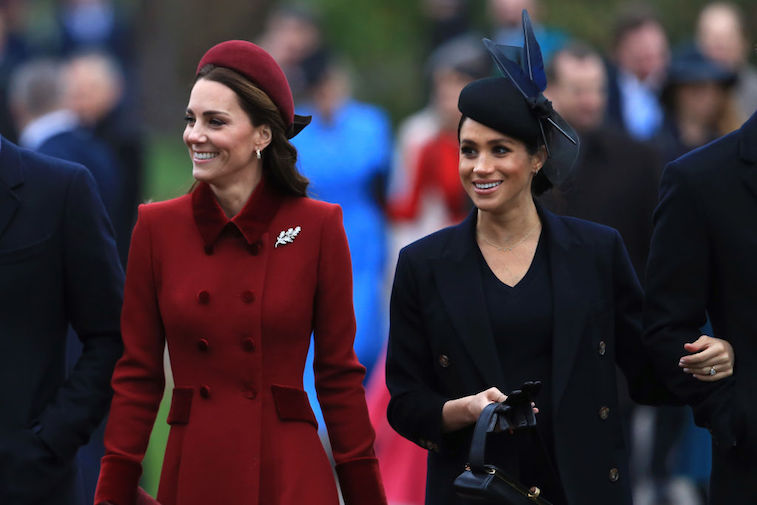 Kate and William visited Ireland just as Harry and Meghan were returning to the U.K.

Kate and William announced in late February that they wouldbe embarking on a short trip to Ireland the following month. It also happenedto be right around the time Meghan and Harry werereturning to the U.K. — the Sussexes first trip home since they hadannounced their departure back in January.

It’s possible William and Kate were intentionally avoiding the royals, though it’s unlikely. Royal engagements are often planned far in advance, and the trip was likely decided even before anyone knew that Meghan and Harry would be leaving the family.

? Sláinte, Baile Átha Cliath! At Guinness Storehouse’s Gravity Bar, The Duke and Duchess of Cambridge met Irish people from across the creative arts, sport, business and charity sector. Speaking this evening, The Duke said: • "Many of you this evening who demonstrate the breadth of our connections across the arts, sports, uniformed services, education and research, and charity sectors. • We value it as we do your friendship and are committed to strengthening it further". • #RoyalVisitIreland

There have been rumors about bad blood between Kate and Meghan

Ever since Meghan married into the family, there have beenrumors that things aren’tgreat between her and Kate. Reports suggested that Meghan made Kate cryduring a dress fitting for Charlotte and that Meghan was rude to Kate’s staff.However, none of the rumors were ever confirmed, and the women have alwaysseemed cordial with each other in public.

Despite the rumors, there have also been reports that the two women have looked to each other for advice in certain situations. They’ve supposedly received fashion help from one another, and Meghan reportedly looked toward Kate when she was pregnant with her first child. Now, some think Kate took some tips from Meghan about appealing to the Irish public.

When Kate and William met President Michael Higgins and his wife, Sabina Coyne, Kate was photographed petting the couple’s dog in the exact same way as Meghan had done two years earlier. Fans posted photos of the two women having almost the exact same exchange with the president’s pets.

Hello Ireland! ???? Dia Daoibh, daoine na hÉireann! Thank you President and Mrs Higgins (and Bród the dog ?) for the warm welcome for The Duke and Duchess of Cambridge to the country, which will see them spend time in Dublin, County Meath, County Kildare and Galway – and highlight the many strong links shared between the UK and Ireland. Following tea with President and Mrs Higgins, The Duke and Duchess laid a wreath at the Garden of Remembrance – a place of reflection dedicated to those who gave their lives for Irish independence, before calling on Taoiseach Leo Varadkar. The coming days will see The Duke and Duchess meet a broad range of people, including children and young people, those working in the creative arts, business and charity sectors – and are looking forward to building a lasting friendship with the Irish people. #RoyalVisitIreland

There is no confirmation, though, that Kate necessarily copied Meghan, and it’s possible that the two women simply both love dogs (Meghan has always been vocal about her love for dogs). But Kate also might have spoken to Meghan about the trip, where Meghan mentioned giving the dogs a quick pet to appeal more to the Irish public 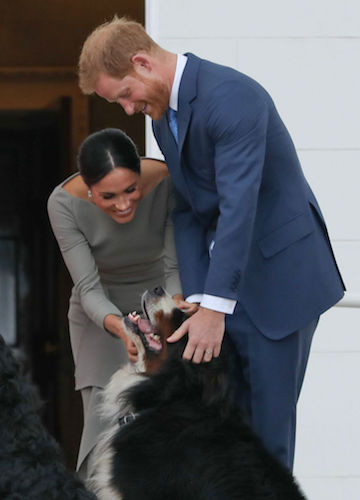 The rumors about the two women have always had usquestioning what their relationship is really like. However, there was an oddexchange caught on film at the Commonwealth service at Westminster Abbey.William and Kate appeared toignore Harry and Meghan upon finding their seats. It’s unclear if the snubwas intentional or if the Cambridges were simply not aware of Meghan and Harry.But either way, it turned some heads.

Harry and Meghan’s departure from the family might have put them at odds with William and Kate — or maybe the distance between the couples could bring them closer. Time will tell how everything plays out.

Stylist Live 2022: Spin the Wheel of Dreams for a chance to win one of these glorious prizes