Home » Lifestyle » Kayvon Thibodeaux on choosing Oregon over Crimson Tide: ‘Do you know the stigmatism of Alabama education?’

The No. 2 overall player in the recruiting class of 2019, Kayvon Thibodeaux had his pick of nearly every school to play college football.

Thibodeaux fielded offers from the likes of Alabama, Florida State and Florida, before committing to Oregon. Thibodeaux sat down with FOX Sports’ Joel Klatt Wednesday and revealed why he didn’t go to Alabama. 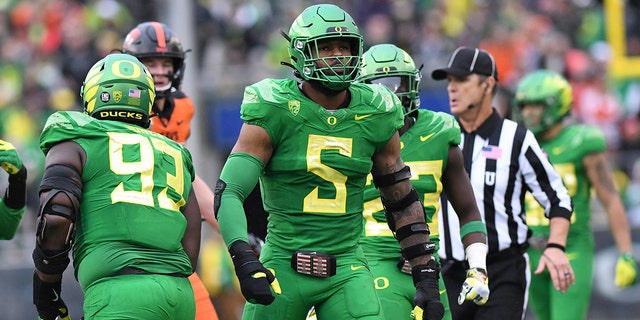 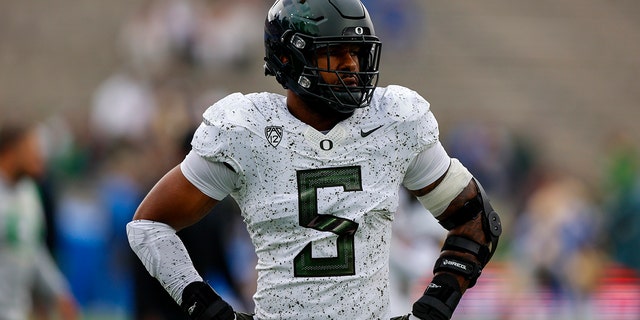 Oregon Ducks defensive end Kayvon Thibodeaux (5) before  a college football game between the Oregon Ducks and the UCLA Bruins on October 23, 2021, at the Rose Bowl in Pasadena, CA.
(Jordon Kelly/Icon Sportswire via Getty Images)

To this date, every single one of Saban’s recruiting classes at Alabama has won a National Championship. Thibodeaux said that while that’s important, he had his sights on the bigger picture.

In his mind, that organization is Nike, which has a stronghold on Oregon. Nike owner Phil Knight is an Oregon alumnus and donates millions each year to the university. The worldwide brand was just too much for Thibodeaux to turn down, as it is for many athletes. 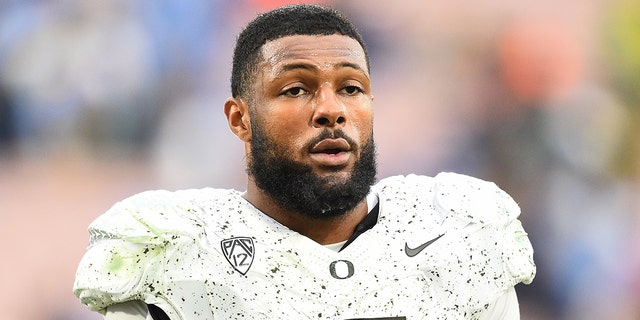 Oregon Ducks defensive end Kayvon Thibodeaux (5) looks on after a college football game between the Oregon Ducks and the UCLA Bruins played on October 23, 2021 at the Rose Bowl in Pasadena, CA.
(Brian Rothmuller/Icon Sportswire via Getty Images)

“What people don’t realize is that football is an American sport,” Thibodeaux said. “So, no matter how great Alabama is, you only play football in America, Canada and a couple other places. But a brand like Nike, I mean, for me it was like what brand associations do I want to be tied to?”

While Thibodeaux never reached the mountain top in Eugene, he did star on the Ducks’ defense for three seasons. Thibodeaux recorded 19 sacks and 35.5 tackles for loss in 30 games for the Ducks. He was a two-time First-Team All-Pro in the Pac 12 (2020-21) and an unanimous All-American (2021).