Kelly Dodd is not backing down in her battle with reality-TV rival Braunwyn Windham-Burke.

Dodd, 45, doubled down on her accusations that Windham-Burke “single-handedly” ruined “The Real Housewives of Orange County” — and caused both of their recent ousters from the show.

“All she cares about is herself and being famous and she single-handedly ruined last season,” Dodd told Page Six in a statement Thursday before claiming, “Ask any one of my castmates. They will tell you the same thing. No one wanted to film with her or be near her, let alone be friends with her.”

Earlier on Thursday, Dodd posted a series of explosive texts claiming Windham-Burke created “phony storylines” to stay on the show and made the working environment “so dark and ugly.”

Windham-Burke, 43, later dismissed Dodd’s claims, telling us: “You just have to laugh at this point — only Kelly Dodd would post screenshots of her own texts that make her look wildly immature. I guess that’s what being bitter is like.”

Dodd told us in response, “Braunwyn is a hypocrite and a liar.”

“She came after me and my castmates in the worst possible way,” Dodd added. “She made false, defamatory and horrible allegations against me … and when asked about my marriage to Rick [Leventhal] on ‘Entertainment Tonight,’ she gave a nasty, negative response.”

In October, “Entertainment Tonight” asked Windham-Burke what she thought about Dodd’s controversial remark that COVID-19 was “God’s way of thinning the herd.” But Windham-Burke turned the focus on the fact that Dodd was seen often flying from the West Coast to New York to spend time with her beau amid the pandemic.

“Leaving your daughter during a global pandemic was weird to me,” Windham-Burke told “ET.” “I can’t imagine that.” 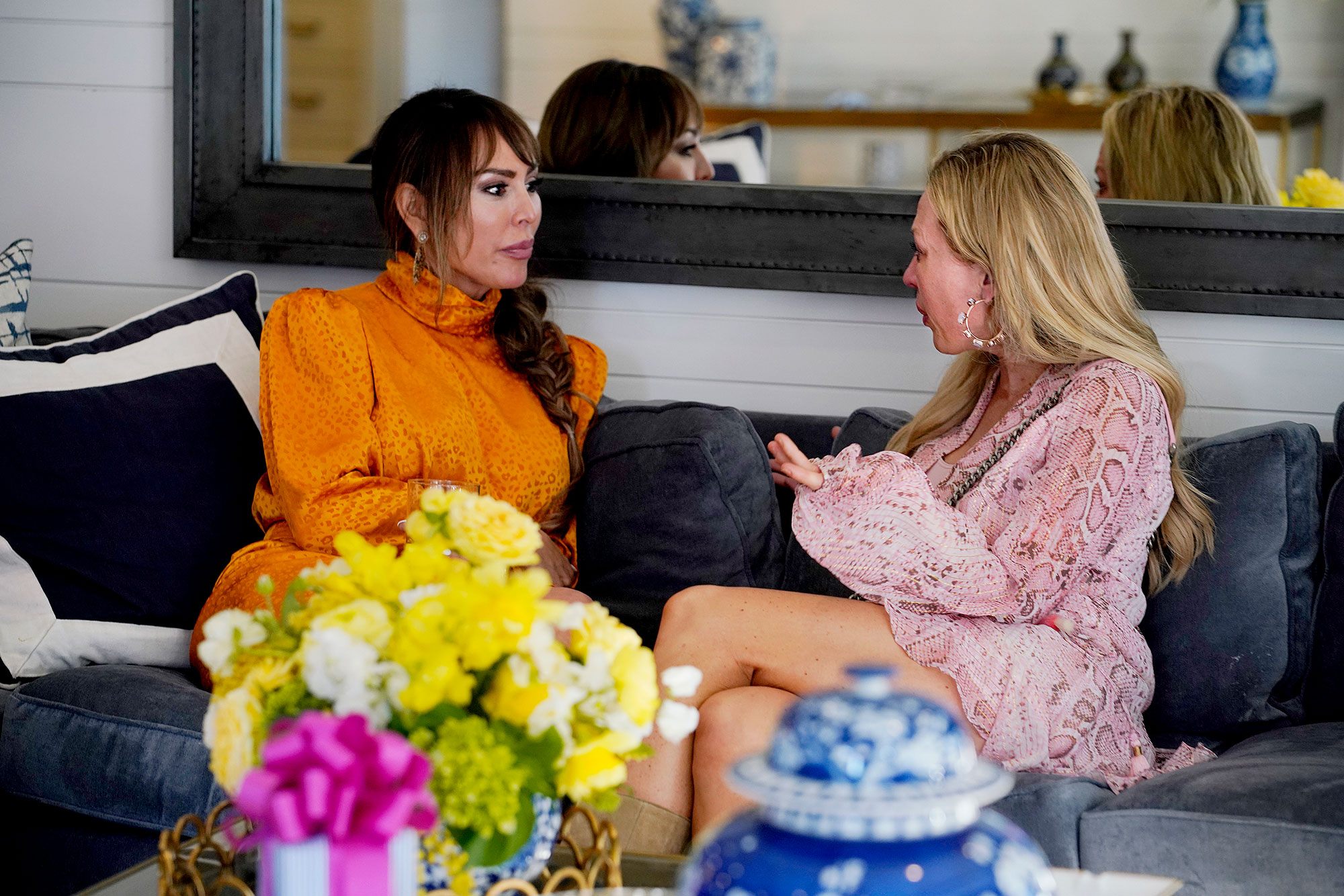 Dodd also told us that Windham-Burke’s claim of being “woke” is a “joke.”

Meanwhile, Windham-Burke earlier told us that she saw the potential for peace between her and Dodd, noting: “I’m a big believer in growing and changing, and second chances (or in this case 10th or 11th chance).”

Both women were let go from “RHOC” earlier this week alongside newbie Elizabeth Lyn Vargas.

“This was your fault,” the disgruntled Dodd told Windham-Burke in the leaked texts. “We’d still be on the show if you didn’t make things so dark and ugly and brought all that political ‘woke’ BS.’”

A source close to production told Page Six on Thursday, “Kelly should take accountability for herself being fired instead of pointing fingers at everyone else.”