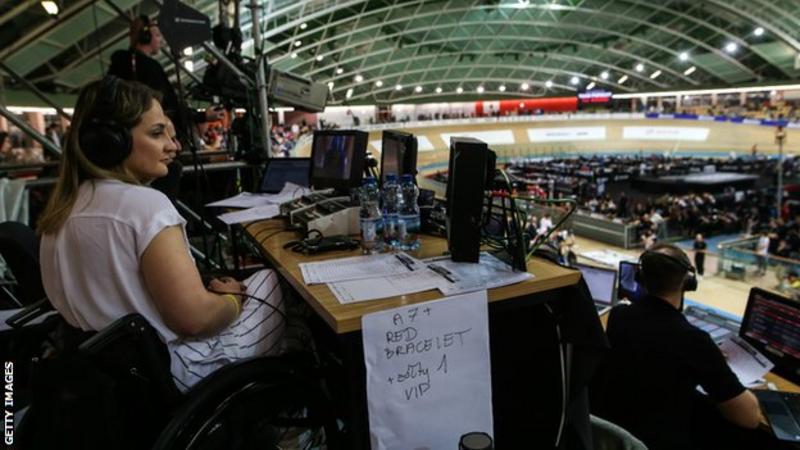 Kristina Vogel says she has built herself a “really nice life” after the training crash that left her paralysed.

The German, who won two Olympic gold medals and 11 world champion titles, was involved in a high-speed collision with another cyclist in June 2018.

Vogel, 29, works for the German police and cycling’s world governing body, the UCI, as well as in local politics.

Speaking to Sir Chris Hoy a year on from their first BBC Sport interview, she added: “It has been a fantastic year for me, everything went so fast with a lot of new privileges, a lot of new things I had never done before.”

Vogel has been working as a UCI ambassador and commentator at this week’s Track Cycling World Championships in Berlin.

On Wednesday, she watched as Germany’s Pauline Grabosch and Emma Hinze won team sprint gold – a title she won herself four times – while Hinze was crowned world champion in the individual sprint on Friday.

“When I was sitting here and saw how fast the girls were, and it was a fantastic performance, I asked myself ‘could I do that?’

“That feeling, of wanting to win medals, never goes away.

“But then every century has its own stars. We are the oldies, it is a new time and it is the beginning of a new journey for them and maybe they are the stars of this new period.”

Princess Diana Once Revealed What the Days Leading Up to Her Wedding Were Really Like: 'I Sobbed My Eyes Out'

Please Explain podcast: when our correspondent got COVID-19