Kylie Jenner and Travis Scott are gearing up for the holidays with Stormi and are ‘completely on the same page’ when it comes to planning out family time even though they’re no longer romantically involved.

Kylie Jenner, 23, and ex Travis Scott, 29, are looking forward to spending the upcoming holidays, such as Thanksgiving and Christmas, together as a family with their two-year-old daughter Stormi even though they’re no longer in a relationship. “Kylie and Travis will spend the holidays with Stormi together,” a source EXCLUSIVELY shared with HollywoodLife. “They get along great and talk multiple times a day and although they’re not a couple, they are completely on the same page when it comes to their daughter and respecting one another.”

“There’s not an ounce of bad blood there,” the insider continued. “They communicate very, very well and are very mature when it comes to figuring out plans and raising their daughter. Their biggest priority is giving Stormi a wonderful home and they do things together all of the time as a family.” 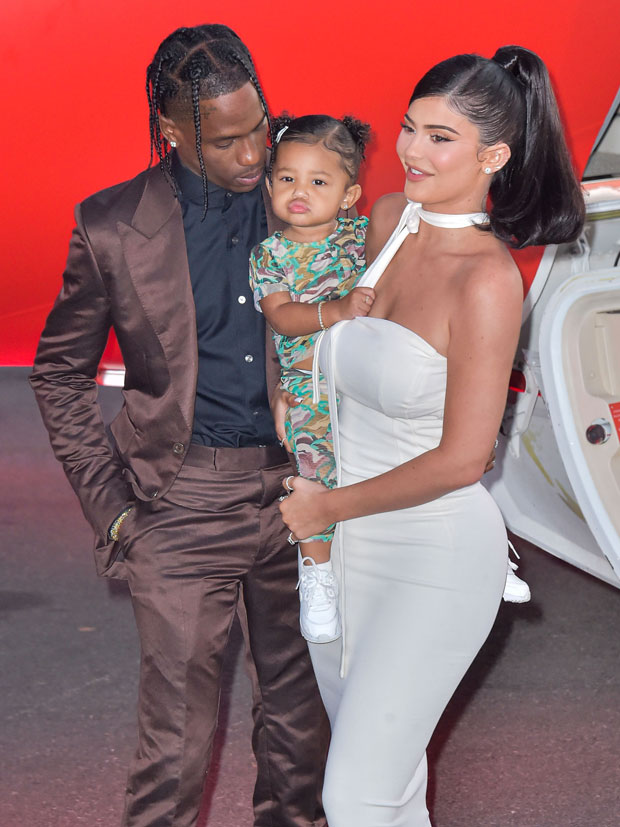 Although there have been rumors about whether or not Kylie and Travis, who split in Oct. 2019, have gotten back together, the makeup mogul and rapper have not confirmed anything and continue to sometimes spend time together while co-parenting their tot. “Kylie has just been more private about posting constantly when it comes to Travis, but they’re together as a family more than social media knows,” the source admitted. “The holidays will be no different.”

Kylie has been showing off her excitement for the holidays by already decorating her home. She shared a recent video, which can be seen below, of her festive backyard on Nov. 12, and it included a palm tree with green and red lights. She told her followers she was “in full Christmas mode” as she showed off the impressive display.

Despite Kylie’s early decorating, holiday plans are still underway when it comes to the family celebration but it’s great to know that Travis will still be a part of it for his daughter. “The Kardashians are still figuring out exact plans, but the family does plan on celebrating all together,” the source concluded.

Remembering Henry Cooper, a small giant with an icon’s legacy

Not Going To Lie, The Dentist’s Office Is A Risky Place When It Comes To COVID-19