Home » Lifestyle » Lady Gaga Finally Has New Music Coming Out, And I Can Already Hear The Grammy Noms

Huge, HUGE news for Lady Gaga fans: She reportedly has new music that’s about to come out.

Sure, that’s a big deal on any given day, but it’s especially huge since the pop star has focused a lot on her acting career lately. Recently, an insider told The Sun that the A Star Is Born actress and singer plans to release new music in February. “Gaga has been working hard in the studio for the last year and is really excited about what she’s got. She is sticking to what she is good at, and the first single is very pop,” the source said. “She knows she can’t spend too long away from the industry, so [she] wants to come back now while there’s still so much love for her.”

While Gaga fans have been focused on next month, a new track called Stupid Love just leaked on Twitter (and was promptly pulled over copyright issues). Apparently, some people managed to catch the song while it was still live and say it’s similar to early Gaga music, a.k.a. freaking awesome. “OH MY GOD SHES BACKKKK,” one person tweeted. “I like having sex to this song.. just sayin’,” another wrote.

Considering Gaga released her last album, Joanne, way back in 2016, this is huge! Of course, Gaga has racked up plenty of awards since that release, thanks to her singing and acting. And, after 10 years in the music biz, she’s won enough accolades to have trophies for every room.

The superstar has been nominated for Grammys, Oscars, Golden Globes, Emmys, and many more accolades over the years. In 2019 alone, Lady Gaga won an Oscar, a Golden Globe, three Grammys, and a handful of other nods for her work on the film A Star Is Born and the album Joanne.

Still, one honor she hasn’t achieved (yet!!), is an EGOT. These four little letters add up to a major, and very rare, accomplishment for an entertainer. EGOT stands for Emmy, Grammy, Oscar, and Tony, and only 15 entertainers are part of this prestigious winners circle so far. Here’s where Lady Gaga stands:

Lady Gaga has had 27 Grammy nominations and nine wins.

The singer won her first and second of many Grammys back in 2009—”Poker Face” won for Best Dance Recording and The Fame nabbed the prize for Best Electronic/Dance Album. 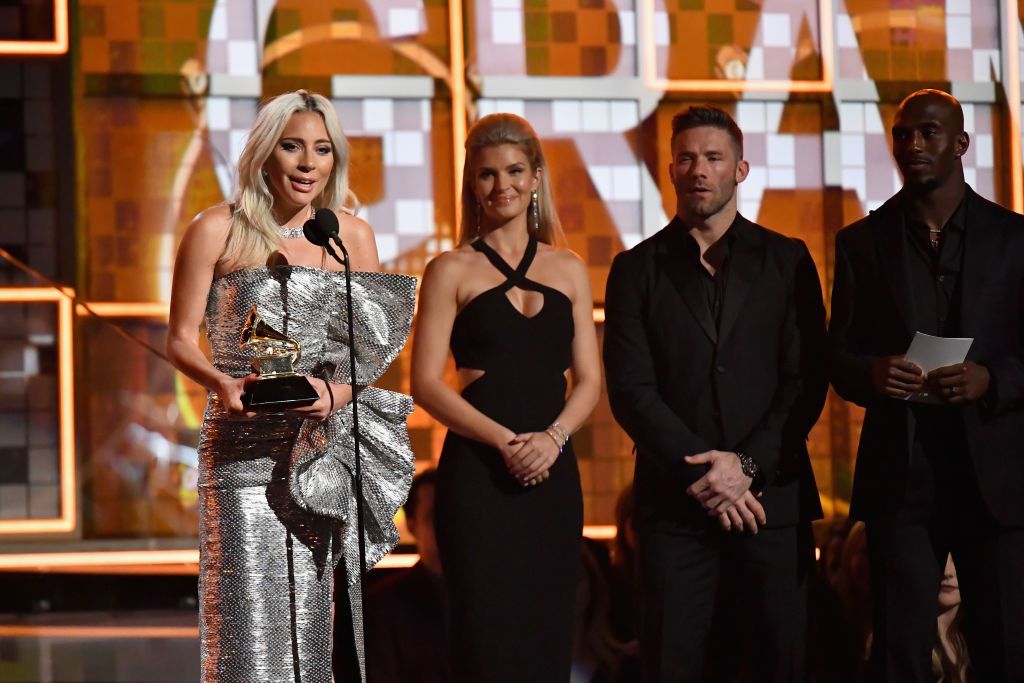 It took a few more years before she was back accepting a Grammy again. But in 2014, Gaga won for Best Traditional Pop Vocal Album with Cheek To Cheek. Then, “Shallow” earned her Grammys for Best Song Written for Visual Media and Best Pop Duo/Group Performance in 2019. She also won Best Pop Solo Performance for “Joanne (Where Do You Think You’re Goin’?)” that same year.

The Golden Globes may not count toward an EGOT, but the singer has two big Golden Globes wins going for her. She won for Best Original Song for “Shallow” in 2019 and Best Actress in a Limited Series for American Horror Story: Hotel in 2016. 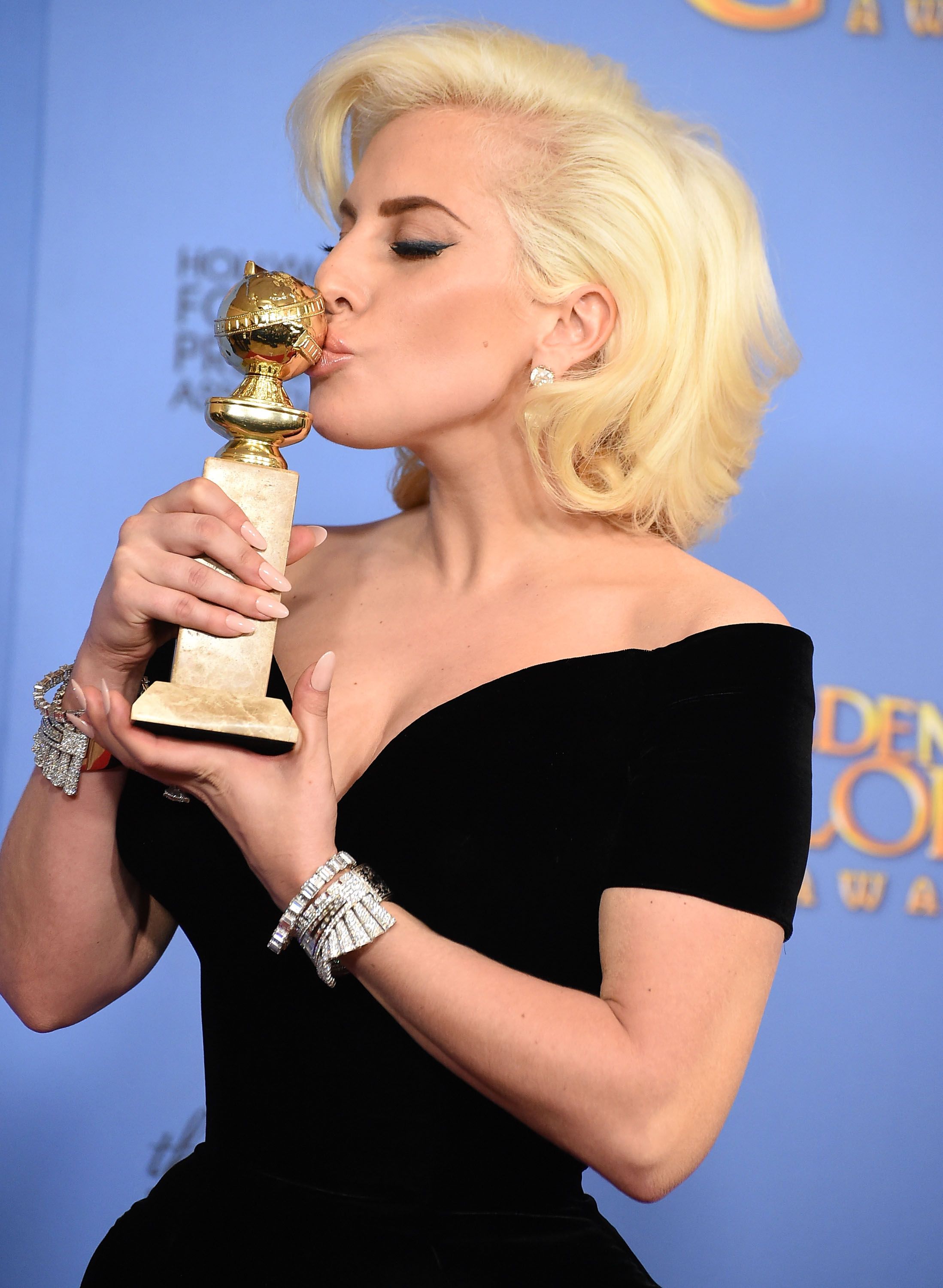 Lady Gaga has one Oscar.

Gaga won her first Academy Award in 2019. She took home the Oscar for Best Original Song for “Shallow” from A Star Is Born. Lady Gaga was also nominated for Best Actress.

Lady Gaga has yet to win an Emmy. She has been nominated three times, but came short of taking home the statue. She was close in 2011 for her HBO special Lady Gaga Presents the Monster Ball Tour: At Madison Square Garden, in 2015 for the PBS show Tony Bennet & Lady Gaga: Cheek to Cheek LIVE!, and in 2017 for her Super Bowl Halftime Show performance.

But she’s never been nominated for a Tony. 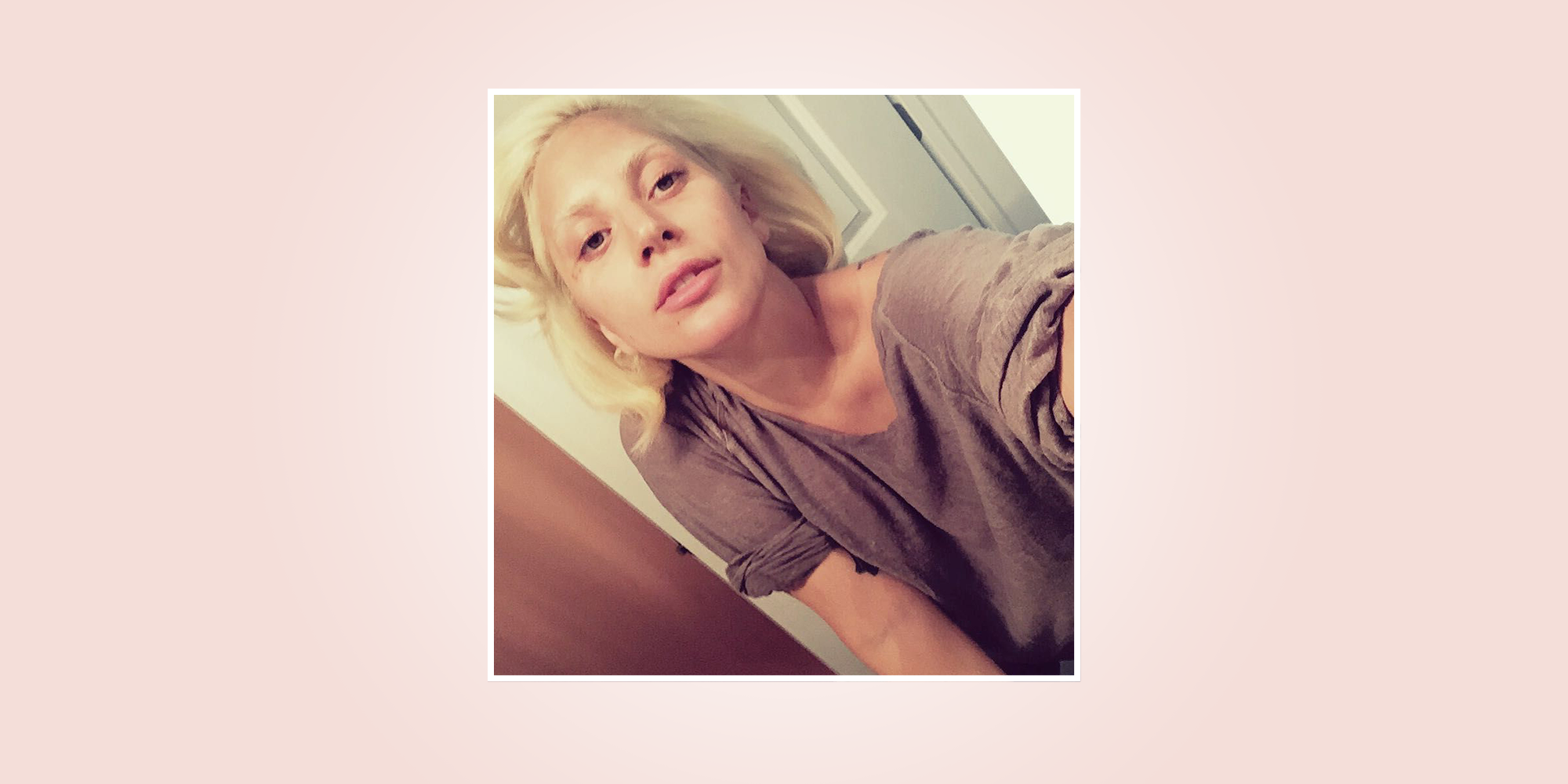 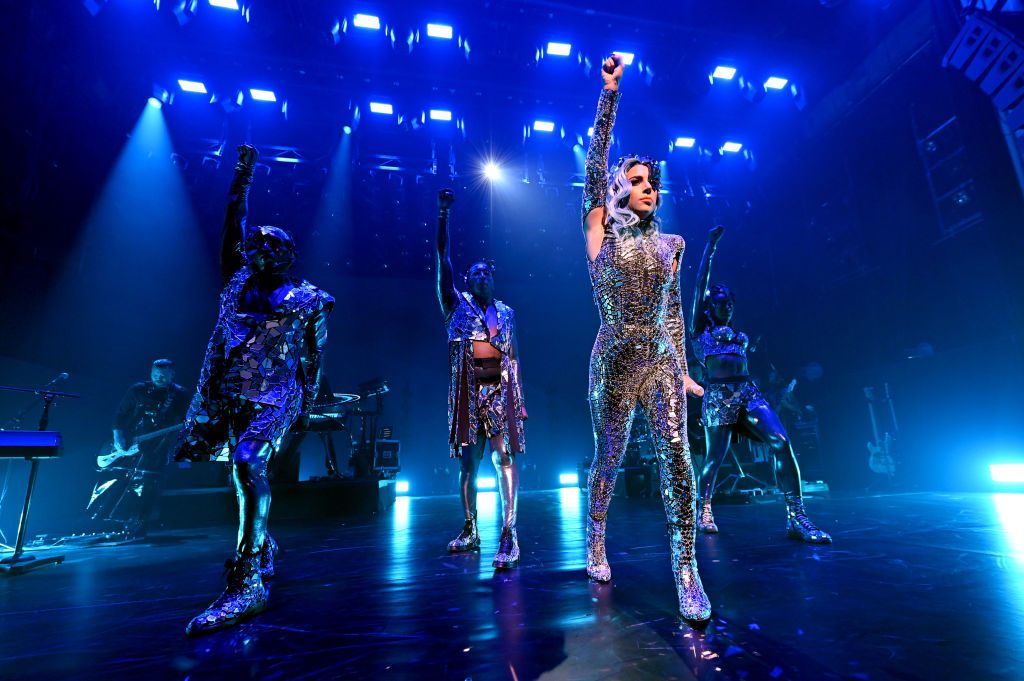 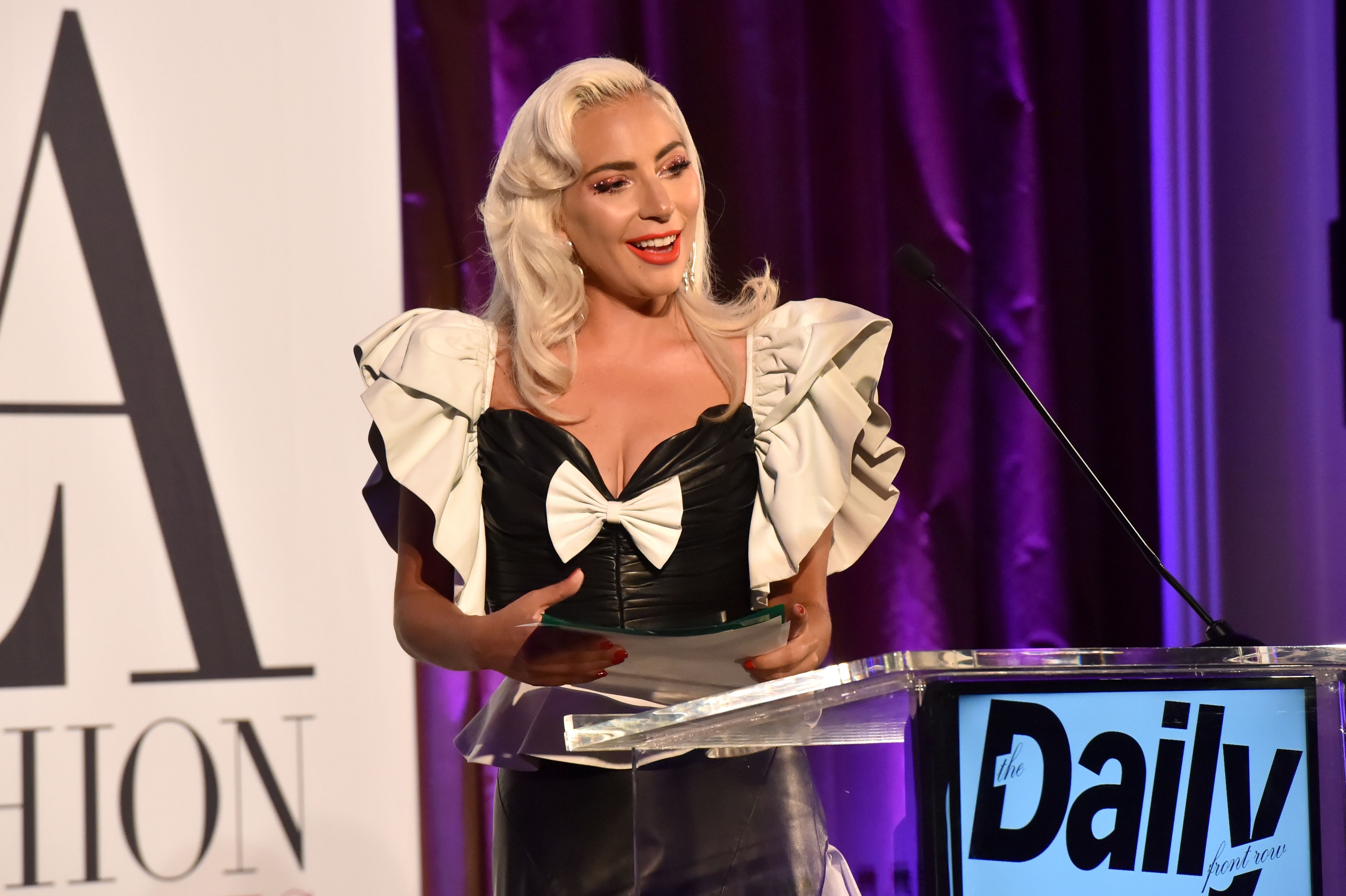 As for a Tony Award, Lady Gaga hasn’t appeared in a Broadway production, at least not yet. “I’ve always been a theater lover,” she told Variety. “I would absolutely do Broadway.”

In fact, rumors have been circulating that Funny Girl is returning to Broadway with Lady Gaga taking over Barbra Streisand’s star-making role, according to Broadway World.It wouldn’t be the first time Babs paved the way for Gaga. She also starred in one of the previous versions of A Star Is Born.

Tbh, with all her career achievements so far, it only seems like a matter of time before Lady Gaga collects the Emmy and Tony wins she needs to earn her EGOT status.