BAYERN MUNICH remain on course for the treble after winning the German Cup as Robert Lewandowski smashed the 50 goal barrier for the campaign.

The Bundesliga champions completed the double after beating Bayer Leverkusen 4-2 at the Olympiastadion in Berlin to win the trophy for the 20th time. 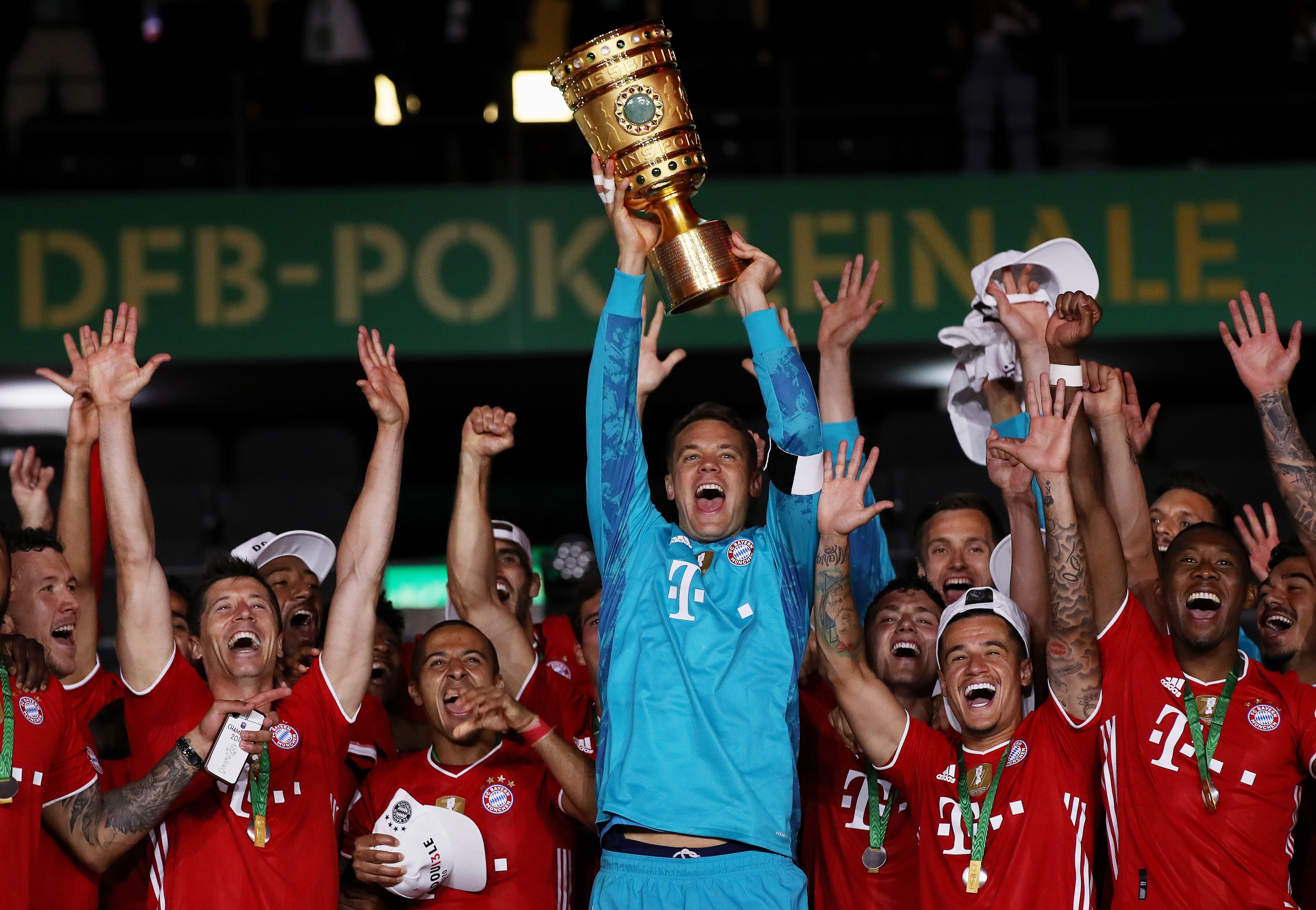 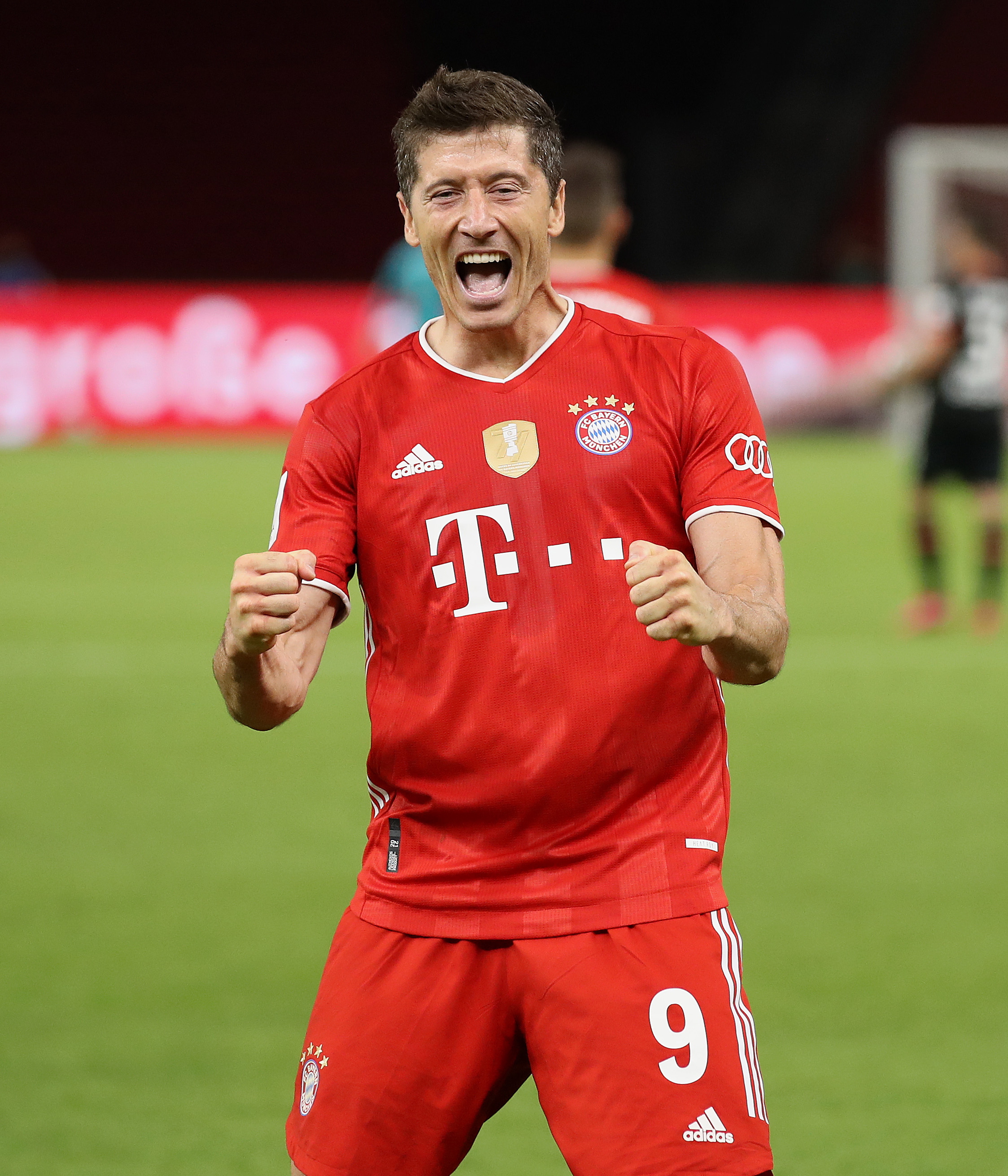 David Alaba’s free-kick on 16 minutes gave Bayern the lead after Lewandowski was fouled at the edge of the box.

The defender’s effort sailed over the wall and beat the outstretched arm of goalkeeper Lukas Hradecky.

They doubled their lead when Joshua Kimmich released Serge Gnabry down the right with the ex-Arsenal winter’s shot nestling into the bottom corner for his 20th of the campaign. 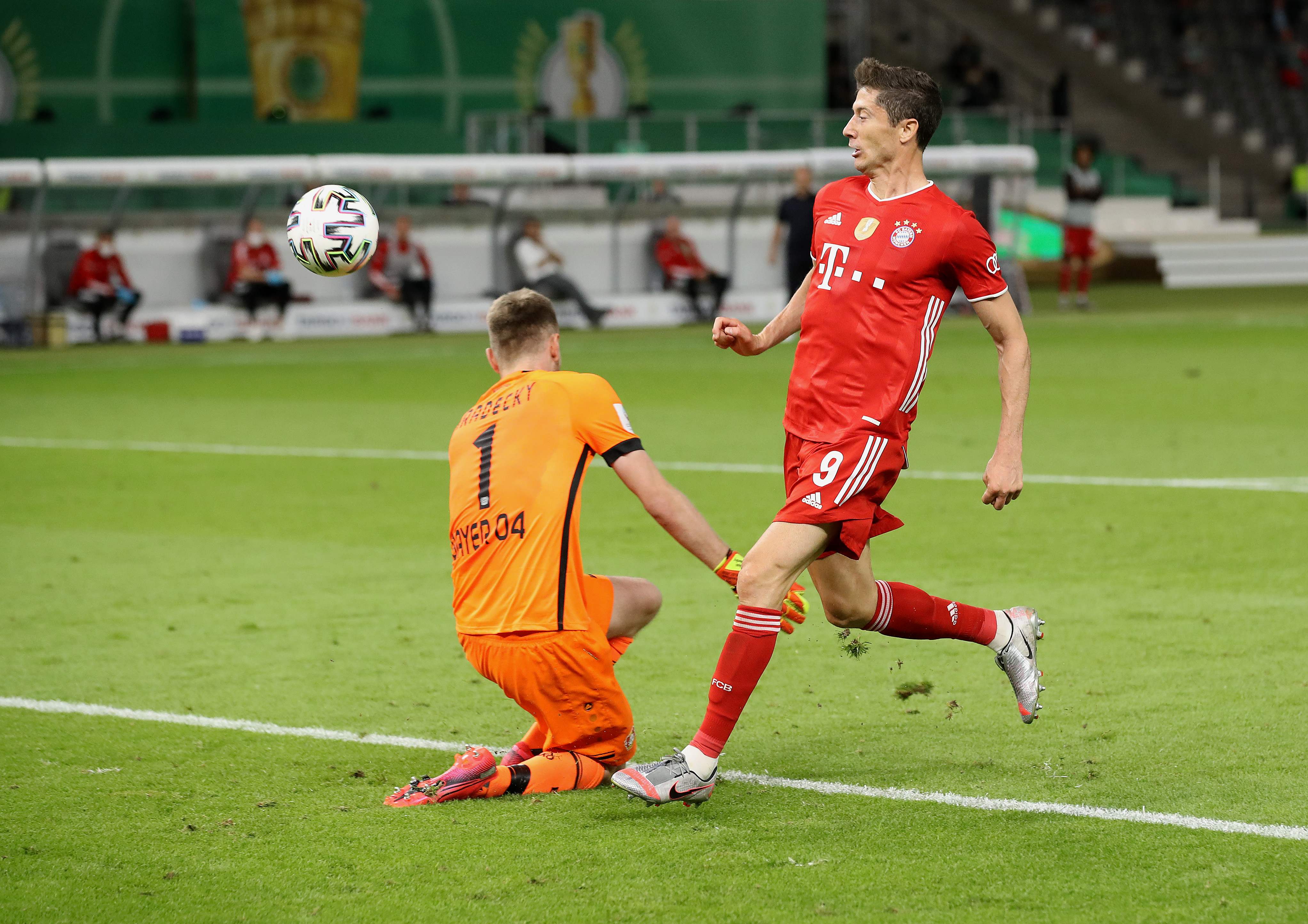 Lewandowski then reached the half century figure by making it three with a thunderous strike that was fumbled by Hradecky as he allowed the ball to creep over the line.

Leverkusen hit back four minutes later when Sven Bender headed home at the far post from a corner.

But any hopes of a late comeback were ended by Polish hitman Lewandowski.

He grabbed his second and Bayern’s fourth with a beautiful chip over the goalkeeper in the 89th minute.

However, there was still some late drama when VAR spotted a handball in the box in stoppage time to award Leverkusen a penalty.

And Chelsea target Kai Havertz stepped up for the consolation goal with the final strike of the game.

Now Bayern will turn their focus onto the Champions League as they go in search of a treble.