Dancing With the Stars pro Lindsay Arnold will not be hearing any nonsense when it comes to her C-section scar. The professional dancer grew weary of fans commenting about the incision on social media earlier this week, and took to Instagram to put questions surrounding her abdomen to rest. Arnold gave birth in November to a baby girl, which she and husband Sam Cusick named Sage. Apparently, fans have been speculating about the images (both the quantity and content) she’s been sharing ever since. 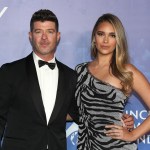 
April Love Geary Opens Up About Elective C-Sections: 'Girl, It's Your Body!'

“There has been some speculation on my last couple posts about whether or not I have been photoshopping my scar out of my pictures,” the dancing pro wrote alongside the image of herself in a bikini. “Now I usually don’t even give [the] time of day to comments like this, BUT I feel like this needs to be addressed as it’s important to me that you all know that my C-section scar is now my favorite part of my body. It is the representation of the thing I am most proud of in my life and that is our sweet Sagey.”

The dancer was responding to criticisms that she had been removing evidence of her scar from the numerous photos of her swimsuit clad family over the past few weeks. The scar’s vanishing act has nothing to do with Photoshop, according to the choreographer. It’s actually the result of what she says is the “incredible” work her “amazing” medical team was able to perform. The star says her scar is actually so far below her bikini line that she was forced to roll her bathing suit bottoms down a bit to show it off in her Tuesday morning post.
https://www.instagram.com/p/CNm7_wWnM5e/?utm_source=ig_web_copy_link

“I would never and have never Photoshopped any part of my body and wanted a dedicated post to my beautiful scar that I truly love so much,” she wrote before an all caps declaration that women’s bodies are incredible.

Arnold gave birth via C-section in November at 39 weeks. She shared the details of her birth in a follow up post on Instagram, that explained how a C-section was ordered when they discovered that Sage was in breech position. Sage was born on the one year anniversary of her grandmother, Jennifer Jill Gillette Cusick’s death. Something that Arnold says made the day extra special for the new family of three.

Listen, we love that Arnold is speaking out against the haters and rising above the noise, but we really wish that moms didn’t have to issue these types of clap-backs to trolls on social media. People, it’s never OK to comment on someone’s body, postpartum or otherwise.

These celebrity moms may use weed to help them with that daily juggle.