Home » Lifestyle » Love In The Time Of Coronavirus: How The Budding Pandemic Is Making And Breaking Relationships

Before her third date with a new guy Wednesday night, Leeza was feeling pretty nervous. They had made plans to meet at a pool hall in midtown Manhattan, but in the hours leading up to it, she was anxious and nearly wound up canceling.

Pre-date jitters are as normal as can be, but the 32-year-old wasn’t worried about whether her date would like her, what outfit she would wear, or what they would talk about — she was scared of catching the coronavirus.

“The more I started to think about it, I was just kind of a bit concerned about going to a place that was that crowded,” Leeza told BuzzFeed News. “And I kept thinking to myself, what if the pool sticks aren’t properly sanitized?” (Most people interviewed for this story asked to be identified using only the first names in order to discuss their love lives).

Under ordinary circumstances, one might label Leeza a germaphobe, but these are not ordinary circumstances. As the coronavirus epidemic has swept the globe, killing more than three thousand people, many people are worrying about how to protect themselves against close contact that could lead to infection.

Naturally, with close contact being intrinsic to dating, people’s love lives are also taking a hit. How are you supposed to make out with your date when the CDC is urging people not to touch their own faces, much less someone else’s?

In the end, Leeza asked her date to meet her at a restaurant in Queens instead, which she theorized wouldn’t be as packed as the bar, and therefore safer. Dinner was nice, but she still couldn’t get the deadly virus off her mind.

“I kept thinking about it, because we were holding hands while walking afterwards, and that’s technically what [the CDC tells] you not to do,” she said. “You’re avoiding all these regular social constructs now, so it’s just kind of weird to put yourself in the middle of a situation where you would be doing those things.”

As anyone who has used a dating app knows, time is of the essence when you want to meet up with a new match. Take too long to plan a date, and you’ll probably never wind up meeting.

That reality might become far more common as more and more people have to quarantine themselves.

Rose, a 30-year-old in London, is facing that struggle now thanks to a Hinge match of hers who just traveled to Italy, the country in Europe most gravely affected by coronavirus. The two had been trying to meet up for a few weeks, and they finally planned a date for Wednesday — a day before he had to fly out to Italy on business.

Then, his Thursday flight was canceled due to travel restrictions between the UK and Italy, and he wound up having to fly out on Wednesday instead. As a result, they had to push off their much-awaited date — and now, it’s going to be quite a while before Rose feels safe meeting him.

“So, the date was postponed,” Rose told BuzzFeed News. “But for me, I’m not going to meet him at least till the quarantine has passed, because I know he’s going to Northern Italy.”

Rose is a bit bummed. “We were getting on well,” she said.

But, she’s not too invested, seeing as they hadn’t even met in person yet.

“If we meet, great; if not, I don’t feel like I’ve lost anything,” she said. “I think it’s easy with online dating for things to fizzle out if you don’t strike while the iron is hot.”

But what could’ve been, had her date not needed to quarantine?

“I think you need to just see the funny side,” she said. “Hopefully I can meet him when he’s back and out of the quarantine period.”

“We need to not let corona ruin what might be a beautiful thing,” she added.

For those who are stuck inside for the time being, dating can take some creativity.

In Washington state, where most US deaths have so far occurred, some people are learning a new way to practice remote romance.

“Turning down invitations for drinks and dinner and just staying holed up in my apartment and sexting is about the extent of my love life now,” said Mel, a 41-year-old in Seattle. 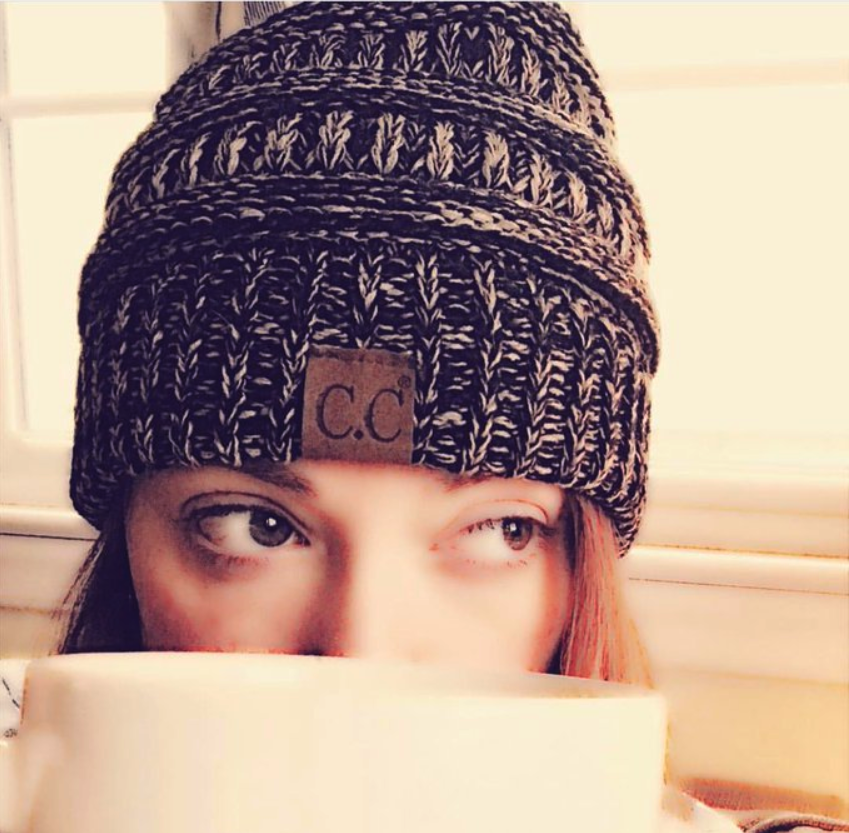 Mel’s company has mandated all employees work from home for a month, and said many other people in Seattle are doing the same thing, as well as avoiding public places as much as possible.

“We just kind of left our plans in limbo: maybe reschedule in a week, maybe a month?” she said. “Maybe our first date will be in a quarantine center when we finally catch it.

“Guys on Tinder have been way chatty around here,” she said. “So, there’s no shortage of people who still want to talk.”

She has made a few tentative plans with people for when the situation has calmed down, she said.

“Until then it’s lots of flirty emojis and cute selfies back and forth,” she said.

And, yes, some dirty texting as well.

“It’s a fun way to handle the lull before you can actually meet in person,” she said.

While everyone is struggling with cabin fever, her Tinder has been popping, she said —— despite the fact that Tinder has actually issued a warning to users, saying their health is more important than dating, and they should “maintain social distance in public gatherings.”

A warning issued by Tinder about the coronavirus

You might expect dating apps to become a ghost town amidst an epidemic, but an increase in usage isn’t too surprising, said Hannah Orenstein, former matchmaker and Senior Dating Editor at Elite Daily.

“Historically, dating app usage spikes whenever people do have to stay home, so you see that most often with snowstorms or blizzards,” Orenstein told BuzzFeed News. “People are stuck inside, they’re bored, they might be feeling lonely or a little stir-crazy…but the difference, of course, is that during a blizzard, there isn’t really a risk of passing a virus between two people who might be hooking up on a snow day.”

If you wind up quarantined but still have the dating bug, Orenstein said there are plenty of ways to keep it flirty while you wait till it’s safe to meet up.

“[If] you match with somebody cool,” she said, “Just say, ‘Hey, I’m stuck inside, are you free for a FaceTime date? I’ll have my glass of wine, you have your glass of wine in your house a mile away, and we can FaceTime.’”

Despite all the global economic and social chaos sparked by the virus, many aren’t too worried about catching the coronavirus itself when it comes to dating.

Amanda, a 23-year-old in New York City, was quarantined a few weeks ago after returning from a trip to China. It was a boring, lonely time, so she took to the apps.

After the five-day period when most infected people show symptoms, Amanda was still feeling healthy, so she broke her quarantine and actually went on a date.

“When we went out, [he joked] we would have to sit a few tables apart from each other and he’d talk to me through the phone so that he wouldn’t catch anything, just in case,” she told BuzzFeed News.

At the end of the date, there was no kiss, she said — partially because she knew it could hold a slight risk, but mostly because she just wasn’t feeling it.

“If I were into him, I think I would probably tell him to hold off until next time,” she said. “Which kind of works strategically for me, because one, something to anticipate on the second date, and two, not infecting him.”

“The date was really bad, but that was irrelevant to coronavirus,” she added.

In at least one case, coronavirus is less of an obstacle for hookups as it is a convenient excuse for getting out of them. 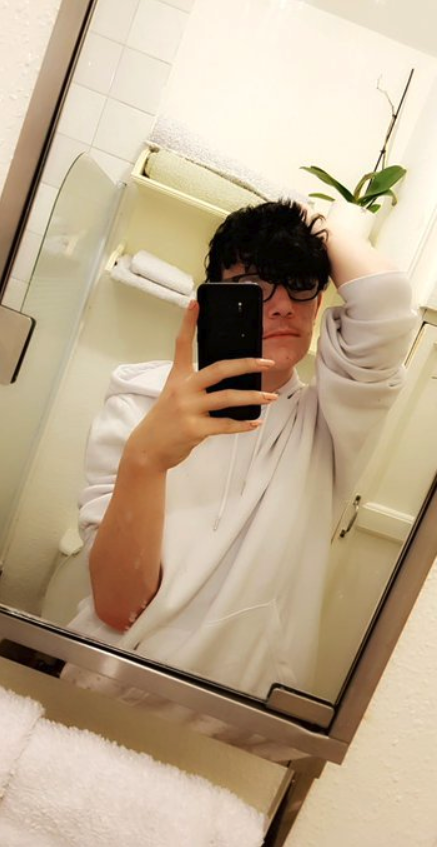 Ocean, an 18-year-old in Cambridge, England, told BuzzFeed News he lied to a few people on Grindr about having flu-like symptoms because he decided he didn’t feel like meeting up after all.

“Don’t want to put anyone at risk just because I want to get dicked down,” he recalled messaging one guy.

Much like tacos, The Office, and pictures of sedated tigers, coronavirus has become a widespread reference in Tinder bios.

“I have Disney+ and snacks to quarantine for coronavirus,” read one bio viewed by BuzzFeed News in New York City.

“Let’s grab drinks before we all get coronavirus,” said another, alongside an emoji of clinking champagne glasses.

The deadly illness has become something of a pickup line on the app, and some male users told BuzzFeed News they are not too concerned about catching it.

“A coronavirus joke is my attempt to stand out a little bit,” said Josh Munzenrider, a 31-year-old New Yorker. “And I definitely think it’s helped somewhat! I’ve gotten some better matches since I’ve added it to my profile, which was only yesterday.”

Josh said he’s taking the normal CDC-recommended precautions — washing his hands, buying hand sanitizer, and so on — but has “no intention of letting it dictate my social life.”

“Being single in NYC — especially in the winter — is hard enough,” he said. “Getting worked up into a frenzy over something low-risk and out of our control is for the birds.”

BuzzFeed News asked several male Tinder users whether they will change their dating habits as a result of the disease’s spread. None reported that they plan to.

And perhaps some love connections will come out of this coronavirus cuffing season after all.

Sami, a 25-year-old in New York, told BuzzFeed News how the illness directly led to her winding up in a relationship this week.

“Basically, me and this guy had been hooking up for like a year, off and on,” she said. “[On Wednesday], we met up for drinks, and…he was like, ‘Oh, by the way, I think we should talk about maybe not seeing other people anymore.’”

“I was like, ‘Woah, where’s this coming from?’” she said. “And he was like, ‘Well I’ve been thinking a lot about it because I’ve been working from home because of the corona threat, and they said to limit your exposure to other people.’”

Sami was shocked, she said, as the two had never discussed taking their casual fling to the next level.

“He was so steadfast in his determination because he’s so concerned about sleeping around and getting coronavirus,” she said.

She thought it was a bit silly, but agreed to make things exclusive — at least until the coronavirus threat passes. At that point, she expects they’ll go back to hooking up with other people.

“I think it’s gonna get really awkward after all of this dies down,” she said.

It sounds like the perfect set-up for a rom-com, but Sami insists their little love quarantine is only temporary.

“This would make a very interesting wedding announcement,” she said. “So, I guess we’ll see!”

When will gyms reopen in the UK?