The Bafta award-winning hit Prime Suspect was a watershed moment in the careers of Lynda and lead actress Dame Helen Mirren, who became a Hollywood star and won an Oscar in 2006 for her role in The Queen. Lynda, 78, became known as The Queen of Crime and retains her crown to this day, as a hugely successful writer, selling millions of books around the world. She is reflective about the public outpouring of grief after the recent murder of Sarah Everard, 33. And she has real fears for society as the world becomes harsher by the day, driven in part by the collateral damage from the pandemic.

She said: “Your heart breaks when you read that she was just walking home. It has touched everybody and for me, the heartbreak is, you can’t repair it. There is no closure – she was just taken. It’s horrendous.

“For years women have felt frightened on the streets.

“Even me, walking in the park, I am suspicious if I see a male without a dog.

“The hoodie is the worst design of any outfit in the world.

“If you see someone in a hoodie, dark clothes and walking solo at night, you are on your guard.

“We need to re-educate men, and children too. Think of the knife deaths, young people are killing and injuring each other. 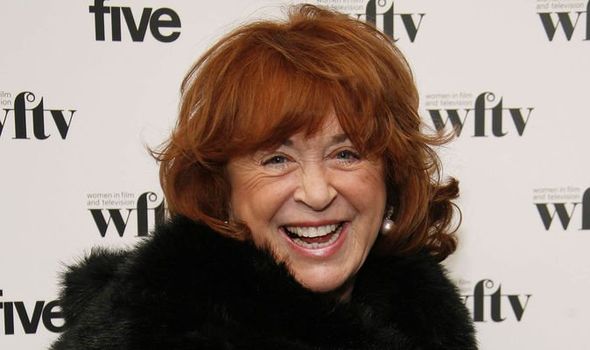 “I think it needs parental control too – a lot is being put on the schools to sort out.

“We are living in a very harsh world at the moment. There is so much violence erupting.

“It’s coming from frustration, terrible frustration of so many unemployed, so many without money. The homeless are back on the streets. It’s a mess.

“You think of the businesses that have shut, gone, and people are now stuck in their houses.

“It’s fine for me, I have a garden and park nearby.

“But can you imagine if you are living in a high-rise flat with two children? Kindness is imperative now.”

She says young women feature all too regularly as murder victims in film and TV: “It’s very simple to put a glamorous figure being murdered because you have an immediate, strong welter of feeling towards it. That beautiful life snuffed out. Why?

“For me, I don’t ever go down the gruesome route. I follow the victims and their families and explore what it does to them, rather than the violence.

“It is the hunt for the perpetrator. I take the more complicated way to solve the puzzle.” 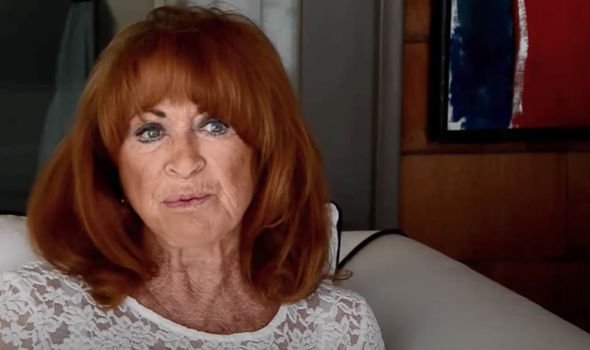 Fiercely bright, funny and curious, Lynda’s outgoing personality has meant she has struggled being socially limited in lockdown. She has been staying with her 17-year-old son Lorcan in her Kingston mansion.

She says frankly: “I didn’t want to risk going out. I suffer from bronchitis and I’ve had a little problem with my heart over the years, so I have to be careful and not foolish.

“I’ve been marooned. I haven’t left this house, apart from grocery shopping to Asda and my daily walk, for a year.

“I can’t wait to see people again. I’ve got a huge dining table and I’m thinking, ‘When am I going to have a dinner party?’ I love entertaining. I’d really like to charter a boat for friends and sail around the Mediterranean when it’s over.”

She believes she caught coronavirus last January in 2020.

“I was in America and I was so ill with bronchial pneumonia and a cough. But there was no Covid scare then so after I regained my health I flew home.

“But I was sick again and it was the worst illness ever.

“I couldn’t get out of bed for a week and Lorcan had it too. 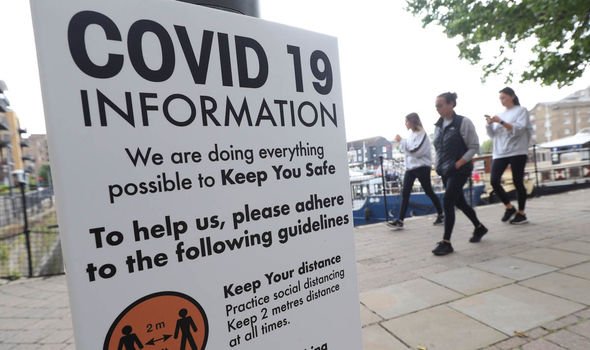 I’ve had the first dose of the AstraZeneca vaccine but I hope they’re not running out.”

She has enjoyed being at home with Lorcan and lights up talking about her adored son, whom she adopted in America as a baby when she was 59.

She says: “He has his own quarters and I’m not allowed inside.

“He has a lovely girlfriend who he met at school. They’ve been going steady for two years, they’re like an old married couple. She’s in our bubble and stays here quite a lot.

“Lorcan’s a very big personality, he never ceases to surprise me. Without hesitation it was the best decision of my life adopting him. I’d fight to the death for him.”

She has protected him from the limelight and there are no photographs of him in the public domain.

“He isn’t bothered about me being famous and has no interest in my books. I don’t think he’s even read one. I am aware of Lorcan’s mental health. Very much so. But he’s a teenager and it’s hard to get him to talk about his feelings.

“He’s a very good cook, helps around the house and he sorts me out on Zoom. I’d be lost without him and that dawned on me when he went back to school and he was gone all day. 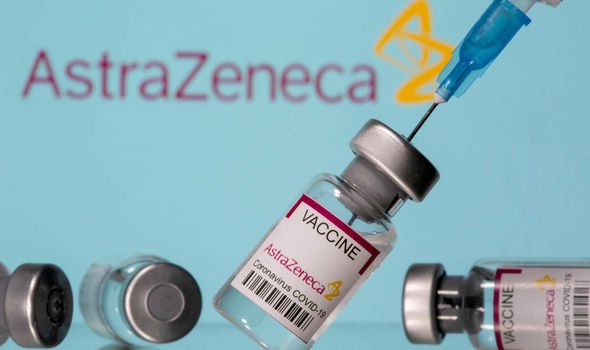 “When he leaves home I’ll rattle around in this big house and so I’ll probably downsize.”

For a long time she admits that her career consumed her.

After studying at Rada she worked as a jobbing actress for years before turning to scriptwriting and creating the series Widows for Thames TV in 1983.

It was a smash hit and considered ahead of its time with four female leads. In 2018, Steve McQueen turned it into a Hollywood movie. Lynda says she is a workaholic and an insomniac who is often awake at night dreaming up plotlines.

She says her new book Judas Horse was inspired by real-life serial burglar The Wimbledon Prowler, eventually caught by a supergrass and jailed in 2019 after a decade-long spree.

She explains: “When I was in Colorado staying at a friend’s ranch they were telling me about a Judas Horse.

“When the wild mustangs are running free you corral the lead mustang and train it.

“When he’s ready, you release him and he’ll bring the whole herd back into the corral – like Judas betraying them. So in my book, Jack Warr has got to find the Judas Horse in a trail of robberies in the Cotswolds.” 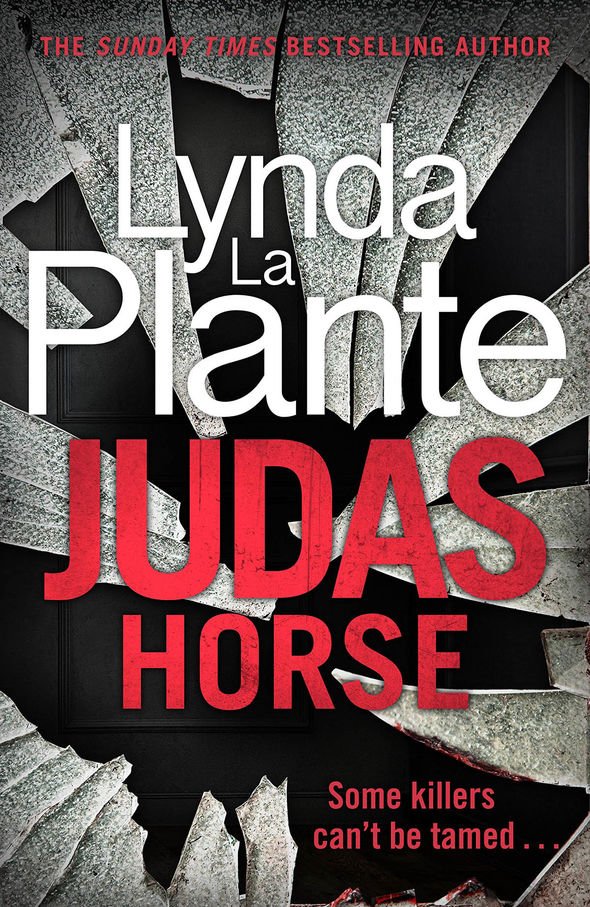 She smiles: “Every time a new book comes out it generates this energy and I think, ‘Is it going to be liked? Will it be well reviewed?’ It’s very exciting. This is why I encourage young writers so much.

“But it’s not for everyone. I live in this strange world, all on my own, talking to myself.”

Judas Horse, which is out on Thursday, continues her Detective Jack Warr series.

The first in the series, Buried, was published at the start of the pandemic and became a bestseller. Yet Prime Suspect still holds a special place in her heart.

The author will make a number of appearances at major events throughout the year for the 30th anniversary.

Lynda says: “Helen took the role and enhanced it. I’d love to write a final episode for her. We have talked about it.”

But for the first time the writer admits the chances of the one-off drama are slim after a rift with ITV in 2017 over the prequel, Prime Suspect 1973.

It was only loosely based on her book Tennison, but Lynda walked away from the project when she felt they were trying to change it too much.

She reveals: “I’ve had quite a breakdown with ITV and they own the rights to Prime Suspect.

“What happened to me with the Tennison’ series was abysmal and it broke me for a while.

“But I’m still in touch with Helen. If she’s in London for a function I will see her. She’s wonderful, an iconic Dame.”

The seventh book in the Tennison’ series, Unholy Murder, is out in August. The books have traced the hardened detective back to when she was in her 20s, “because I wanted readers to see her grow, from station to station, from crime to crime, observing the damage her career does to her. You get to understand what a high ranking policewoman has to cope with.

“Women get more pressure, particularly if they’re trying to have a family life as well.”

Married to musician Richard La Plante for 17 years, until they divorced in 1996, she says: “The only good thing he gave me was his name. He wanted it back but I wouldn’t give it to him.

“I was seeing a banker in New York for a while who was quite a bit younger than me, but we had nothing in common and we broke up about four years ago.”

And currently there is no romantic partner. “It would be wonderful to meet someone but I’m very happy being single too.

“I haven’t given up on love but I don’t think anyone would have the patience to be with me because I’m a workaholic.

“I actually don’t think there’s room in my life.”