IT WAS WORTH WAITING for in the end – well if you were a Liverpool fan anyway.

A game postponed by protesters finally lived up to all the traditions of great clashes between these two. 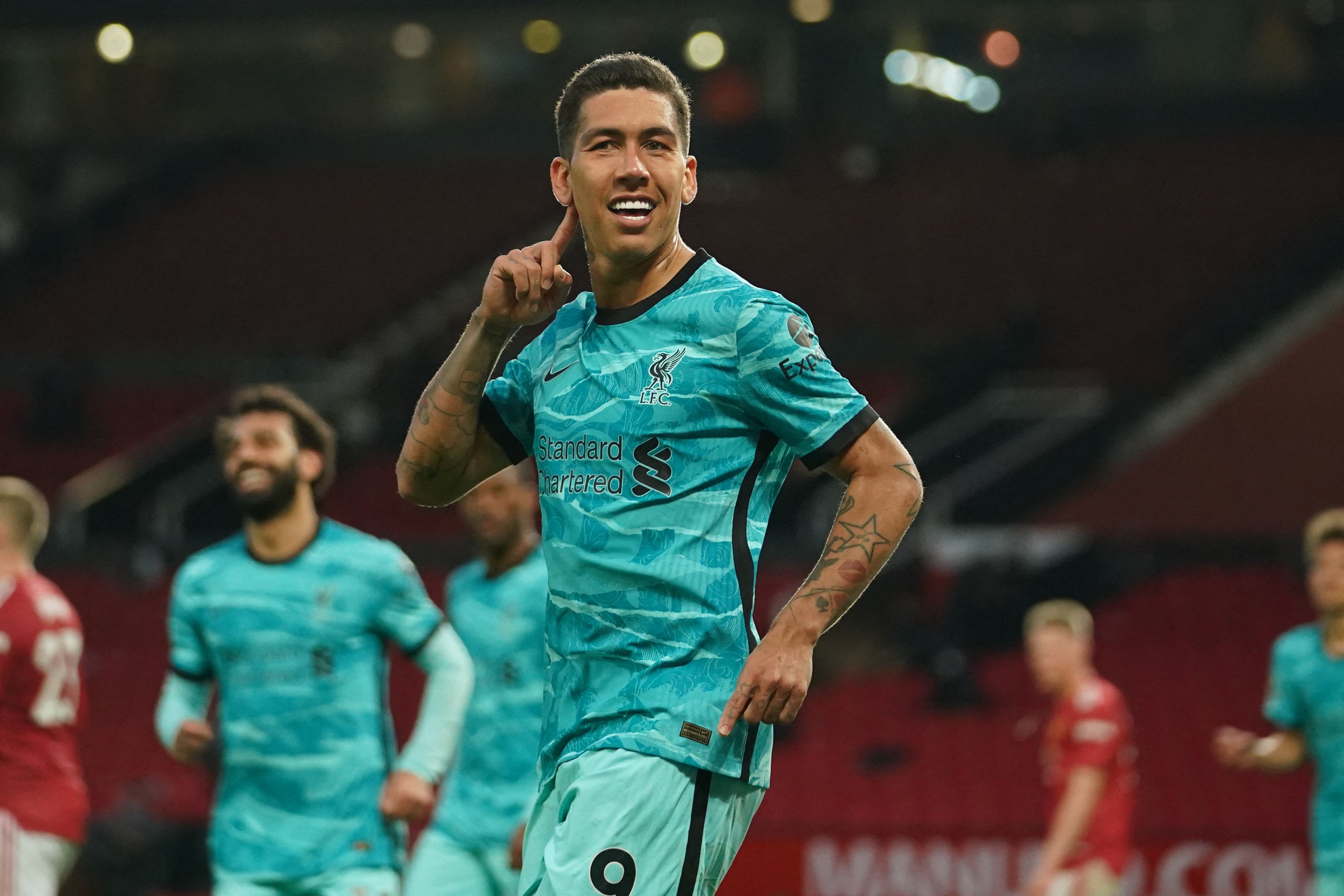 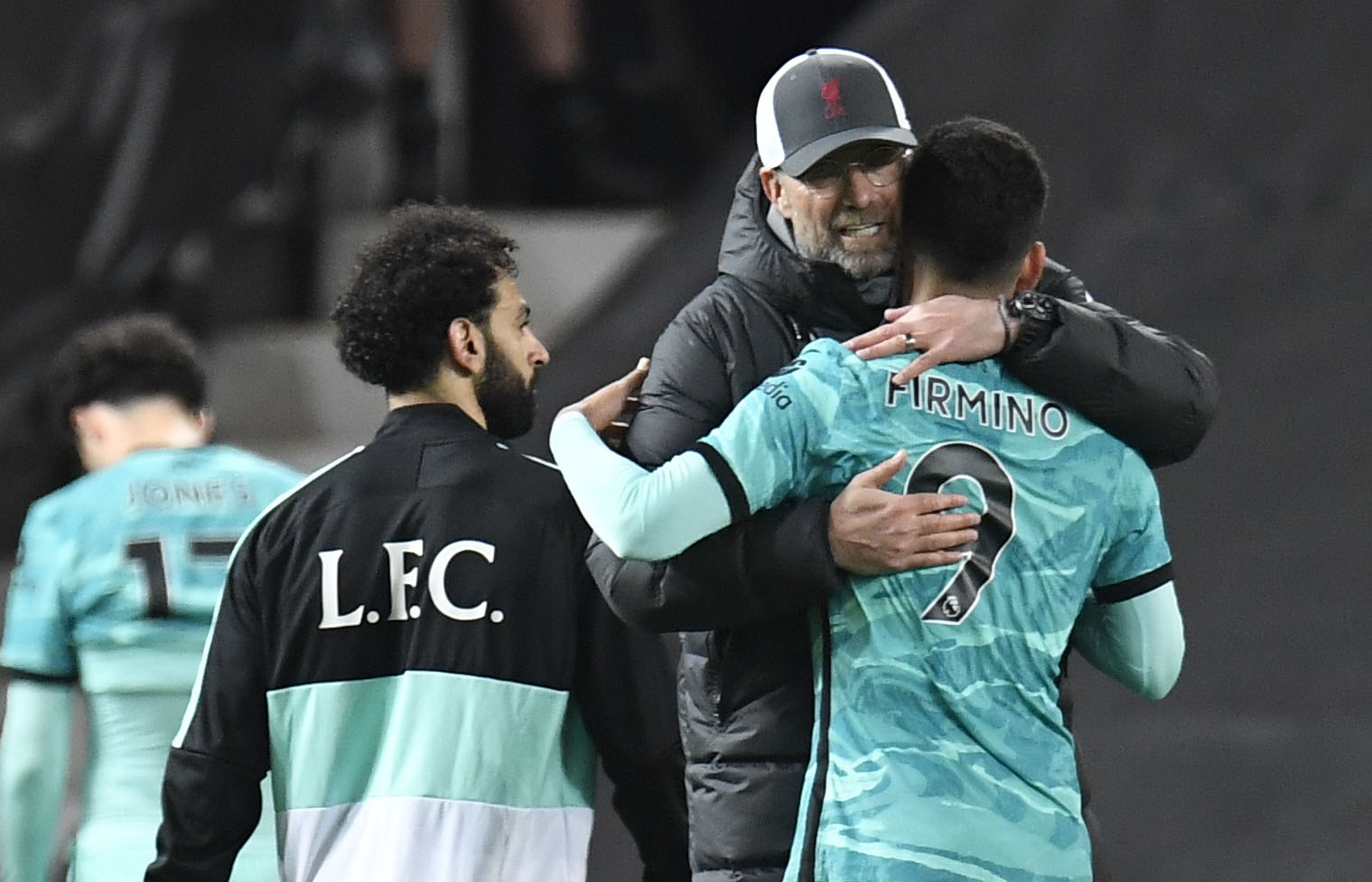 At the end of it Liverpool had those Champions League places back in their sights.

In fifth, four points behind Chelsea and six behind Leicester with a game in hand on both.

Their run-in pitches them against West Brom, Burnley and Crystal Palace so another nine points are well within their grasp – or should be.

This Liverpool team who thrilled for the past two campaigns as they popped champagne in Europe and at home, lost their fizz this season.

Still they can salvage something as last orders approaches, this win at the home of their fiercest rivals ensured that.

Having gone behind early to a Bruno Fernandes goal they hit back to lead 3-1 just after the break with goals from Diogo Jota and two from Roberto Firmino.

It had all started so well for United too.

Having been forced into playing a weakened team against Leicester on Tuesday night this was full strength again.

Most probably the outfield ten for the Europa League Final.

Edinson Cavani should have had them ahead after just three minute but somehow missed a gaping goal after latching on to a loose pass out by Liverpool goalkeeper Alisson.

Fernandes would get him out the cart however in the tenth minute.

His curling shot with the outside of his right boot was heading for the far bottom corner but the deflection off Nathaniel Phillips outstretched knee made sure Alisson had no chance.

It was Fernanes’ 26th goal in the Premier League for United, the most of any player in their first 50 games in the competition’s history.

Having had a third minute penalty claim for handball against Eric Bailly correctly rejected, Liverpool thought they had a stonewall claim on 26.

Bailly thumped a clearance out from just inside the area getting the ball first but following through on to Phillips.

Now slowed down it looks bad, as these things often do. 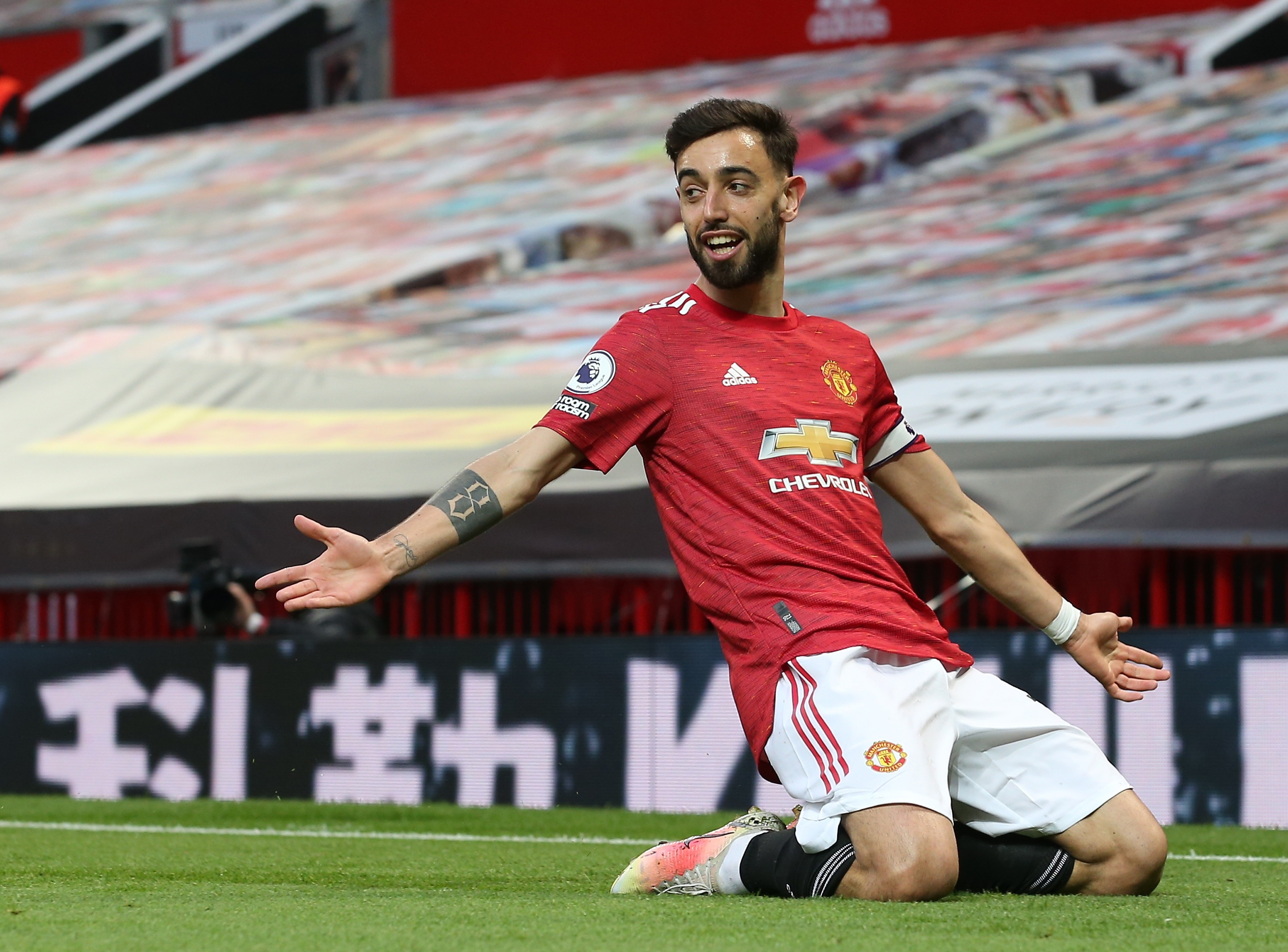 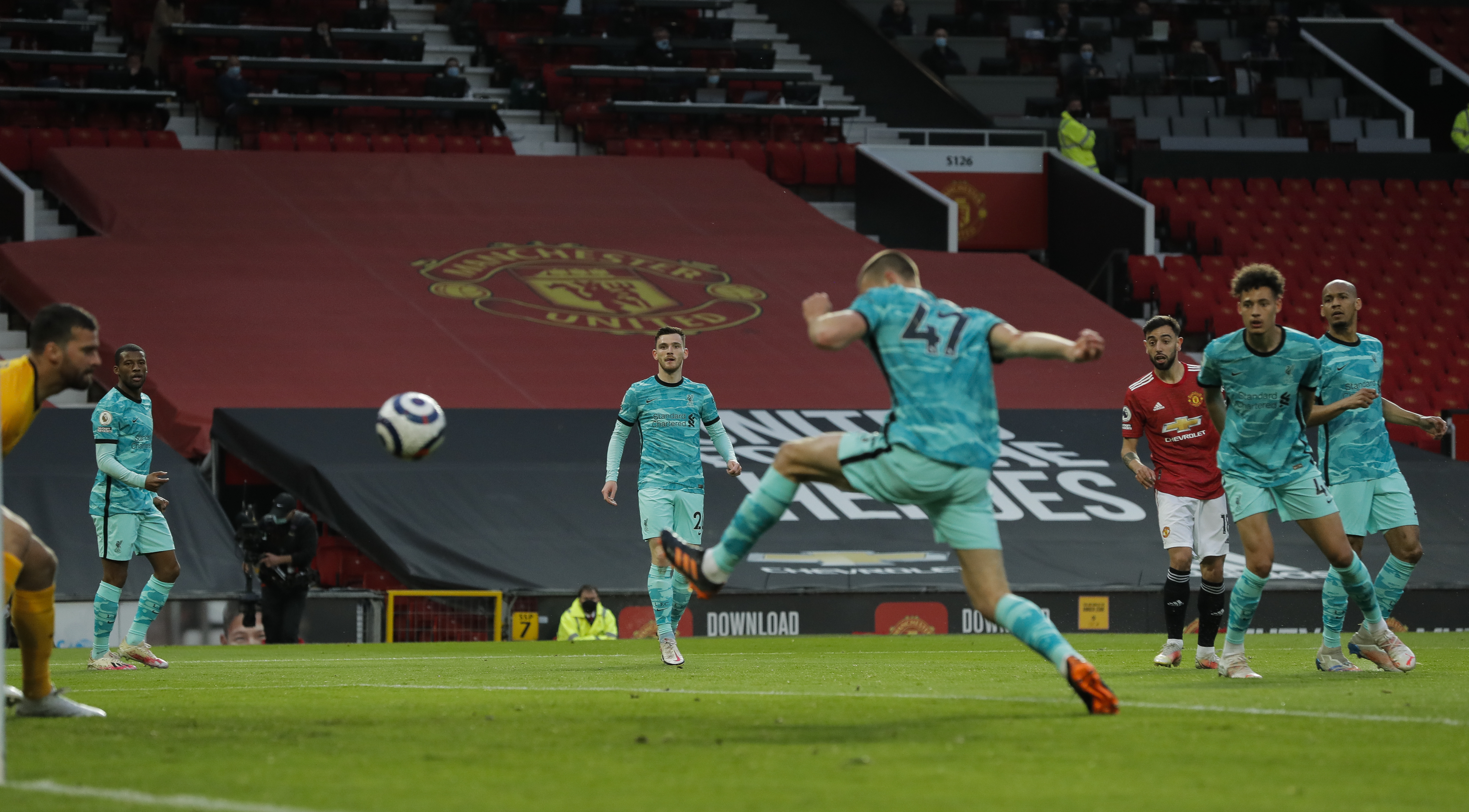 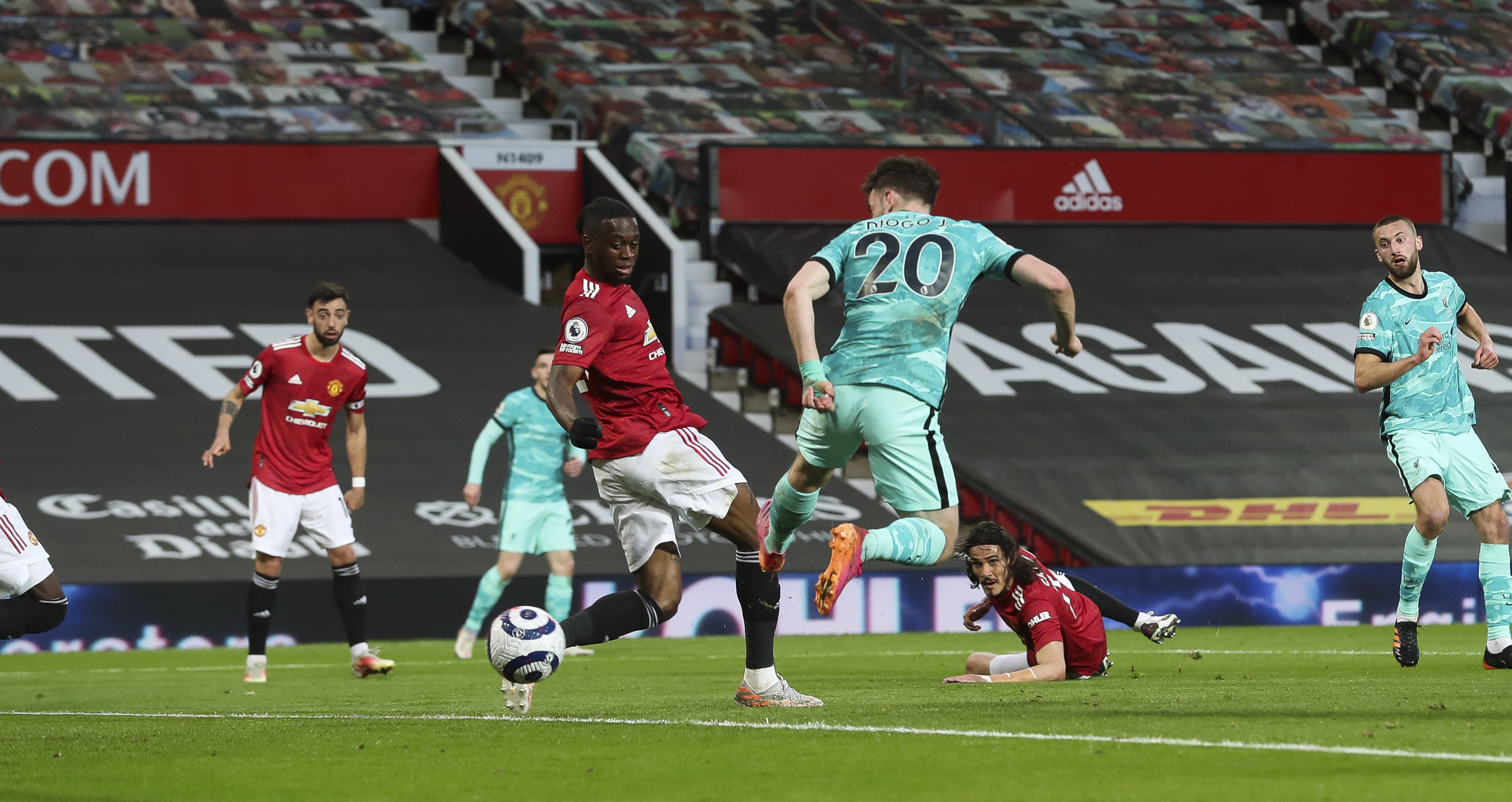 In real time however, there was nowhere for Bailly’s foot to go having connected with the ball.

Anthony Taylor had awarded the penalty but the VAR asked him to look again and he changed his mind.

The sense of injustice seemed to rile Liverpool up and by the break they were ahead.

The equaliser came on 34 minutes and owed much to the ingenuity of Phillips.

He dug the ball away from a gaggle of players in the area and hit a cross shot that Jota cleverly flicked home with his instep.

Liverpool’s tails were up and in the third minute of injury time they went ahead.

It was a personal nightmare for Paul Pogba who first gave away a free-kick. Then when it was delivered by Trent Alexander-Arnold, Firmino easily evaded the French World Cup winner who was supposed to be marking him and headed home from close range.

Now United being behind after not being at their best in the opening period is a regular thing this season.

We witnessed it again last Sunday when after trailing 1-0 to Aston Villa at the break they came back to win 3-1. 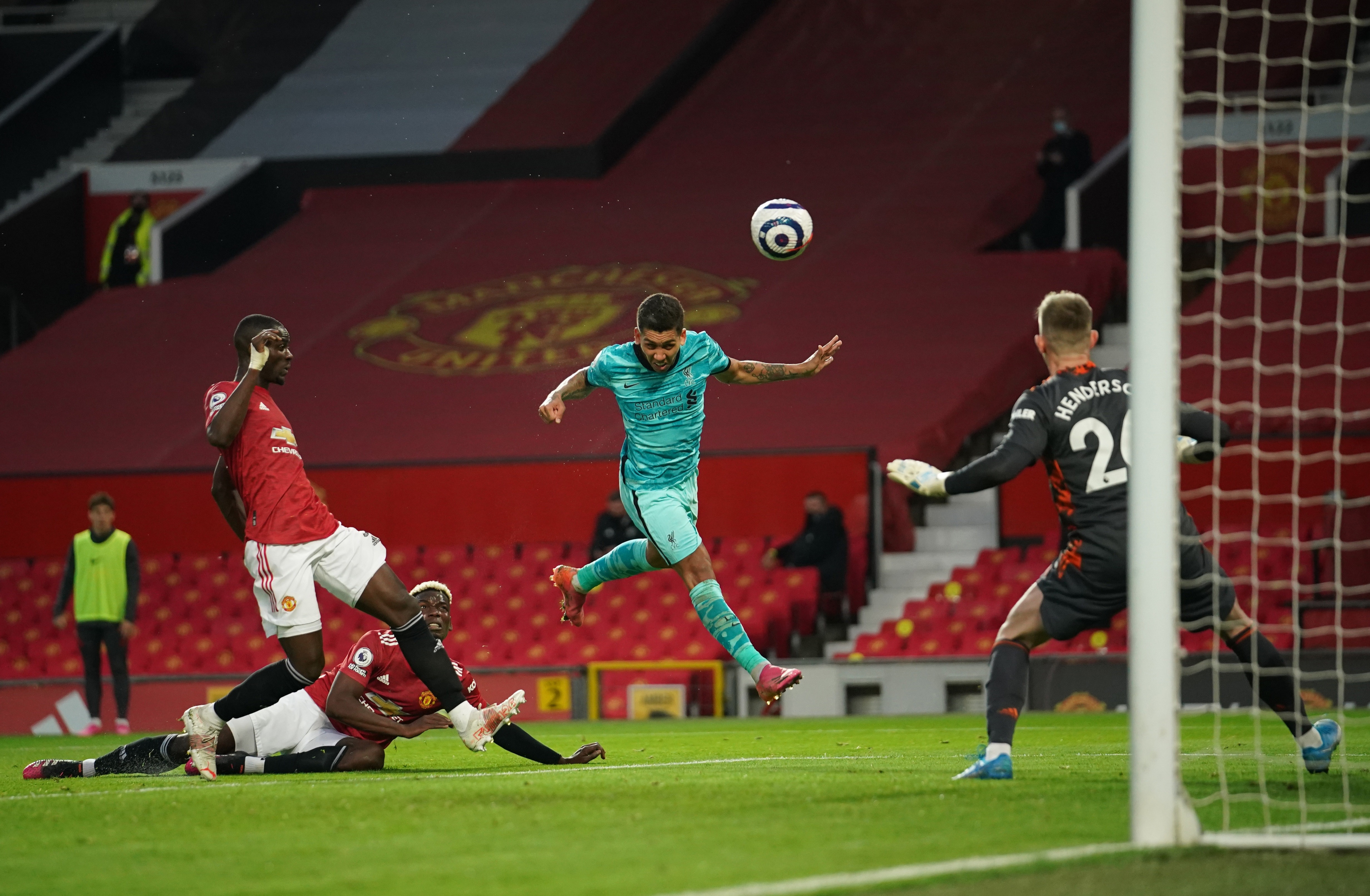 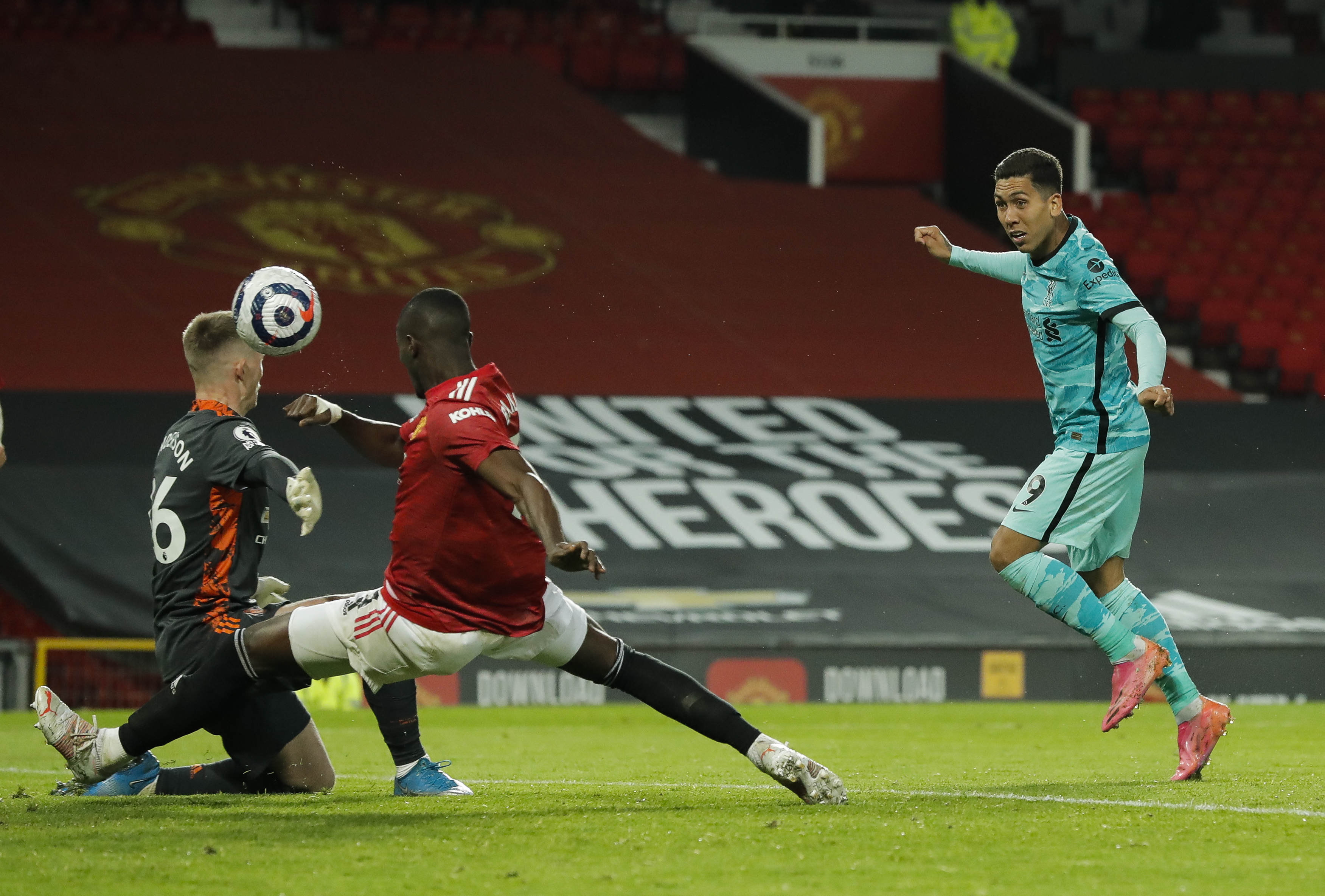 It was the tenth time this season they have conceded first and ended up winning.

Not on this occasion, as Liverpool furthered their lead two minutes after the restart.

There was a catalogue of errors from United that assisted them.

So when Fred released a loose pass just outside the area Liverpool were on to it.

The home side wrestled back possession but then Luke Shaw lost it.

Alexander-Arnold had a shot straight at Henderson that he should have held low down but he spilled it and Firmino was first to the loose ball to get his second of the night.

Harry Maguire’s injury absence is already being felt which will be a worry heading to Gdansk where he is unlikely to play against Villarreal. 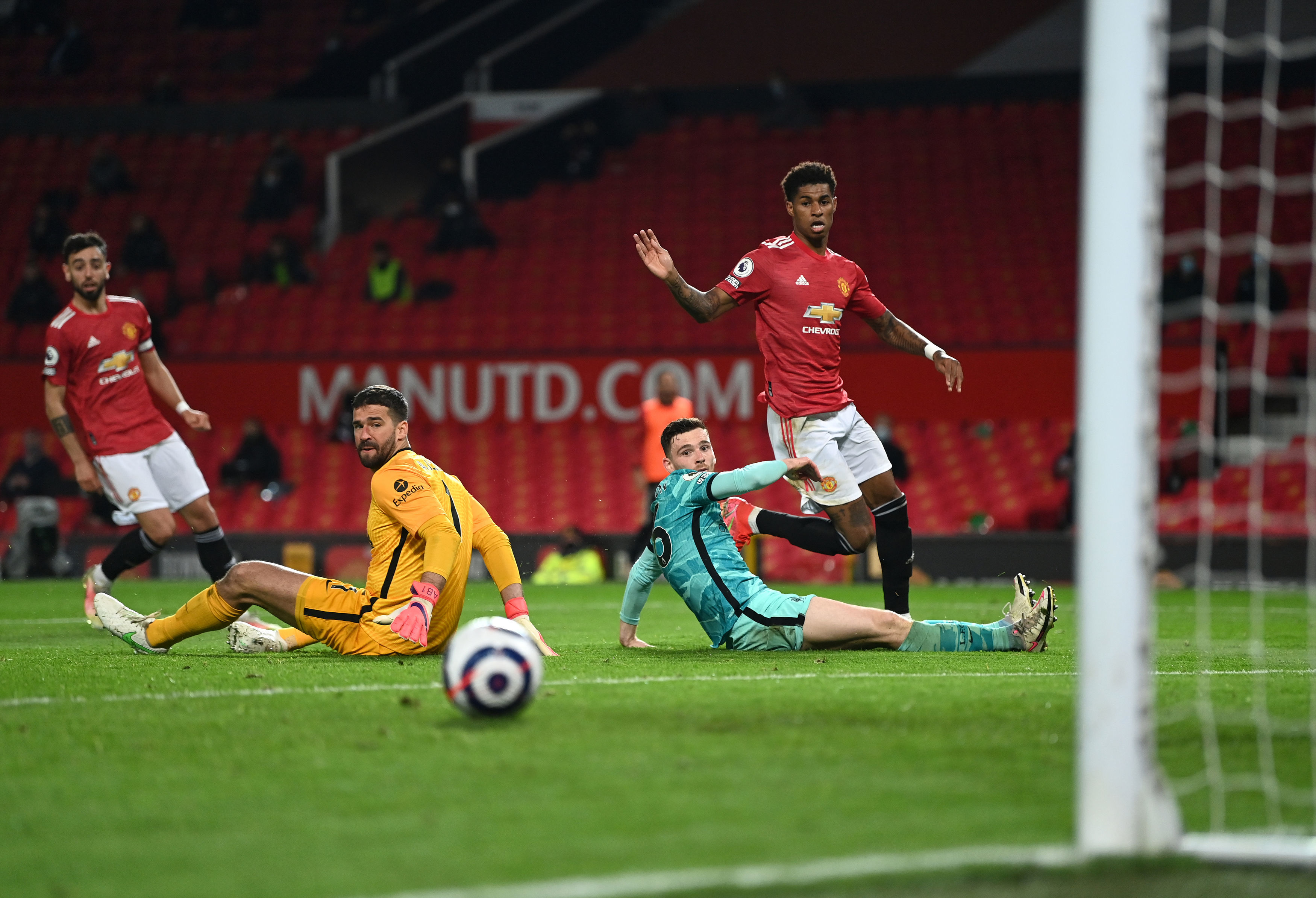 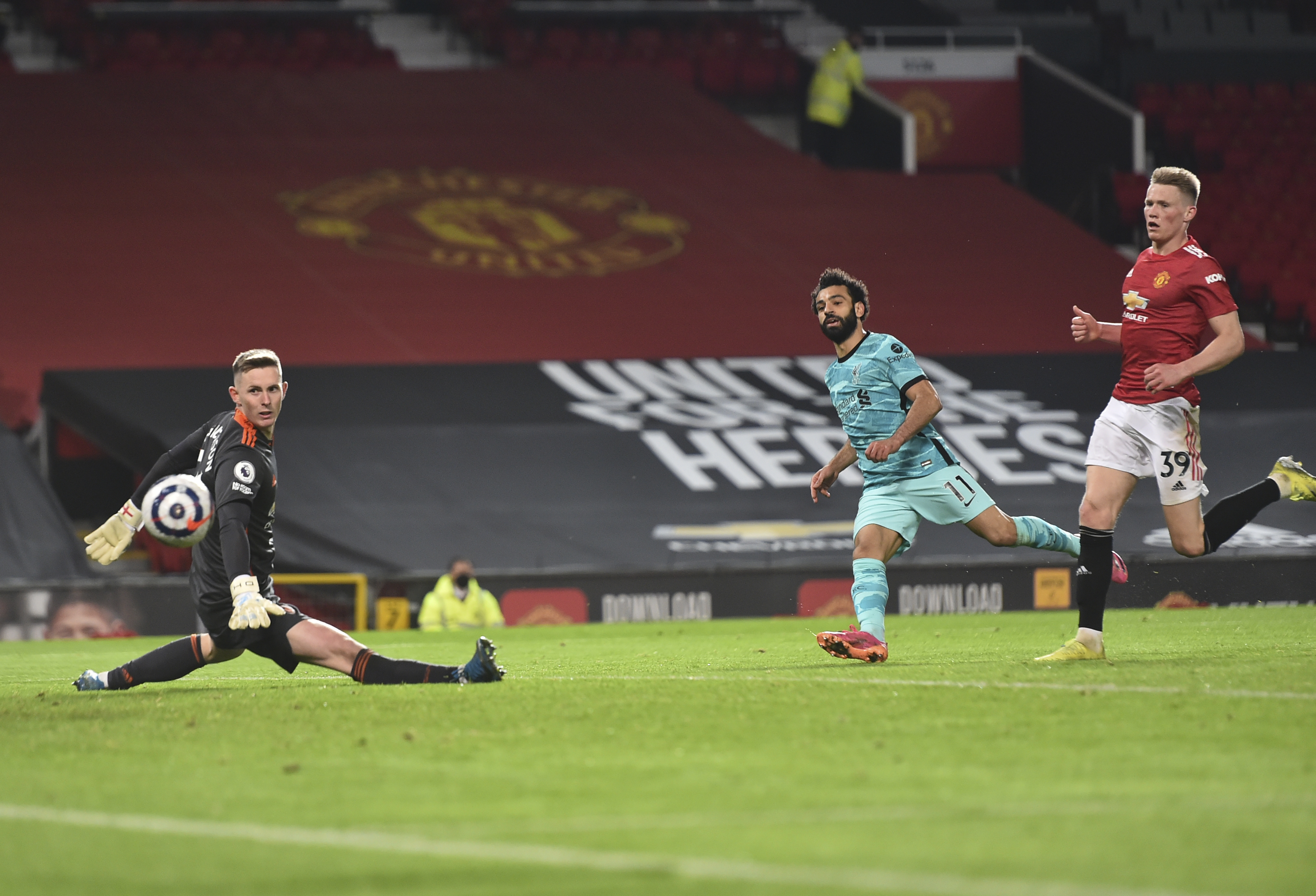 United behind, but their powers of recovery emerged as Marcus Rashford fired them back into the game on 68 minutes.

A great through ball from Cavani and an assured finish from the Three Lions star into the bottom corner.

Game on and they were very nearly level two minutes later when sub Mason Greenwood had a close range shot cleared off the line by Phillips.

United laid siege, Liverpool held on and right at the end broke away with Salah running half the length of the field before neatly tucking it past Henderson.

He served Labor and Liberal alike. Now Ken Henry wants a federal ICAC to scrutinise both