A range of new rules have come in which should help that a touch, but by far the best thing to do is sort it yourself. Before I start though, just take a moment to work out what you’re paying for your broadband and phone line – as the two are wrapped into one.

On 15 February the rules set by the regulator Ofcom changed. These aren’t just for broadband they apply to digital TV contracts, mobiles and home phones too. 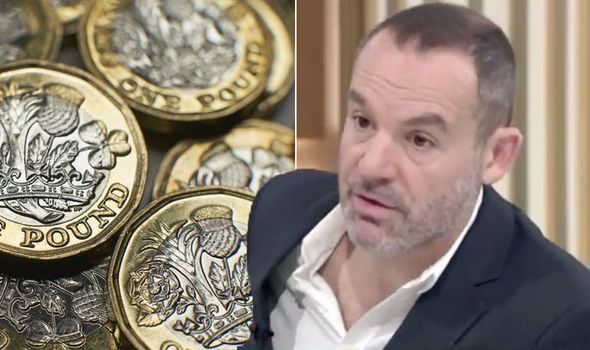 But bizarrely, while the provider must tell you what the cheapest deals are, they don’t have to offer it to you.

Though some of the bigger providers, BT, Sky, TalkTalk and Vodafone have voluntarily agreed they will – in which case at the very least do that. But as the best deals tend to be hot short promo deals from comparison sites not direct, which include incentives like £100 credit on your bill, a £75 Amazon voucher or a £150 on a prepaid Mastercard – they won’t have to offer you these either.

My suspicion is this means firms will start to increase the costs of tariffs, and instead give even bigger sign up perks to new customers only.

DON’T MISS:
Martin Lewis reveals how to protect yourself from scammers – warning signs to look for [VIDEO]
Martin Lewis issues warning to check tax code – you could be missing out on thousands [EXPERT ADVICE]
Martin Lewis: This one choice you make with a mortgage could save you nearly four grand [EXPERT TIP]

The hottest broadband deals around

Broadband deals are all about short lived promotions, which makes this rather tricky to write as things are changing all the time.

So I’m going to run through the best deals at the time of writing, but for my totally up to date info use my broadband.moneysavingexpert.com tool – which shows what deals are currently available.

Plus, as many deals are limited depending on postcode, it enables you to see what you can actually get.

Shell (yep the energy firm) currently has a couple of deals, via the link above, for broadband and line, both involve giving you bill credit and an Amazon voucher.

Factor those into the price over the year’s contract and it’s £12/mth for standard 11Mb speed or £16/mth for 35Mb fast fibre.

Also, for fibre broadband and line the Post Office via www.broadbandgenie.co.uk is £21/mth and you get a £50 Amazon voucher, factor that in over the year’s contract and it’s £17/mth.

And even if you want to go for seriously fast fibre broadband, up to 100Mb speeds, prices can be as little as £25/mth all in.To switch just sign up and your new provider should sort it few you, with usually only a few hours of down time.

Rules about speeds have been strengthened

It used to be that only 10 percent of customers needed to be able to get the advertised speed, but now at least 50 percent do, and that’s at peak time.

Plus BT, Sky, Plusnet, and Virgin Media will give you a PERSONALISED MINIMUM speed before you sign-up, and if it drop below this and they can’t fix it for 30 days you have the right to leave penalty-free.

Martin Lewis is the Founder of MoneySavingExpert.com. To join the 13 million people who get his free Money Tips weekly email, go to www.moneysavingexpert.com/latesttip

Queen Rania of Jordan poses with her VERY photogenic family

'Miracle' identical twins have unbreakable bond despite one being left disabled