Home » Lifestyle » Mayo vs Cork: The 2017 All-Ireland Football Championship Qualifier that went to the wire This week in our classic games series, we cast our eyes back to an extra-time epic between Mayo and Cork in the 2017 qualifiers.

In the midst of the Connacht side’s 10-game summer odyssey, they ran into the resurgent Rebels in what turned out to be a nail-biter.

Stephen Rochford’s charges had exited the Connacht Championship at the hands of Galway, but regrouped through the back door with wins over Derry and Clare.

Cork meanwhile were licking their wounds after an eight-point defeat to Kerry in the Munster final, with many left questioning the Lee-siders.

It was a summer in which the Cork hurlers were re-emerging as a force with a shock Munster Championship win, and on the day when Páirc Uí Chaoimh was re-opening for intercounty action, the minds of the Cork footballers were firmly on Limerick as they plotted an upset against a fancied Mayo team. 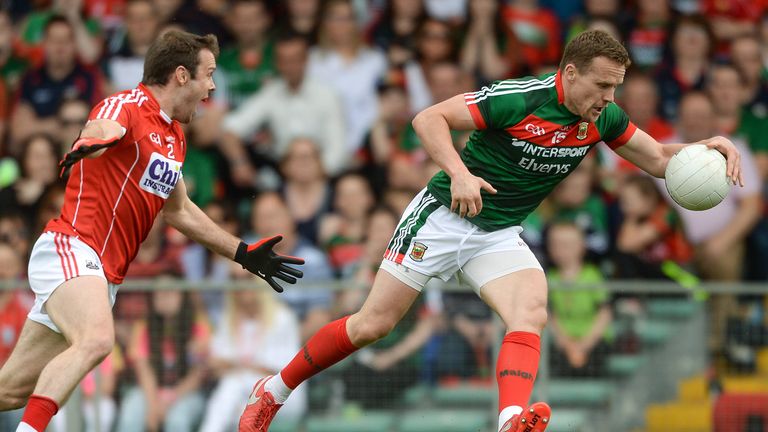 Throughout the game, it was Mayo who were in the ascendancy with Cork playing catch-up. The men donning the green and red jerseys took a 0-10 to 0-7 lead into the break. Indeed at one point in the second half, they opened up a seven-point lead, but goals from Seán Powter and Luke Connolly kept the Rebels in touch.

As the clock ticked into injury-time, Nemo Rangers man Connolly produced a late, late equaliser from a 45 to bring the tie to extra-time.

Buoyed by the momentum of their comeback, Cork started the brighter and looked to be on their way back to Croke Park, as they opened a two-point lead in injury-time, but there was to be another twist as late points from Keith Higgins, Diarmuid and Cillian O’Connor sealed victory for Mayo.

Mayo boss Stephen Rochford cut a relieved figure at full-time, as he saw his side win a sixth consecutive qualifier under his watch.

“Probably more relieved than delighted,” he told Sky Sports after the game.

“I think we played well for certain times. We put ourselves in a really good position to win that game, but we coughed up two goals, maybe poor goals as we’d see it.

“[That’s] concerning. We played a lot of good football to get into that position, and we knew that Cork were going to come at us, really really hard.

“Cork are a better team than an awful lot of the top pundits had given them credit over the last while.”

“Obviously we had huge determination,” he continued. “There is genuinely a never-say-die attitude to that. You don’t always win the game with that, but we fought really hard.”

Meanwhile, opposite number Peadar Healy was left aggrieved with the time-keeping, but was reluctant to blame the referee.

“The referees are human beings. He obviously didn’t want to make that mistake. It was indicated on the board three minutes, he only played just over two,” he said.

“But look, we had our chances. I’m very proud of the boys and that performance they gave today.

“They certainly did not [let us down]. Savage performance from the boys. We know it’s in them. We just need to get it out of them. They put up some performance there today.

“It’s certainly something to work with [for Cork football going forward].”

Mel Sykes, 50, snogs gondolier lover, 23, in Venice as she shrugs off age gap