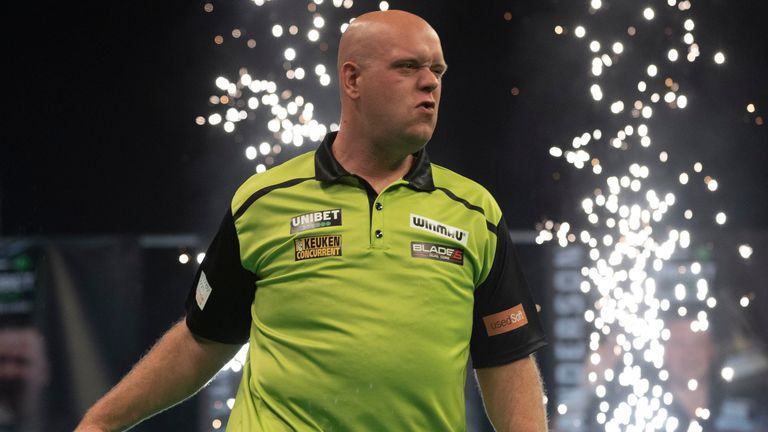 Michael van Gerwen joked he had two points in one pocket and Peter Wright in the other following a comprehensive win over his rival in the Premier League.

Five-time champion Van Gerwen was among five players to pick up their first wins of the new campaign at the Marshall Arena, as the Dutchman punished an out-of-sorts Wright, despite averaging just 92.16.

A repeat of the 2017 Premier League final was highly-anticipated following verbal exchanges between the players in the media, but it was Van Gerwen who got the better of this tie to boost his battle to return to the play-offs this season.

Despite neither player being near their fluent best, Van Gerwen was visibly fired up for the occasion and let out a roar after striking a crucial 14-dart break of throw to go 4-2 up.

From there it was one-way traffic as Van Gerwen continuously punished Wright, whose 29 per cent double accuracy was a far cry from his perfection on the outer ring on opening night. 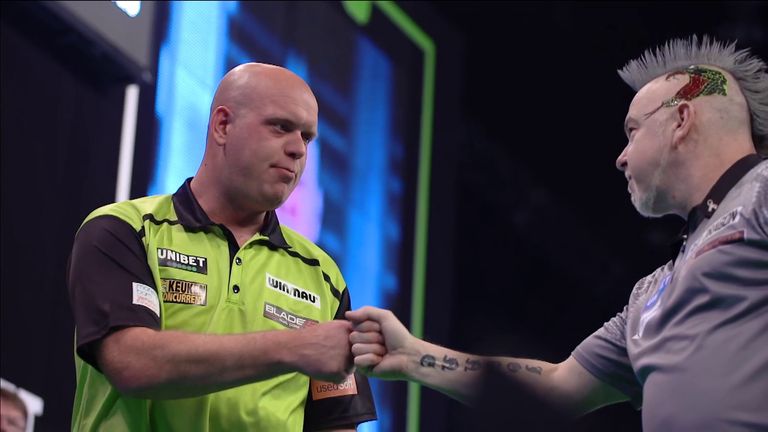 The opening nine nights will see the 10 players face each other once in the round-robin phase. The bottom two players will be eliminated on Judgement Night.

The second phase will see the remaining eight players play each other once.

The top four in the table will face off in semi-finals and a final on the last night to decide a winner.

“I’m happy with the two points but with my performance I’m not too happy,” Van Gerwen told Sky Sports.

“But to win over Peter Wright with a 92 average, I can’t really complain, it’s always nice to beat him.

“I’m OK, I’m not over the moon because I’ve not played really well but at least I doubled up on my point from yesterday.”

Pointing in turn to his pockets, the 31-year-old – who drew with debutant Dimitri Van den Bergh on the opening night – added: “Listen, two points here; Peter Wright there.”

Watch full coverage of every night of the Premier League on Sky Sports, and stick with us through the year as we bring you the latest darts news on skysports.com/darts, our app for mobile devices and our Twitter account @skysportsdarts

The heroic stories of the forgotten victims of the Titanic

Vince Gill Talks About Late Songwriter Guy Clark in Without Getting Killed or Caught: 'Every Word Mattered'