The mother-in-law/daughter-in-law relationship can be tricky. MILs are known for overstepping, especially when the grandkids are concerned, and sometimes DILs can be a little over-sensitive when their MIL offers advice. Maybe we’re biased, but when it comes to the health of a child, we’ll take the mom’s side every time. 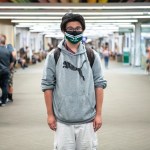 One Reddit mom took to the Am I The A**hole subreddit because she wasn’t sure which side of the line her current situation falls on.

“My 7-year-old son just developed an allergic reaction yesterday after dinner because his cousin accidentally fed him some peanuts, which is something he is highly allergic to,” wrote Mymilisinsane765554. “He developed red rashes all over his body, and he told us he felt itchy.”

Because she seems to be a reasonable and attentive mother, she decided a trip to the ER was a good idea. As one does when their child is exposed to a deadly allergen, right?

“I decided to make the move to drive him to the nearest hospital, and it was at that moment I was stopped by my mother-in-law,” Mymilisinsane765554 continued. “She told me that in the midst of this pandemic, it is unnecessary to pay a visit to the doctor and that it’s putting us at risk of getting the COVID-19 virus. She said he can have some over-the-counter medication, sleep it off and it’ll be fine tomorrow. She backed her statement up with how it has happened before, (at that time we were unaware of his peanut allergy), he slept it off and he was fine the next day.”

She wasn’t impressed with her MIL’s (terrifying) opinion, so she grabbed up her kid and booked it to the ER anyway.

“At the hospital, my husband started sending me a chain of messages asking me why I humiliated his mother by not listening to her, that she sounded logical, and I was just being overly paranoid over an allergic reaction,” wrote OP. “Apparently, my mother-in-law is now victimizing herself, calling her sisters, crying and complaining about how I went against her wishes. My husband who was working night shift even ended his work earlier just to go back home to appease his mother for my supposed defiance. He didn’t even ask about our child, or drop by at the hospital despite knowing we were there.”

After the ER doctor said the reaction was mild, Mymilisinsane765554 began second-guessing herself and wondered if she should’ve just stuck it out at home, but we think it sounds like there might be more than one AH here — and she was definitely not one of them. Reddit commenters were quick to agree.

“An anecdote: One year as a kid, I was stung by a ‘cow ant’ (type of ground wasp) on the bottom of my foot. Foot swelled up, hurt, I got better. Second year, stung again on my foot by same type of wasp. Leg swelled to my knee, hurt like hell, I got better,” wrote commenter DelightfulAbsurdity. “Third time it, again, stung on bottom of my foot, my leg very quickly swelled up to my ass, and my mom took me to urgent care. I was told next time to go directly to the hospital… The point: Allergies can accelerate even with minimal exposure to the allergen, in a scary way. Your MIL knowing this has happened before without telling you makes me very concerned for the NEXT time it will happen, as she’s not concerned about the child’s reaction, but her own saving of face.”

“NTA you’re not a doctor, she’s not a doctor. You took him to a doctor. Jesus. You had no way to know how severe that reaction would be and you played it safe, probably because you love your kid and would prefer to not have a funeral for him,” wrote TriZARAtops. “Your MIL is insane and a narcissist, your husband supports and enables her toxic behavior, even to the detriment of the health of your child. I wonder, would she still find a way to make herself the victim if he had died after you took her advice?”

Commenter Johnny-Pasadena summed it all up nicely, “She’s a narcissist and won’t change. The one I’m concerned about for you is your husband, who puts appeasing his self-involved, self-important mother above the health of your child.”

When it comes to the health of our kids, especially if there’s a literal risk of death, mother-in-law opinions definitely take a back seat to keeping our kids from possibly dying. And this husband? Someone needs to call the “Whole Man Disposal Service” to come and pick him up.

Before you go, check out our gallery on Cute & Stylish Kids Face Masks.