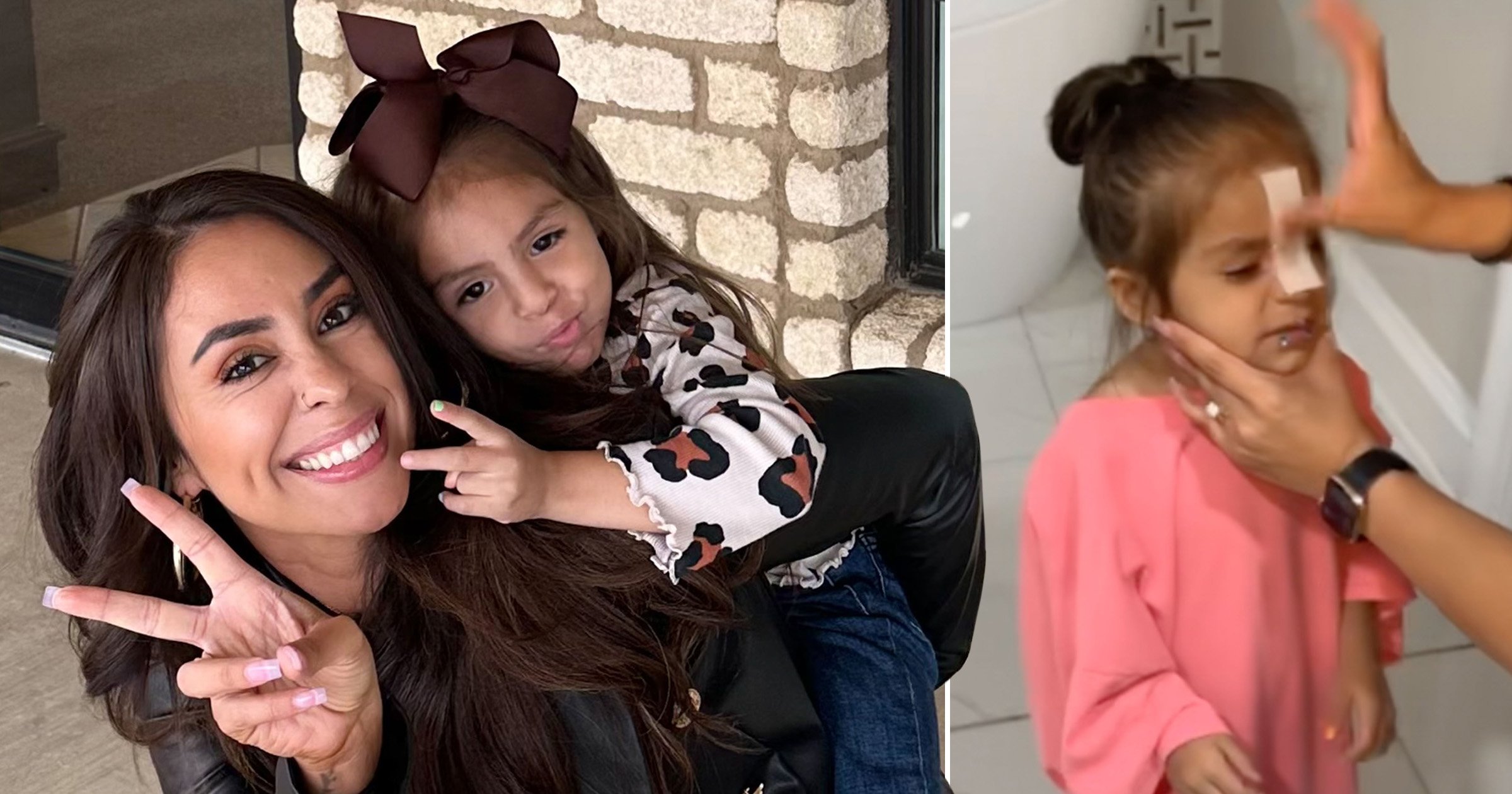 Leah Garcia, 31, has hit back at accusations that she’s a bad mum for choosing to wax her three-year-old daughter’s eyebrows.

The mother says she doesn’t want her child to face bullying for having a unibrow.

So Leah, who faced ridicule for her own monobrow as a child, waxes the brows of both her 11-year-old daughter Behautti, 11, and Bliss, three, every week.

‘Bliss was just over two when I started waxing her,’ she said. ‘Bliss and her sister Behautti have eight years between them, and Bliss would always see me wax her older sister’s eyebrows so asked me if she could have it done too.

‘She asked two or three times before I finally gave in, but she never said I have a unibrow, she just showed an interest in it.

‘We have a waxing day each week as I have to wax once a week, so when I do it, I ask if anyone wants their eyebrows waxing, and if they say no, I don’t do it.

‘People say she has no idea she even has a unibrow at the moment, but I wanted to wax it because the sooner you start with waxing, the less it grows back.

‘With Behautti – who’s 11 – she hardly has a unibrow now because we’ve been waxing it for so long. I don’t mess with any other part of their eyebrows.’

When Leah shared the girls’ grooming routine online, she faced backlash from people who accused the mum of fuelling her children’s insecurities.

But she believes it’s just a practical way to protect her daughters from judgment.

‘It doesn’t hurt Bliss any more than pulling off a plaster, it’s just basic grooming,’ she added.

‘Unless you’ve struggled with it yourself you don’t know.

‘People say I’m projecting my own insecurities onto her, and that I should teach her not to care what people think, but at the end of the day she’s human, and as much as we want to say what people say doesn’t bother you, it does.

‘I’ve never seen an adult walking around with a unibrow because they love it so much. When people say “why are you doing that?”, I say “well I guarantee you don’t enjoy having a unibrow”.

‘If they grow up and want thick eyebrows again, it’s easy to come back from, but being bullied is something you don’t come back from and I’m preventing it from happening in the first place.

‘It is a hard thing to come back from and I’m just preventing that trauma, like any parent would want to do.

‘I’m not training her to be insecure, I just want my daughter to feel good. I’ve never met anyone whose unibrow gives them confidence.

Leah wants to encourage other mums to wax their children’s brows if that’s what they feel is best.

‘I don’t know any mums who wax their daughters’ eyebrows, so I wondered if I’d get a lot of negativity, but I know I’m not the only one with a hairy child,’ she explained.

‘I want other mums to know that whatever you feel is best, you should just do it, and what you know will protect your child.

‘I teach my girls to be unapologetically themselves and I know them better than anyone else in this world.

‘I got so many comments from other mums thanking me and saying they have wanted to do this as well but were worried what others would think.

‘Others say they do this but have done it in secret as they were worried about what people would say.

‘A viral influencer used my TikTok video and called me a bad parent and was really negative, but to me this is just basic grooming if you are hairy, and people who aren’t just don’t understand.’

Buccaneers superstar wide receiver on Tom Brady: 'He’s already up there as one of my favorite teammates'