Does Nick say yes to George? HL got EXCLUSIVE scoop from ‘Nancy Drew’s Tunji Kasim about Nick’s response to George, Temperance Hudson’s impact, and how Nick might feel about Nancy and Ace.

George proposed to Nick in the season 2 finale of Nancy Drew, and fans will find out Nick’s response in the season 3 opener, which airs October 8. During our EXCLUSIVE chat, Tunji Kasim didn’t rule out wedding planning, but he did admit there will be “consequences” to Nick’s answer.

On top of Nick and George’s relationship, the Drew Crew will be dealing with Temperance Hudson in Horseshoe Bay. Tunji teased Temperance will cause “large wedges” between the crew. As for how Nick would react to a Nancy and Ace romance, Tunji has some thoughts. Read our Q&A below: 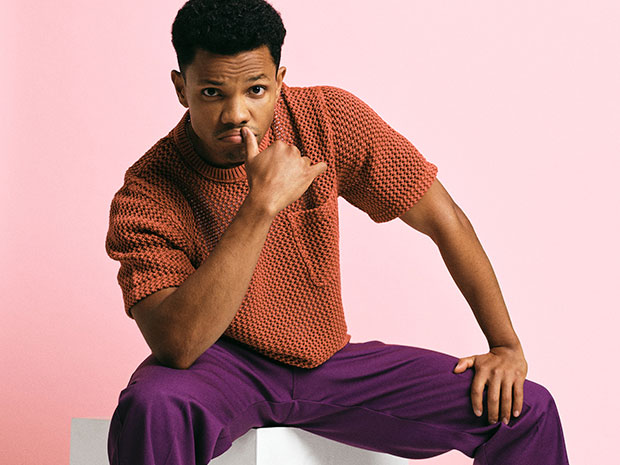 George and Nick’s relationship is already complicated by her shortened lifespan. In season 3, how are they going to be continuing to navigate that reality?
Tunji Kasim: They’re also extremely young to be getting married. The bond between them clearly is extremely strong otherwise Georgia could never ask the question, and Nick would never even be considering it, which he definitely is. With the shortened lifespan, it’s like you’re already quite young, you’re getting married really quite young, you only have 10 years so go, right? Enjoy your life together. I suppose Nick’s in a situation where if it is 10 years for George and that’s all he has with her, then he has almost a whole life to live after she’s gone. It’s a really weird place of grabbing what you can in the moments and enjoying that to the best of your ability, but inevitably there’s a bittersweet and a melancholy aspect to that. That’s extremely emotionally complex for our relationship. I think that’s one of the things Nick has to struggle with in choosing his response to George’s question, and that’s definitely one of the things we’ll be exploring in season 3. What that does for Nick and George — even if he says yes, even if he says no — they still very clearly mean lots to each other, and Nick will always be there for George in some capacity or other. That’s definitely one of the aspects we delve into: what does it mean to a relationship when it has a time limit? 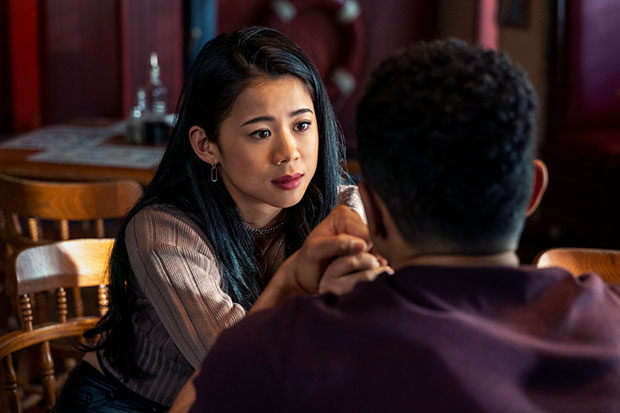 In addition to that, the Drew Crew also has Temperance Hudson, who is back in Horseshoe Bay. What kind of havoc is she going to cause them this season?
Tunji Kasim: Oh, a bunch of havoc. It’s going to be very exciting. I think I can say that she is the villain of season 3, the larger villain of season 3, but she’s also extremely complex. She’s not just an out-and-out villain. She has motivations that are very personal to her that. Hopefully, audiences can kind of empathize with her. She’s not just doing it for the sake of being evil. She has personal stakes in things. She is a trickster, shall we say. You don’t know whether you can trust her. The Drew Crew doesn’t know whether she’s on their side or not. Some Drew Crew members get quite personally attached to her, and some are quite opposed to her presence in Horseshoe Bay. She’s a very divisive character that kind of gets in between our characters. That’s a lot of fun to deal with, a lot of fun to play and Bo [Martynowska], who plays Temperance is also fantastic. She’s a great addition to the cast.

Could she really get in between the Drew Crew and possibly tear them apart?
Tunji Kasim: She’ll definitely get in there, and there will be many large wedges in between relationships. Relationships will definitely be tested in season 3 in large part because of Temperance. That’s a lot of fun to get a play with when you become a very tight-knit group. We’ve explored it in season 1 and season 2 that there are definitely cracks. The fantastic thing Nancy Drew does is, of course, you have all the supernatural stuff but you also have quite complex emotional relationships between the characters. We’re not afraid to explore those. Temperance definitely has the ability to expose those cracks and kind of poke and peel away at the vulnerabilities and the insecurities between people. We’ll definitely be delving into that and see the effect that it has on the relationships.

Nick and Nancy started off the series together, but there’s been a lingering slow burn with Nancy and Ace. How do you think Nick would feel about a romantic relationship between them?
Tunji Kasim: I think it’d be very interesting to see how Nick reacts. I think what we’ve done so far is a fantastic thing between say, Nancy and George, with Nick being romantically involved with both. I think those characters and the writers have really taken it in a direction that’s quite mature, especially considering their ages, and that’s really refreshing to see, especially between female characters. There’s not this kind of catty competitiveness between them. They’re both mature enough to kind of give each other space. Romance is complicated, and they’re allowing space for that to happen. If Nancy and Ace get together, I would hope Nick would be mature enough to be like, I’m fine with that. I think what Nick and Nancy had was very special and important, but it was hard for him to let that go. I think he made the more mature and the right choice for him at the time to let that go, but I think it was special for Nick. Inevitably, there’s going to be debris from that kind of still lingering and hanging around. Hopefully, Nick will be plenty mature at what’s happened, but maybe there’s stuff to be explored. What if he doesn’t? What if he’s pissed? What does that bring up should and if that happened?

Regardless, it’s still human to have a reaction. If it does go there, I’m so curious as to how Nick will react…
Tunji Kasim: Nick is not a Buddhist monk. He definitely has feelings that are under the surface. 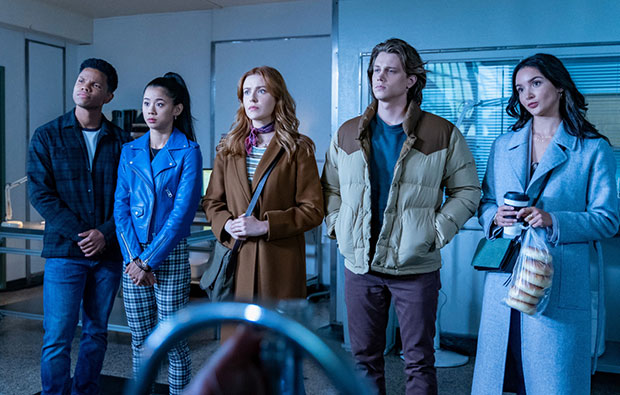 Over the past 2 seasons, we’ve learned so much about Nick, especially his perspective being a Black man in a small community. What can you say about how the show will continue to explore Nick’s identity going forward?
Tunji Kasim: As any minority group, it’s an ongoing day-to-day experience living in and amongst a majority and feeling like, how do you fit in? Sometimes I suppose every person just wants to blend in. Every person doesn’t want to have to think about one aspect of their identity all the time and have that at the forefront. Hopefully, they can get to a place where he is doing that most of the time. Inevitably, there will be times where he’s reminded about his ethnicity. I think we did fantastically in season 2. There were some really poignant storylines, but they felt very organic. They didn’t feel forced upon or weirdly out of place within the world. I think the writers did a fantastic job with that, so I’m sure there’ll be opportunities coming going forward where there will be chances to explore his identity as far as his ethnicity goes, most definitely in Maine. But also I think for Nick, in particular, his past in Florida and his past self and present self are very much what we’re leaning into in season 3. How do those two kind of reconcile with each other? So that’s a big cultural and a very personal journey for Nick, as to how his past self and Miami Gardens kind of fits into this world in Maine and how we can make those two fit together. In season 3, I think we’ll be looking at maybe not so much his kind of ethnic position in Maine, but more his own personal story coming from out of town and finding himself in the middle of Northeast America.

Parents spend more than £2,000 a year on ‘making memories’ for their kids

Comet Neowise can be seen with the naked eye throughout July