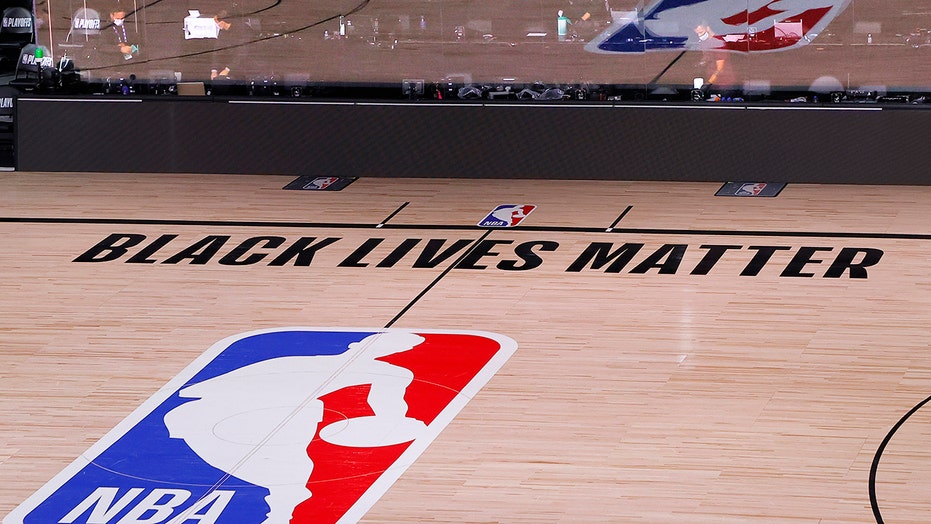 The NBA was one of the leagues to take on social justice issues when they restarted in the Disney World bubble in July after a monthslong hiatus due to the coronavirus pandemic.

In the wake of police-involved deaths of Black Americans and the unrest that followed, the NBA announced it would put "Black Lives Matter" on the courts in Orlando, Fla., and allow players to wear a league-approved social-justice message on the back of their jerseys during the seeding games.

ESPN NBA insider Adrian Wojnarowski said Wednesday on his podcast that not all NBA owners were on board with putting Black Lives Matter on the court. Commissioner Adam Silver reportedly told the owners that the phrase of support was going on the courts no matter how much they complained.

“Not every owner in the NBA was enthusiastic about having ‘Black Lives Matter’ on the court,” Wojnarowski said.

“I know they all weren’t. Some are extremely supportive. Some less so. None of them publicly so (to criticize). But I do know Adam Silver told them, ‘Hey guys, this is what we’re going to do to support our players. Our league is overwhelmingly comprised of African American players. This is important. This is a partnership. We need to work together to get through this season and into next year.’

“I will be curious on how the relationship and partnership goes forward. So far, what has allowed this thing to work, especially the Players Association and the league, more than any of the other (sports leagues), they have been able to really come together on stuff. I do wonder if there will be some splintering off among ownership if this season unravels.”

It wasn’t made clear which owners didn’t support the initiative.