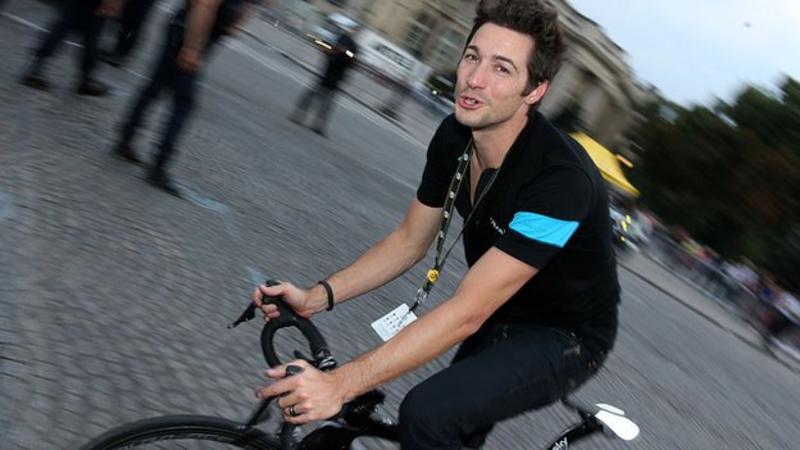 Team Ineos sporting director Nicolas Portal has died at the age of 40.

A statement from Team Ineos said the Frenchman died at home in Andorra on Tuesday afternoon.

He rode for Team Sky and stayed on as a manager before taking over as directeur sportif following Sean Yates’ retirement in 2012.

A statement from Team Ineos, previously known as Team Sky, said: “It is with the greatest sadness that we announce the passing of our much loved team-mate, colleague and friend Nico Portal, who died suddenly this afternoon at his home in Andorra.

“We are all overcome with grief at this terrible news and would ask everyone to respect the family’s privacy at this difficult time.

“RIP Nico – your spirit will always be with us on the road and you will forever be in our hearts.”

Froome was among many to pay tribute.

“My thoughts are with Nico’s wife and children tonight. He was the kindest, happiest guy I knew and always lived life to the fullest. Rest In Peace Nico,” he wrote on Twitter.

Portal competed in the Tour de France six times as a rider and retired in 2010 after diagnosis of an irregular heartbeat.

He was part of the Sky set-up which helped Bradley Wiggins become the first British rider to win the Tour in 2012 and had a growing influence as Froome (2013, 2015, 2016 and 2017) and Geraint Thomas (2018) won the biggest prize in cycling before Colombian Egan Bernal took the honours for Team Ineos last year.

The role of a directeur sportif – sporting director in English – can be seen as similar to that of a head coach in football.

During races directeurs sportif follow the peloton in a car, communicating with riders about tactics and passing on any required information, as well as liaising with organisers.

“Can’t quite get my head around it, it’s too sad. Nico was so talented, warm, genuine and always there when I needed him,” Thomas wrote on Twitter. “He was more than my colleague, he was my friend.

“My thoughts are with his wife and children, who he put above everything else. I’ll always remember him dancing with his little girl in Paris in to the early hours. He was too young to be taken away from them. Nico, I’ll miss you mate, you were one of the good ones.”

Who was KT Oslin and how did she die?