Home » Lifestyle » Number 1: The JP McManus Cheltenham Festival great that brought a certain O'Brien to the fore in the Champion Hurdle

WITH the Cheltenham Festival now 1 day away, the Sun Racing team will be bringing you their 'Festival 50' every day between now and 10 March.

We will salute the Prestbury Park heroes that made us fall in love with the Festival, all the way until the 'Cheltenham roar' signals that the wait is finally over. 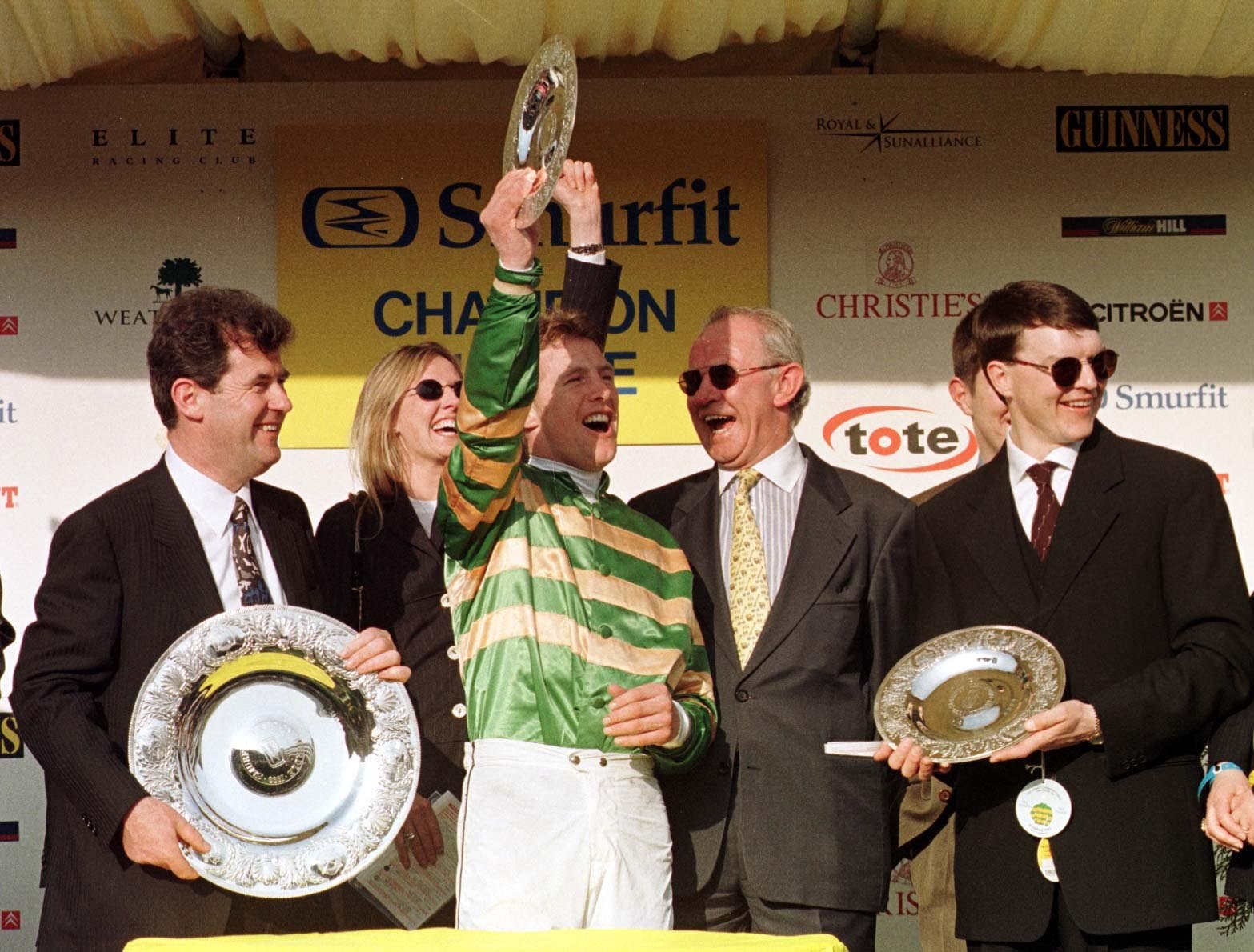 And so here we are, numero uno.

It was never going to be easy, but top of the charts is the legendary Istabraq.

Three Champion Hurdles in a row. The making of a certain Aidan O'Brien. And story after story from powerhouse JP McManus. He had everything.

It was a poignant start. John Durkan had agreed to lend the horse to O'Brien while he recovered from a long-term illness.

But he'd die before Istabraq's Festival story really got going. However, it's safe to say O'Brien and the team did him proud.

Jockey Charlie Swan would say, "that's for you John", after the first Champion Hurdle in 1998.

That 1998 win was a procession and one of the most dominant performances you'll ever witness in a championship race.

As Istabraq turned in, he was in a league of his own. A monster and his tenth win in a row.

The following season he'd brush all out of his way yet again.

He headed to Prestbury Park with four wins under his belt and as the 3-1 favourite cruised home a 4 length winner from stablemate Theatreworld.

People questioned the form but Istabraq could not have been anymore impressive and with a Sun Alliance winner in the mix what more could you do.

He was a journalists dream, as well as a punters dream. JP was besotted by the horse and a baby-faced O'Brien continued to grow in character.

There were stories of wild parties, celebrity visitors and huge bets placed on Istabraq. All very believable when you considered who was involved.

After winning his first races at the Festival, the scene was set for a shot at four and a hat-trick of Champion Hurdle wins.

Despite a loss to Limestone Lad in the build-up, confidence was still high.

At 8-15 no one could see him not creating history. And Swan, as usual, kept things simple. The horse always did the talking. Nothing could touch him, he was electric.

Foot and mouth would rob us of a shot at four and the following season he was retired after a no show in his favourite race.

But it was job done by then and a well deserved holiday at JP's famous Martinstown.

They do not, and they will not come any better than Istabraq.