THE miracle the world’s bravest – or dumbest – punter was hoping for never looked like happening, as Phil Mickelson waved a sad farewell to the US Open.

A Las Vegas gambler slapped down £35,000 on Mickelson at odds of 75-1 before the start of the tournament, hoping to scoop a £2.6million jackpot. 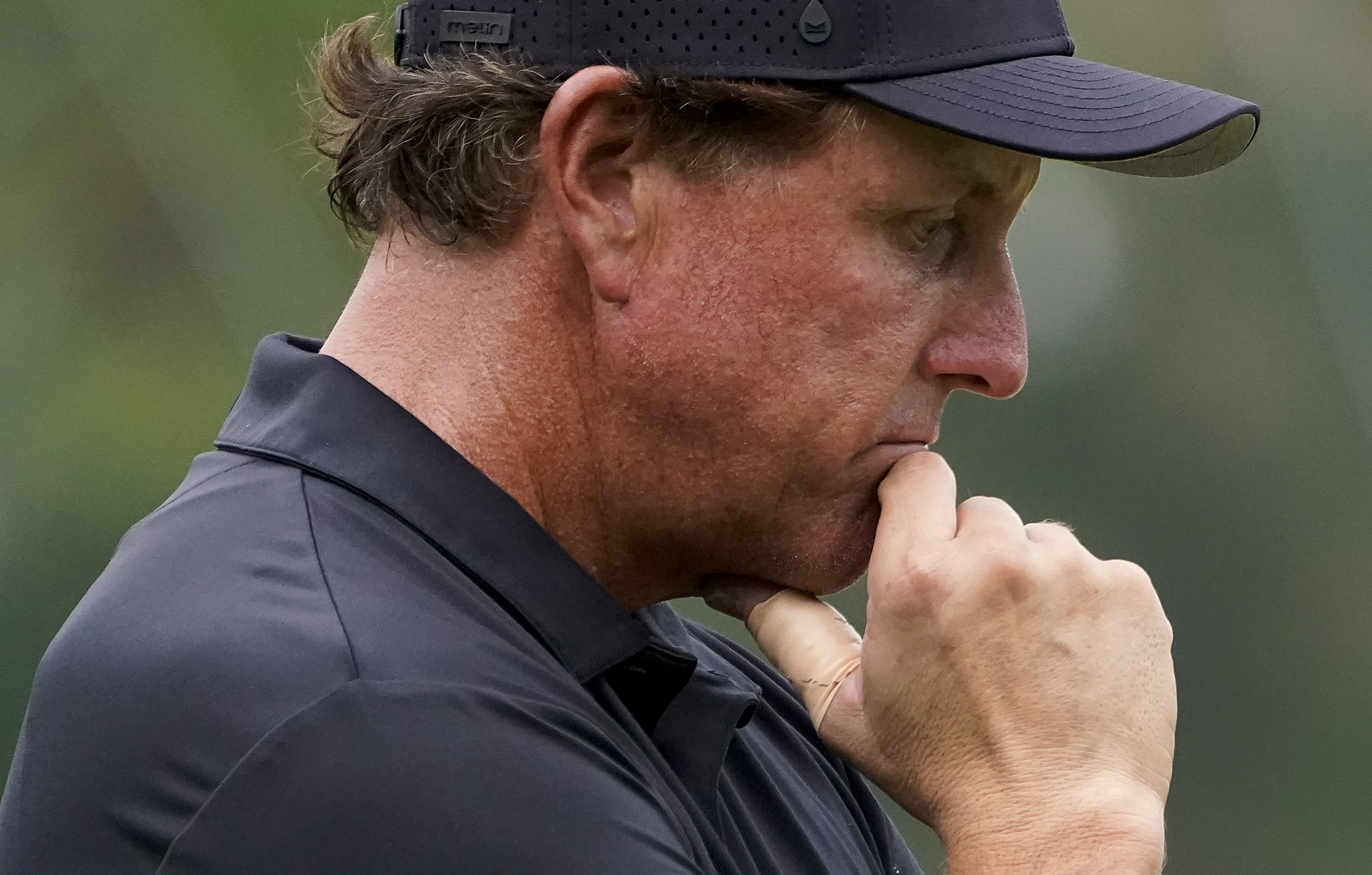 That looked wildly optimistic considering Mickelson is now eligible for the over-50s Champions Tour – where he recorded his only victory this year – and he squandered a host of winning chances in this event when he was in his heyday.

His backer must have been getting excited after the five time Major champion started the tournament with birdies at the first two holes. But it was all downhill from there.

Mickelson, 50, collapsed to a first round 79 as he hit only two fairways, and threw in nine bogeys and a double.

It would have taken the greatest comeback of all time – and a torrent of birdies – for Lefty to have won after that.

But the punter was soon tearing up his betting slip as Mickelson could only manage a four over three par 74 in the second round, to finish on a sorry-looking 13 over.

And it seems even more certain that the Major he needs to become only the sixth player to complete the Grand Slam will remain out of reach.

Mickelson’s frustration was picked up by the TV cameras, as he yelled “I’m so sick of this”, after sending yet another tee shot hurtling miles wide of the short stuff.

He left Winged Foot knowing he should have been a US Open champ long before this.He has been a runner-up six times, and his cruellest defeat came at this course in 2006.

Mickelson needed a par at the 72nd hole for victory, or a bogey to take Geoff Ogilvy to a play-off – but a trademark wild drive led to double bogey six. He will surely never have a better chance than that.