Suzy, the missed opportunity: A gripping new documentary reveals how compelling evidence against the prime suspect in estate agent Suzy Lamplugh’s disappearance has been ignored

Suzy Lamplugh would be 60 this year. It’s hard to get your head around that, because in everyone’s mind the young estate agent is exactly that: young. She was 25 when she disappeared in July 1986.

We still don’t know what happened to her, although the bare facts are etched on the national psyche.

She left her office in Fulham, supposedly to show a client – the mysterious Mr Kipper – around a property. She has never been seen again, and the crime (Suzy was officially declared dead in 1994, presumed murdered) remains unsolved. 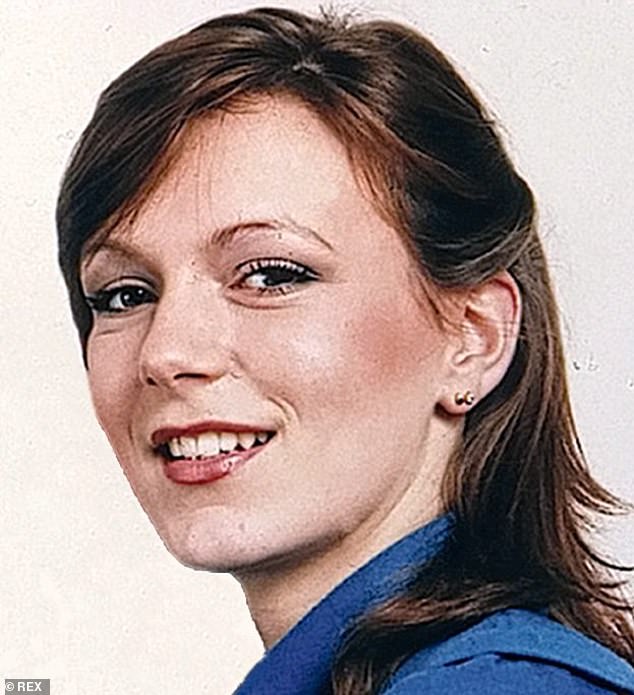 One of the affecting things about The Mystery Of Suzy Lamplugh, a new documentary on Sky that pieces together the story of her disappearance, is seeing footage of the time – her family at heart-rending press conferences, the busy police incident room – juxtaposed with up-to-date interviews.

Those who are still with us (Suzy’s parents are not) have had the luxury of growing older.

Suzy’s sisters, Lizzie and Tamsin, have never been ones for the limelight, but her brother Richard is in the two-part series, revealing the last images ever taken of him with all his sisters.

‘We’ve never been able to grieve,’ he says, in the gentle and dignified manner that has characterised his family’s response.

His mother Diana, who died in 2011, devoted the latter part of her life to campaigning for lessons to be learned. The Suzy Lamplugh Trust, which offers advice about personal safety, is still going.

But in the early days, Diana tried to be involved in the search, taking to the streets where she was last seen, even carrying cash (to elicit information) and a gun. It was, says Richard, ‘a rusty old thing’ that had belonged to his grandfather. ‘I don’t think we even had bullets.’ 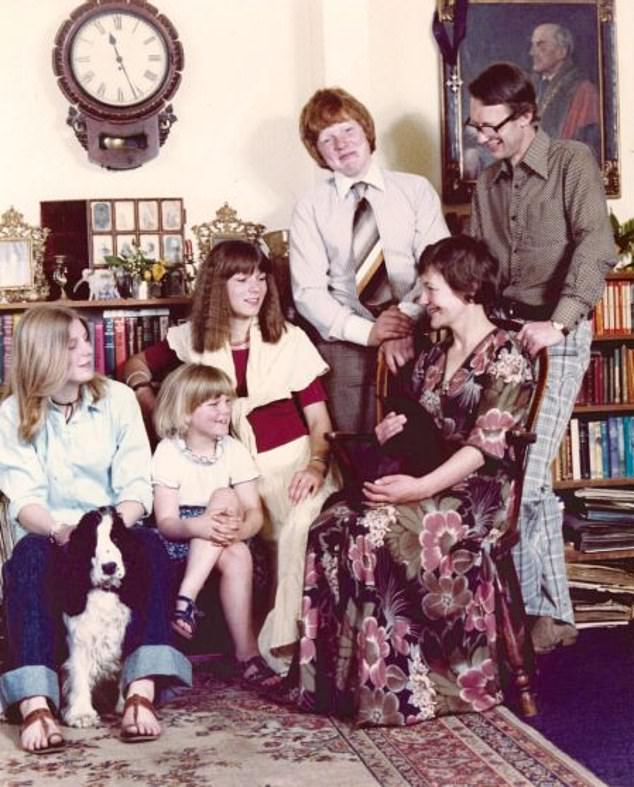 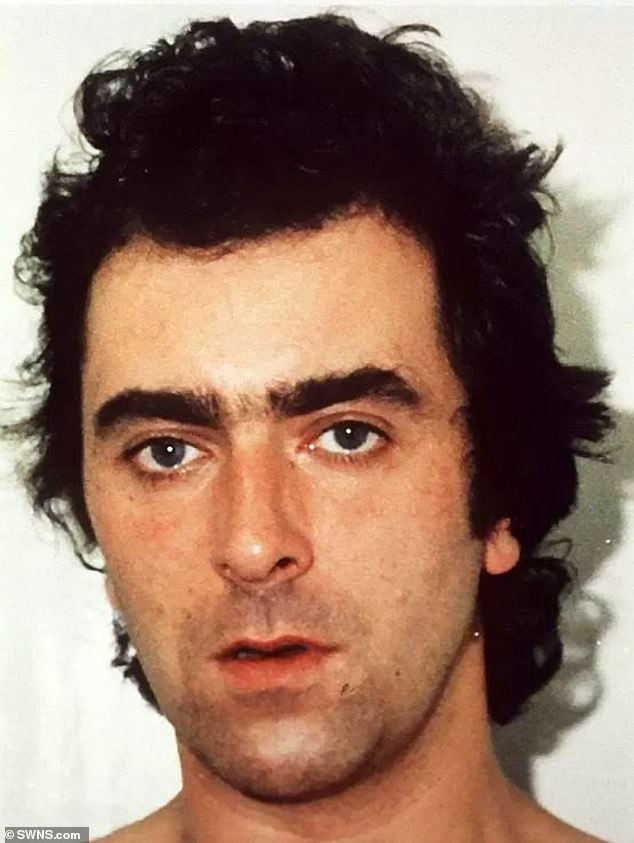 Serial sex offender John Cannan (pictured) who was released from prison just days before Suzy disappeared, was publicly linked to her case

To a younger audience, the story of Suzy Lamplugh may seem hard to understand. ‘I don’t think it’d happen today,’ says Jim Dickie, the former detective superintendent who led the reinvestigation from 2000 and is still emotionally invested.

‘A young woman like Suzy couldn’t disappear without a trace. In this age of CCTV and mobile phones there would be a footprint.

‘The initial investigation was all paper-based, so quite a lot of stuff was missed or not actioned – they were inundated with information and had no way of managing it properly. Later I had everything transferred to the HOLMES system [technology used for police investigations].’

The documentary does a sterling job of revisiting that early investigation. There are also very up-to-date strands, and an intriguing contribution by a new potential witness, identified only as ‘Ann’ whose face isn’t shown.

In the series, Jim shares his account of how, less than two years ago, Ann approached him after hearing him talk about Suzy in the media.

She claimed that a friend, who had since died, had repeatedly approached police to tell them he’d seen a man struggling with a large piece of luggage along the towpath of the Grand Union Canal a few days after Suzy disappeared.

It was 5am and struck him as most odd. Later, when serial sex offender John Cannan was charged with another murder – and publicly linked to Suzy’s case – this man identified him as Cannan.

‘He went to Brentford police station three times, but for whatever reason his information was not passed on. But his account is very detailed and credible. 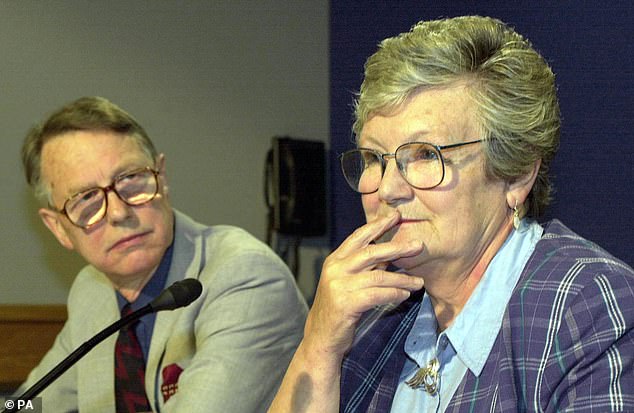 Suzy was officially declared dead in 1994, Richard Lamplugh has said the family wants to bury her at a time and place of their choosing. Pictured: Suzy’s parents at Scotland Yard

‘He not only told his wife and two friends when Cannan was on trial, he went to the court to make sure Cannan was the man he’d seen.’

Jim immediately passed this information onto the relevant authorities, but he’s dismayed that still no search of that section of canal has been done.

‘I don’t think it’s been sufficiently developed and I think there is an opportunity there. The police say the canal is dredged regularly.

‘Well, I’ve made my own enquiries. The people who maintain it don’t dredge the whole canal. They only do what they call spot dredging, certain bits. And it’s generally around the locks, not the section of interest.’

WE HAVE A DUTY TO THE FAMILY 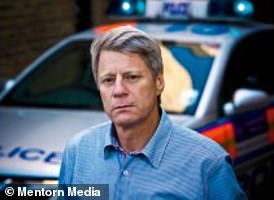 The issue of how much police time should be spent on a ‘cold case’ like Suzy’s is tricky.

Former Crimewatch presenter Nick Ross, who talks in the new documentary of why the case touched a nerve, has questioned whether police should continue to investigate cases like this, saying it has a ‘ghoulish’ fascination in part because she was ‘female, pretty and middle class’.

Former detective Jim Dickie disagrees. ‘I haven’t got a lot of time for him,’ he says. ‘Of course they should. I think we have a duty – to the family, to the public – to bring this to a conclusion.’

In 2014 the canal was searched for murdered teenager Alice Gross, and this has also been mooted as a reason.

‘But again this is further up,’ says Jim. If he were heading the investigation now, would he order a search? ‘I would move heaven and earth to see if there is a body in luggage there.’

The importance of a body in any murder investigation cannot be over-emphasised. Convictions are possible without one, but they’re much more difficult. Laying a body to rest is also vital, Jim points out.

‘As a homicide investigator, you seek to bring a case to a successful conclusion, and mostly I’ve been able to do that. I’ve been able to tell families what happened to their loved one, and they’ve seen justice.

‘The Lamplugh family deserve closure. As Richard Lamplugh says very eloquently, they want to bury Suzy at a time and place of their choosing. That’s very important.’

Then there is the justice. Focus in the latter part of the documentary is on Cannan, who is still the prime suspect. The police have long believed Cannan – released from prison just days before Suzy went missing after an eight-year sentence for rape – should have been implicated earlier.

His name was on one of those pieces of paper in the early investigation, but it was only when he was arrested for another murder that links to Suzy were made.

The evidence against him was, police thought, convincing. As Jim recalls, ‘I remember Bill Griffiths [Deputy Assistant Commissioner at the time] at a news conference actually said John Cannan is the only strong suspect.

‘That’s unprecedented. I don’t know of any other case without a prosecution and conviction where a very senior police officer has said that in a press conference.’

But the CPS decided not to prosecute, based on insufficient evidence. Cannan has repeatedly denied involvement, but his eligibility to apply for parole next year should sound alarm bells, insists Jim. 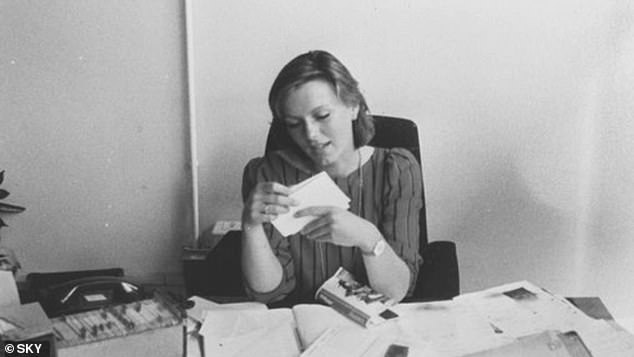 Professor Jane Monckton Smith who was a police offer at the time of Suzy’s (pictured) disappearance, says a middle-aged macho investigator doesn’t know much about what goes in the heads of young women

He should never be released. I think he will remain a danger to females to the day he dies. There’s a pattern of repeat offending. How many more chances do you want to give him?’

There are other interesting nuggets in the series. Questions are asked about whether the social attitudes at the time – sexist attitudes, pretty much – got in the way. There was emphasis in the media, says Jim, on Suzy’s personal life.

It’s widely accepted that Mr Kipper did not exist, but various theories emerged about whether Suzy was involved with a lover.

‘She was an attractive, vivacious, professional young woman. And, yes, she had boyfriends, but what’s so wrong with that?’

Professor Jane Monckton Smith has an interesting take. Now a criminologist, she was a police officer at the time and recalls that era.

‘In 1986 the police was absolutely dominated by men and you can’t tell me that a middle-aged macho investigator knows much about what goes on in the heads of young women.

‘That’s important. The victimology is important. Why did she get into a car with someone, which is probably what she did? Why did she leave her car where it was, with her purse inside?’ Ultimately, she says, ‘the system failed’.

Is it too late for closure for the Lamplughs? Richard says the entire family is haunted by ‘what ifs’. ‘What if Suze was still alive? Would she have kids? Who would she be?’