Prince Louis, two, has stolen the show on more than one occasion when appearing beside his older siblings Prince George, seven, and Princess Charlotte, five. From the cheeky second birthday snaps that showed him covered in finger paint, to the adorable way he trotted off during a meeting with Sir David Attenborough, a body language expert has claimed Louis is the one out of Kate, Duchess of Cambridge and Prince William’s children “least likely to cause a fuss.”

Analysing photos of Prince Louis taken over the past year, a body language expert claimed the youngest Cambridge child has a special bond with his mother and feels “super-protected” by his siblings.

From their recent red carpet outing to the Palladium Theatre to sweet family photos Louis is both “happy and confident”.

Body language expert and author Judi James told Express.co.uk: “Louis was a very happy-looking baby and he seems to be a very happy, confident child.”

According to Judi, Louis is in some ways defined by his position as the youngest Cambridge child. 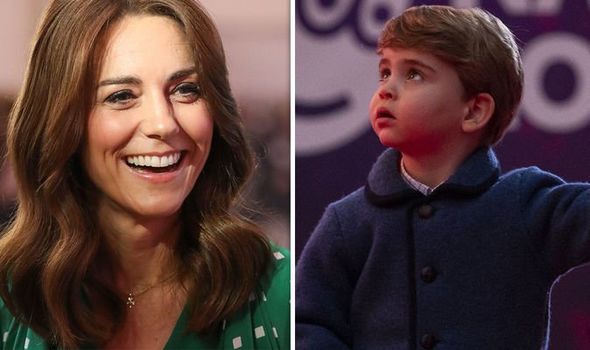 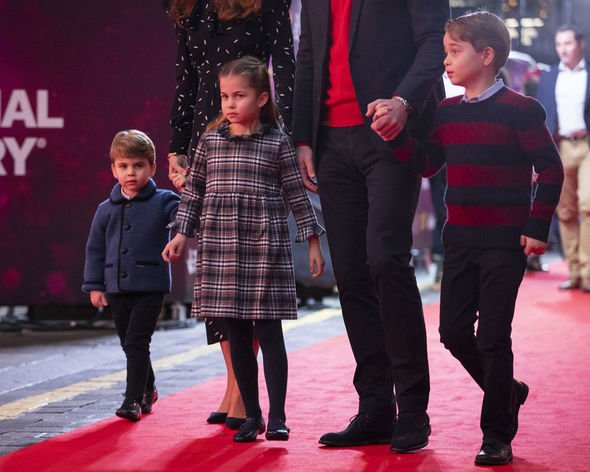 However, unlike some youngest children, Louis is low-maintenance and laidback.

Judi said: “As the youngest of three he will feel that he has four full-time minders in his parents and his siblings and, with the closeness of lock-down he should feel super-protected in this family dynamic.”

Judi claimed Louis’s ability to make his family and especially his mum Kate laugh is fundamental to their deep bond.

The expert said: “He clearly makes the others laugh, especially Kate, who has always seemed closely bonded with her youngest son.” 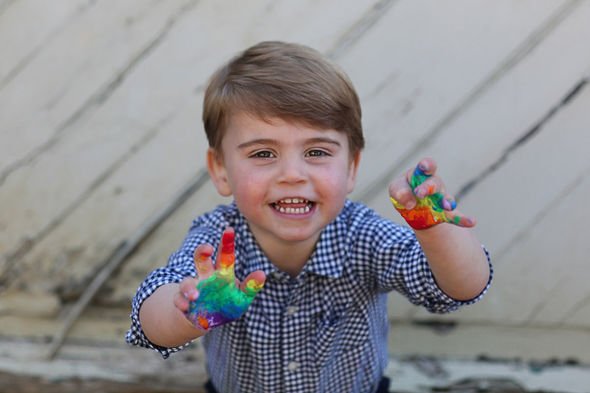 Louis is far from needy and seems happy to do his own thing, according to Judi.

The expert said: “Despite being the smallest child there are clues in Kate and William’s body language that he might not just be confident but also the least likely to cause a fuss.

“They don’t appear to need to keep checking Louis as long as he is close to the group.”

Referring to a photo of Louis with his parents and siblings as they met David Attenborough in autumn, Judi noted the young Cambridge’s independent spirit.

She said: “When they all met Attenborough we can see how George and even Charlotte kept close to their mum and dad while Louis was happy to wander off at a small distance, looking distracted by everything that was going on.”

Where will Kate, William and their children spend Christmas?

During term time the Cambridges are based in London at their Kensington Palace apartment. 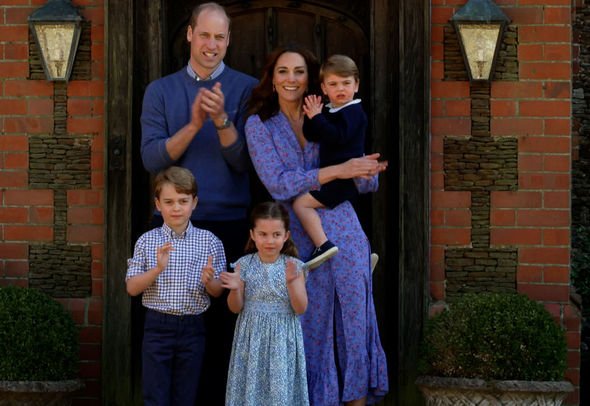 But the family escaped the capital ahead of Tier 4 restrictions coming into place on Sunday.

They travelled to Norfolk to their country home Anmer Hall which is where they are expected to spend Christmas.

On Sunday the family stepped out to explore a light trail that has been put on in the grounds of Sandringham for the public.