Players on FC Dallas — an MLS team — showed off their skills on Instagram.

While Seattle Sounders star Miguel Ibarra had some trouble with the defense.

FC Bayern's Jerome Boateng caught the roll on his back.

As did the Sky Blue and Canadian Women's National Team goalkeeper Kailen Sheridan.

Her national team teammates, including Houston Dash forward Nichelle Prince, also got in on the action.

Retired national teamer and Olympic bronze medalist Melissa Tancredi showed that she's still got some gas in the tank.

Merci @elodie_poix Let’s get the past, present and future nominations going here. Past: one of the best jugglers I know @rhianw7 (omg I can’t wait) Present: @kailensheridan I know your feet don’t lie either Future: now is your chance to shine @luca_aiello_13 #stayathomechallenge #thatsweatpantlife #lookgoodfeelgood #thiscountsasmyworkoutoftheday

And another former Canadian star, Rhian Wilkinson, got her whole family in on the action.

Instead of juggling, Chelsea left back and Spanish national team star Marcos Alonso used his toilet paper roll for some target practice.

And his teammate, Mason Mount, shot a laser into his wastepaper basket.

Former Australian national teamer Tim Cahill took on the challenge in flip flops, and finished with a high note.

While Orlando City SC and Portuguese National Team star Nani got his son involved for his version of the challenge.

And Man City's Phil Foden caught the roll on his shoulder.

Some coaches even got involved — including Atlanta United head coach Frank de Boer.

16-year-old Liverpool winger Harvey Elliott got fancy with his footwork.

Sevilla FC midfielder Óliver impressed by completing the challenge with a blindfold on.

And, finally, unbeaten middleweight boxer Caoimhin Agyarko got some rounds in against — you guessed it — a roll of toilet paper.

Now check out when your favorite sports leagues and events are slated to return: 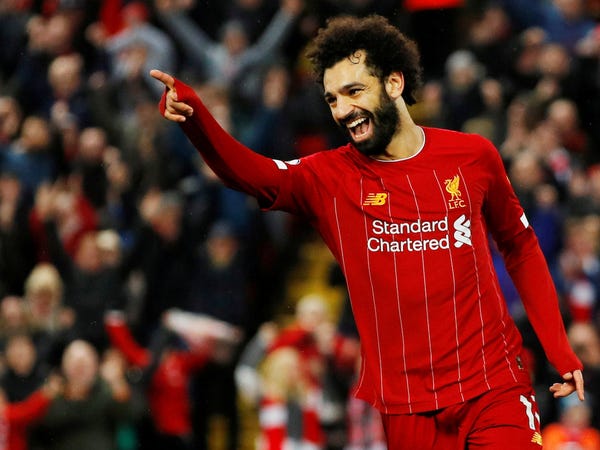 "Animal Crossing" Is Saving My Marriage