Prince Harry and Meghan Markle’s exit from the royal family will become official on March 31. But before the Duke and Duchess of Sussex bid the royal family adieu, they are scheduled for a handful of public appearances in the United Kingdom. Although royal watchers are sad to see them go, Queen Elizabeth allegedly told Harry that he will “always be welcomed back” if he ever has a change of heart. 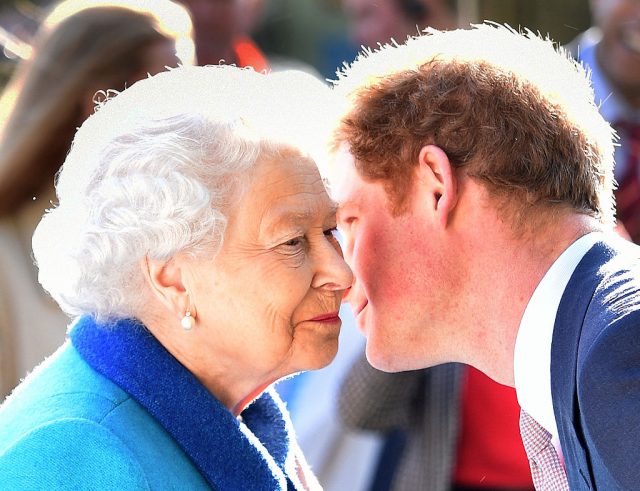 Prince Harry returns to the U.K.

Ever since they announced their departure at the beginning of the year, Harry and Meghan, Duchess of Sussex, have been living in a house on Vancouver Island with their son, Archie Harrison. The Sussexes have kept a very low profile over the past few months, but that is about to change.

Buckingham Palace recently confirmed that Prince Harry andMeghan are scheduled to appear in a handful of public engagements at thebeginning of March. This includes the Commonwealth Day service on March 9,where they will reunite with Prince William and Kate Middleton.

In Scotland today, The Duke of Sussex and Travalyst have hosted a summit to launch their next phase of work, putting communities first, with a mission to create a more sustainable tourism industry. • “We are a coalition of partners with a shared goal to transform the future of tourism and travel for everyone – to give people access to better information and ensure the future development of tourism positively supports the destinations that the industry relies on, and that their communities depend on. We believe travel is a good thing. It is the heart of human experience, of cultural connections and of new friendships.” – The Duke of Sussex Travalyst is working to build a future where people are able to take holidays and trips that have social, environmental and economic benefits to communities and destinations built in. There is an increasing desire for these types of trips – and we want to make them a reality for everyone. At today’s summit in Edinburgh, representatives from across the Scottish tourism sector discussed the need to encourage and incentivise sustainable practices across the supply chain, in a way that meets the needs of consumers who want more clarity on how to choose more sustainable options. Image © PA / SussexRoyal

Harry actually returned to the United Kingdom at the end ofFebruary and has already completed a few of his scheduled appearances. Early inthe week, Harry spoke at a summit in Scotland for his initiative, Travalyst. Helater met with Jon Bon Jovi to record a new track for his Invictus Games.

Prince Harry and Meghan Markle stepped out for the first time in months at the Endeavor Fund Awards on March 5. The pair will then appear together at the Mountbatten Music Festival on March 7, where they will join Prince Charles, Camilla Parker Bowles, and the Cambridges.

While Prince Harry enjoyed lunch with Queen Elizabeth, that was less of a formal meeting and more of a lunch between grandmother and grandson. The two met at Windsor Castle this past Sunday after Her Majesty attended a service at the Church of All Saints.

?? The Duke and Duchess of Cambridge are visiting Ireland on a three day tour. The couple will make stops in County Meath, County Kildare and Galway and are looking forward to meeting a broad range of people from the creative arts, business and charity sectors. The Queen and The Duke of Edinburgh last visited Ireland in 2011, during a state visit. It was the first visit by a reigning British monarch to the area that is now the Republic of Ireland since the 1911 tour, by her grandfather King George V. Head over to @kensingtonroyal to follow the tour!

Prior to the lunch with Harry, Queen Elizabeth was spottedrocking a mint coat and turquoise headpiece when she arrived at the service.

The meeting comes a few weeks after Buckingham Palace confirmed more details about Harry and Meghan’s exit. On orders from Queen Elizabeth, the couple will no longer use their royal titles as they will not be active members of the monarchy.

Harry and Meghan’s decision to leave has created a lot ofheadaches for the royal family. Despite all of the backlash they have received,inside sources claim that Queen Elizabeth had nothing but kind words for Harryduring their lunch.

According to Hello Magazine, the pair met for fourhours and at one point, Her Majesty assured Harry that he is “alwayswelcomed back” if he ever decides to return to his royal duties.

???? • This morning, The Duke of Sussex raced up to Silverstone, home of the British Grand Prix to open the The Silverstone Experience, a brand-new immersive museum that tells the story of the past, present and future of British motor racing. Joined by six-time Formula One World Champion Lewis Hamilton MBE, The Duke of Sussex and Lewis toured @thesilverstoneexperience, where they viewed the various components of the museum, met with volunteers, and chatted with the next generation of engineers and racing drivers. The museum brings the extensive heritage of Silverstone and British motor racing to life, celebrating the circuit and the country’s position at the heart of the global motorsport industry. It showcases the rich history of the sport, highlights amazing stories of many whom have been part of what makes Silverstone so special – which we hope, will inspire future generations to come. Photo © PA

“[It was the] first time the Queen has had the chanceto talk to Harry on his own and really find out what his plans are,”an insider shared. “It was a much more relaxed environment and they were bothable to speak their mind.”

The lunch included some poached salmon and cucumber sandwiches.They also enjoyed some scones and tea as they sat and talked. By the end of themeeting, Queen Elizabeth reportedly told Harry that she would always take himback with “open arms.”

Although Queen Elizabeth would have liked to see Prince Harryand Meghan stay in the royal family, she has experienced this kind of drama inthe past.

As fans will recall, Queen Elizabeth had a bit of a tumultuous relationship with her late sister, Princess Margaret. Like Harry, Margaret struggled with living under her older sibling’s shadow.

“After many months of reflection and internal discussions, we have chosen to make a transition this year in starting to carve out a progressive new role within this institution. We intend to step back as ‘senior’ members of the Royal Family and work to become financially independent, while continuing to fully support Her Majesty The Queen. It is with your encouragement, particularly over the last few years, that we feel prepared to make this adjustment. We now plan to balance our time between the United Kingdom and North America, continuing to honour our duty to The Queen, the Commonwealth, and our patronages. This geographic balance will enable us to raise our son with an appreciation for the royal tradition into which he was born, while also providing our family with the space to focus on the next chapter, including the launch of our new charitable entity. We look forward to sharing the full details of this exciting next step in due course, as we continue to collaborate with Her Majesty The Queen, The Prince of Wales, The Duke of Cambridge and all relevant parties. Until then, please accept our deepest thanks for your continued support.” – The Duke and Duchess of Sussex For more information, please visit sussexroyal.com (link in bio) Image © PA

“She has a particular sensitivity to what Harry has been going through because of her closeness to Margaret and seeing the same dramas and tensions played out two generations ago,” royal experts Robert Lacey revealed to People.

Margaret sadly passed away in the early 2000s. At one point inher life, Margaret was the second in the line succession, though she movedfurther down the line after Prince Charles was born.

There is no telling if Prince Harry and Meghan Markle ever plan on returning to the ranks of the royal family. Their decision to leave will be re-evaluated next year.