A gusty welcome! Queen Maxima and King Willem-Alexander of The Netherlands land in wind-swept Jakarta for a state visit to Indonesia – where they won’t shake hands because of coronavirus

The King and Queen of The Netherlands have arrived in Indonesia for a state visit that hopes to reinforce the cultural link between the two countries.

King Willem-Alexander, 52, and Queen Maxima, 48, landed in Jakarta for a four-day-long state visit of Indonesia that will take them around the East Asian country.

Due to the fears surrounding the Coronavirus, it was announced the Dutch royals would not shake hands, at the exception of of few events, including a reception thrown by President Joko Widodo in Bogor on Tuesday.

This visit has been much-anticipated, because it marks Willem-Alexander’s first trip to Indonesia since he ascended the throne in 2013. 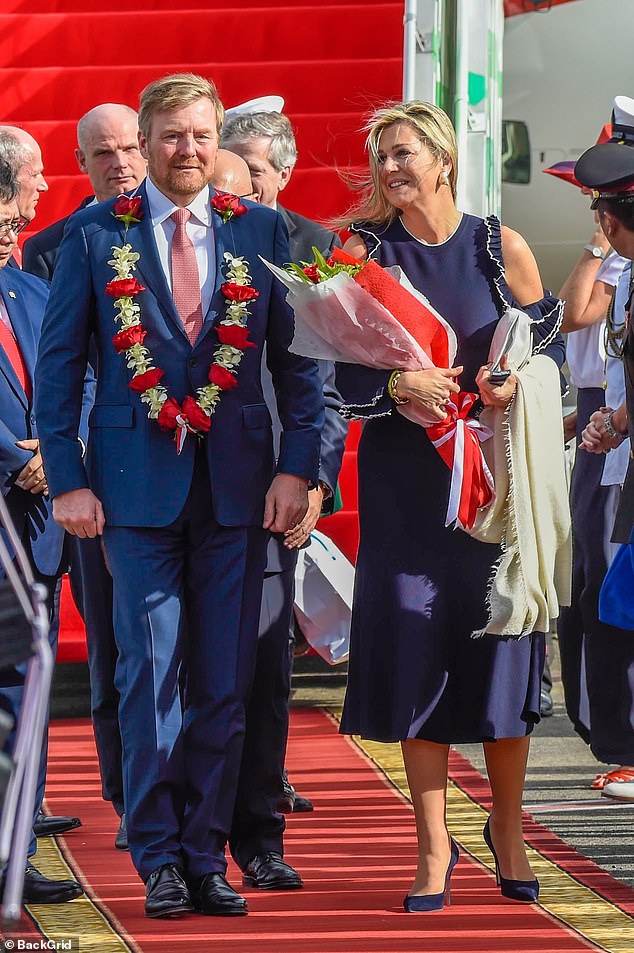 ng Willem-Alexander, 52, and Queen Maxima, 48, landed in Jakarta today for a four-day-long state visit of Indonesia that will take them around the East Asian country (pictured)

As they stepped out of the plane, the royal couple were welcomed by a guard of honour and Indonesian officials.

King Willem-Alexander was gifted with a customary flower garland while Queen Maxima received a beautiful bouquet of flowers.

Wind ruffled the Dutch Queen’s hair as she walked to the chauffeured car that awaited.

Maxima was wearing a beautiful day dress in navy blue with a cold shoulder design and white stitching detail, which emphasised her waist and toned arms. 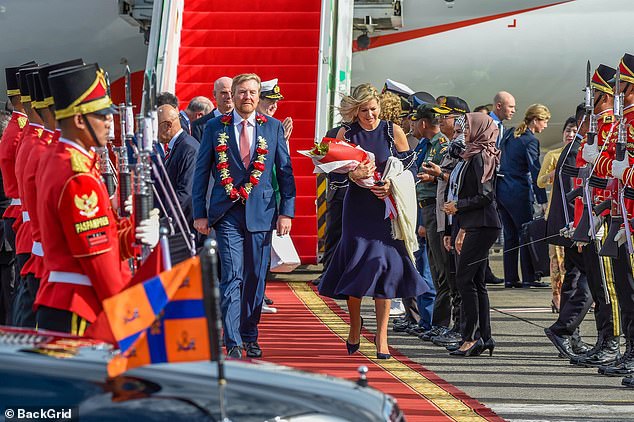 To keep any chills at bay, she carried a white woolen scarf, which rested on her arm as she walked down the red carpet.

Her outfit matched with her husband’s, who looked smart in a blue suit with a crisp white shirt and Vichy tie. Her navy suede heels matched the colour of the dress perfectly.

Always partial to a whimsical note in her outfits, the dutch royal opted for a pair of statement earrings shaped like seashells.

She smiled gracefully as the wind ruffled her blond locks, which had been styled in an understated blowdry. 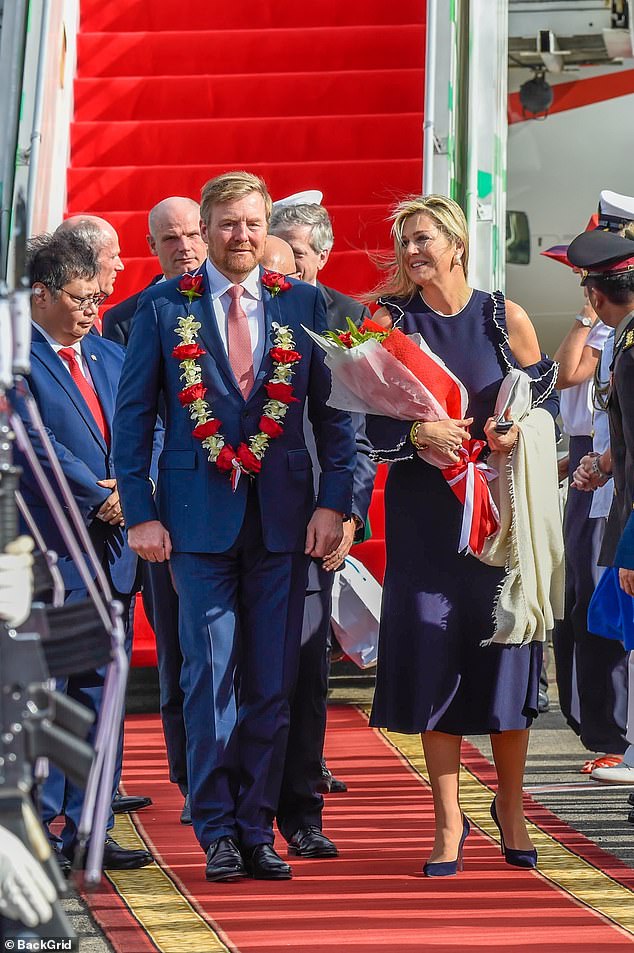 Willem-Alexander was gifted a customary garland of flowers, while Maxima received a flower bouquet 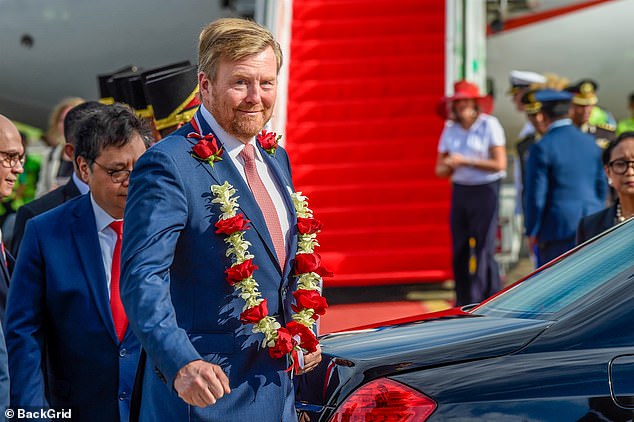 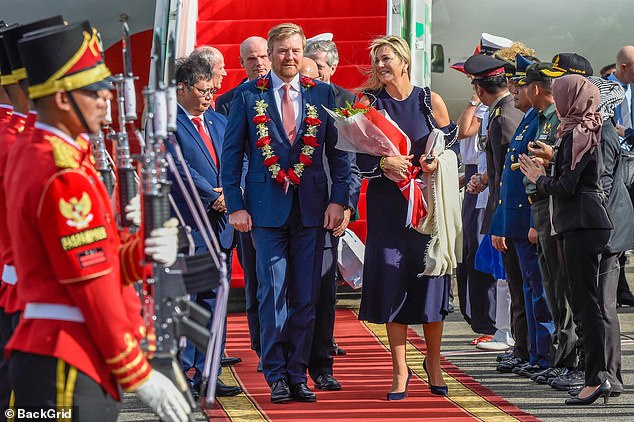 Due to concerns surrounding the coronavirus, it was announced that Willem-Alexander and Maxima would refrain from shaking hands during their numerous official engagements in the country, with the exception of a few receptions thrown in their honour.

The NL Times reported that it was possible the couple would have to shake hands during a reception by President Joko Widodo in Bogor on Tuesday, and their reception by the Sultan of Yogyakarta on Wednesday.

This comes as the number of COVID-19 cases in the Netherlands has risen to 188.

So far, Indonesia has only reported six cases in total, but sadly these have resulted in two deaths.