While Meghan Markle and Prince Harry will be carrying out their final rounds of royal engagements over the next couple of weeks, Britons have been left “disappointed” and “gutted” by the news that baby Archie Harrison Mountbatten-Windsor will be left behind in Canada, but Briton’s aren’t the only ones who are saddened, Queen Elizabeth is said to be “very sad” at the prospect of not seeing her great-grandson too.

According to reports, Meghan and Harry have made the decision to leave their nine-month-old baby son back in Canada, with a nanny and Meghan’s friend Jessica Mulroney, when the Duchess of Sussex flies into the UK to join her husband for the final rounds of royal engagements.

Meghan and Harry are set to complete three more engagements in Britain before they step down from their senior royal duties on March 31.

Prince Harry arrived in the UK early last week and has already conducted several solo-royal-engagements, including heading into the famous Abbey Road Studios to record a charity single with Jon Bon Jovi.

On Sunday, The Sunday Times reported that the 93-year-old monarch and 98-year-old Prince Philip are deeply disappointed that they won’t be seeing their great-grandson. 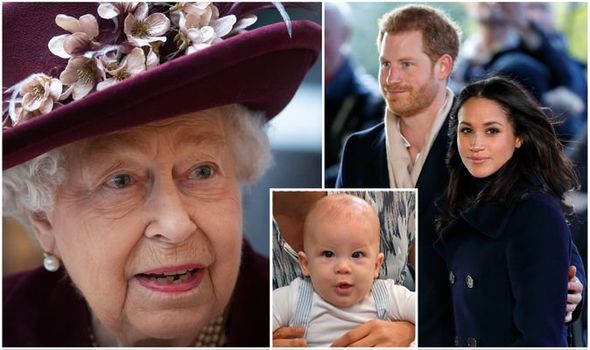 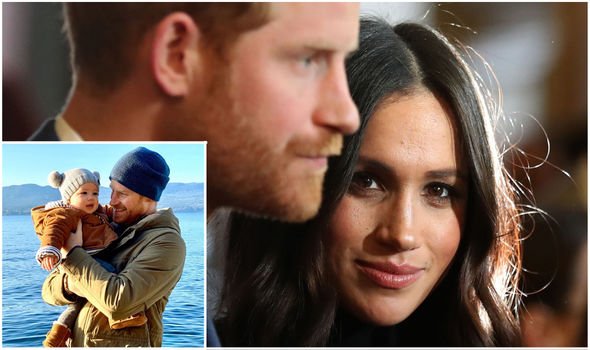 According to reports, the senior royals have only met their great-grandson a couple of times, the first being when he was just two days old at Windsor Castle.

Archie hasn’t been in the UK since last year, with his last official sighting was a photo posted on the Sussex Royal Instagram account on New Year’s Eve.

The reason behind the decision to leave Archie in Canada has not been revealed, however, a security expert has suggested that Archie could be facing a “kidnapping” risk but royal fans have also speculated over social media that concerns surrounding the growing fears of the Coronavirus could have fueled the decision.

One fan wrote on Twitter: “Although I am gutted that we won’t be seeing baby Archie [this week] it’s probably best with the Coronavirus? I’m sure they’re just thinking of his safety.”

A second wrote: “Archie’s wellbeing is the most important thing, regardless if he’s royal or not no parent would put their child at risk on purpose. If they were advised to leave him behind then that’s their decision.”

A third fan wrote: “The risk Coronavirus is growing if my baby was safe somewhere abroad why would I put him or her at risk? Meghan and Harry have made the right decision and they shouldn’t be criticised for it.”

However, not all royal fans agree with the Sussex’s couple’s decision to leave Archie behind.

One royal fan commented: “Very sad as @RoyaNikkhah reports that great grandparents and grandad – The Queen, Prince Philip and Prince Charles – are being denied seeing baby Archie. There really is no excuse – babies travel all the time.”

Another added: “Meghan says she wants to raise her son Archie as a private citizen yet she takes him to meet Bishop Desmond Tutu but won’t take Archie to visit his own great grandparents, the Queen or Prince Phillip who is 98 and not going to live forever.#MeghanMarkle.” 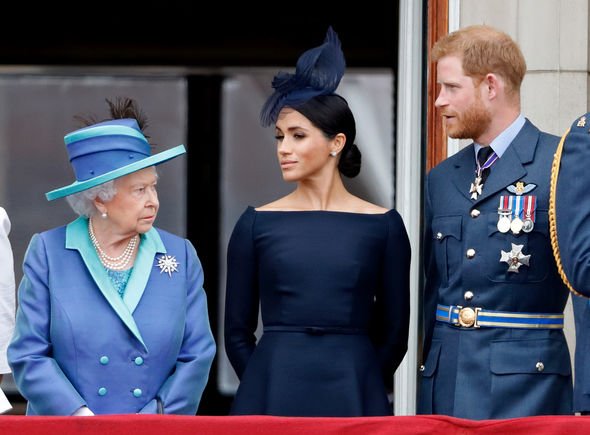 A third wrote: “Does no one else find it odd that a couple so OBSESSED with their safety, they need more protection Worldwide than anyone else as they are so in danger and high risk yet they have no problem leaving their baby behind without either parent. ALL the time?”

A fourth added: “It’s getting more difficult to keep [things] straight. Can’t take the baby to Balmoral cause he’s too young but can fly off to spend time with Elton John.

“Can’t go to Sandringham because baby would be in another room but can be left alone for more than a week with nanny.”

And a fifth said: “I am so disappointed they’ve left Archie behind, I’m pretty sure we, including his grandparents, will never see him again :(.”

However, the cost and logistics of leaving Archie behind will cause a headache for royal police, according to reports.

UK Officers are set to have to split in half in order to guard Meghan while she’s in London and her son in Vancouver. 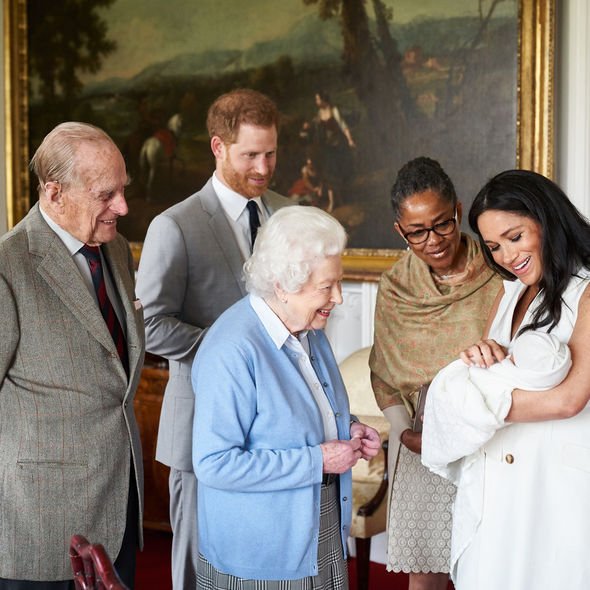 The extra security cost of keeping nine-month-old Archie in Canada without his parents this week could be £50,000, the Sun on Sunday reported last week.

Archie is seventh in line to the throne but has not spent any “meaningful” time with his grandparents or cousins, according to one royal insider.

Harry and Meghan will fly back to Canada after the Commonwealth Day Service on March 9, and their Buckingham Palace office will close on April 1.

However, the rising costs of security for the Sussexes couple is said to have caused a new royal rift between the Queen and Prince Harry and Meghan Markle.

ABC’s royal correspondent Omid Scoobie told HeirPod: “The Queen has made it clear to the couple that at some point they are going to have to take on that cost themselves.”

This comes after it was revealed that Canada decided on Thursday that they will soon stop providing security for the Duke and Duchess of Sussex.

The decision came after a public backlash against the funding in Canada, with an opinion poll released in January indicating that 73 percent of Canadians had no interest in paying any of the costs for security.

It remains unclear who will now foot the bill for their security from April onwards.

Sparks Fly Between Man and Woman Battling Same Cancer: 'A Flower Growing Between the Concrete'