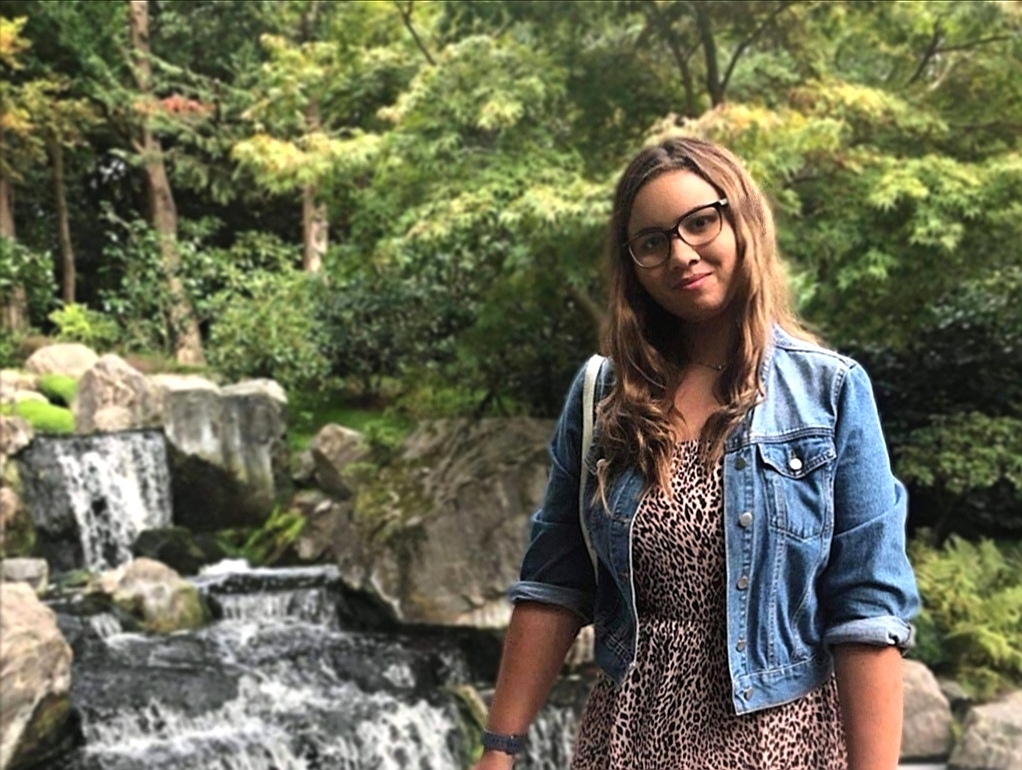 ‘Go back to your own country!’ a woman shouted at my mum while we were in our local supermarket.

All she was doing was speaking Tagalog – a central Philippine language – on the phone to a family member.

It didn’t really phase my mum, as I’m sure she’s encountered stuff like this before. But for 12-year-old me, it was the first time I witnessed xenophobia aimed directly at a loved one.

It’s incidents like these that created a barrier in me fully embracing such a wonderful language – and my culture in general.

If you met me when I was a teenager for the first time, and saw me communicate with my mum, you’d assume I was a receptive bilingual: a person who has enough exposure to a language to have a native understanding of it but cannot use it to communicate.

Here’s the thing, though: I can speak Tagalog pretty fluently – always have done.I grew up learning it through native TV shows and films, as well as through my Filipino mum.

However, in primary and secondary school, I outright refused to speak the language – whether it was in the comfort of our own home or out in public.

I held my bilingualism hostage, just for the sake of fitting in.

As a child, I struggled to fully embrace my Filipino heritage because of several reasons. It’s only recently that I’ve accepted that part of my identity.

Primary school was tough. Being half-Irish and half-Filipino, I was one of the very few mixed-race kids in my class, and I felt like I never had a sense of belonging, especially within friendship groups: too white for one group, too Asian for another.

At the time, I had a sense of shame regarding my Filipino heritage, and I thought disclosing that I could speak Tagalog would make me feel more like an outsider.

I also had reservations of speaking Tagalog to my mum in a private sense growing up. I thought speaking the language at home would’ve encouraged my mum to speak it to me outside of the home.

This is because many snide comments I received as a child regarding the Filipino side of my heritage deterred me from speaking the language, especially out in public.

I received comments such as ‘What even are you?’ or would frequently be called a racial slur used against Chinese descendants, despite having no Chinese blood in me.

I was even nicknamed Short Round after the Asian child in the Indiana Jones franchise back in university by guys I thought were my friends.

The UK is also riddled with an anti-Filipino sentiment that has previously put me off speaking the language. I’d very often come across micro-aggressions coming from the media like ‘there are far too many Filipinos working in the NHS’.

Both of my parents were generally never really bothered about me not speaking in Tagalog in our own household growing up. They did, however, try to encourage me to speak it to family back home in the Philippines.

But even whenever I visited family ‘back home’, there was always hesitation on my part. Several things would go through my mind whenever I thought about speaking Tagalog to them: What if I was pronouncing words wrong? What if my cousins laughed at me for trying to speak it? What if I was trying too hard?

But it wasn’t until I went to secondary school where perceptions on my heritage started to shift.

In year eight, when I was 13, I grew close to a new pupil who had moved to England from Slovakia. Not only is English her second language (she did a tremendous job of picking up the language quickly, and now speaks it better than most native English speakers I know), but she is trilingual.

Growing up, she and I very often would be around each other’s houses. Whenever her parents would speak to her, I would observe her replying in either Slovakian or Russian. I was constantly mesmerised by her ability to switch from different languages on a whim.

It was in those moments where I slowly started to realise that knowing and speaking another language is truly and undeniably beautiful.

Since then, I did attempt to speak it more to my mum. The odd word here and there would slowly transition into full sentences, full conversations.

But my years of frequent exposure to Filipino TV shows and films ended before I went to university over seven years ago, so my ability to speak Tagalog is rather rusty now. I didn’t realise my fluency in the language started to fade away until I came back from university – I felt I was back to square one.

But I’m slowly picking the language back up and speak it back to my mum, my family back in the Philippines and family friends who live here in the UK.

I’ve even gone as far as actively asking my fellow Filipinos to speak it to me so I can practice it to become fluent in it again. And my mum actively supports this as it means having conversations with family and friends back home is easier.

I do think the slowly increasing Filipino representation in the mainstream media in recent years has a lot to do with me embracing my Filipino heritage more.

American singer-songwriter Olivia Rodrigo, known for her song Driver’s License, is a prime example of this. She did a lot of interviews at the start of her career highlighting her Filipino heritage.

She may be still young, but she knows who she is, and it’s clear that she’s not ashamed of her heritage.

I do wish I was a lot like Olivia at her age when she first started her career.

Looking back, I’m not sure why I felt I had to hide my ability to speak Tagalog from the world.

I have always engaged in its culture, music, and eaten Filipino foods, in my own time, but I felt embarrassed to engage in these aspects in a public setting.

Well, no more. My Filipino heritage is a part of my identity and it makes me unique.

I have loved many aspects of my mum’s culture – the brilliant music, the delicious food, the stunning islands you can visit there – and in retrospect, I don’t understand why I didn’t fully embrace all of it at the time. I’m slowly building the confidence to speak it out in public.

Over the years, I realised that knowing and speaking another language is truly a wonderful skill to have. Speaking Tagalog more frequently has allowed me to fully embrace my heritage.

I am no longer filled with the shame of being bilingual. It’s a part of who I am, and I can’t wait to share this with my children, when the time comes.

Forget the iPhone 12! Apple’s iPhone 11 gets a massive price cut you won’t want to miss