Home » Lifestyle » Relationships may suffer if self worth is based on money, study says

Financial worries are already well-known as one of the main sources of conflict in a romantic relationship.

But now a new study reveals that people who base their self worth on how much they earn clash with their partner more often.

The team of researchers, based in Michigan and Texas, recruited hundreds of people in a marriage or in a committed relationship.

They found a link between conflict, such as arguments, and ‘financially contingent self-worth’ (FCSW) – the feeling that personal worth depends on the ability to achieve financial success.

Amazingly, this link was found regardless of how much money they were earning or their level of economic stress.

Although the experts couldn’t explain the link, it’s likely that someone who’s paying more attention to their finances is neglecting the various needs of their partner, causing conflict. 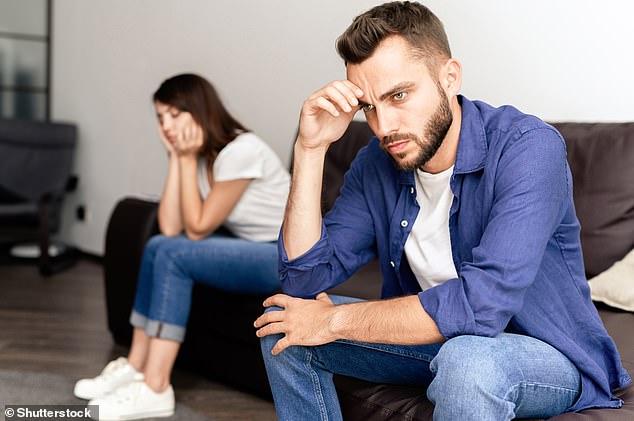 People in relationships who base their self worth on how much they earn clash with their partner more often, researchers in Michigan and Texas found (file photo)

The study was led by Deborah E. Ward, an assistant professor of psychology at Saginaw Valley State University in Michigan.

People with high FCSW will have feelings of personal worth and value that depend on one’s ability to achieve financial success.

Those with low FCSW likely use other aspects about their personality to feel worthy.

‘It’s not the case that liking, valuing, or wanting to have money and/or financial success is a bad thing,’ Professor Ward told PsyPost.

‘It’s when a person views financial success as a core component of what makes them a good or worthwhile person that can open them up to vulnerabilities.’

The researchers initially recruited 434 participants, who were in a committed relationship, either married or otherwise long-term. They were assessed for their levels of FCSW and how often they had had disagreements with their partner.

Interestingly, these conflicts in turn were linked with lower levels of relationship satisfaction, and this link remained statistically significant even after controlling for income, economic pressures and materialism.

Seventy-four of the 434 participants also completed a six-week diary study, which required them to complete a relationship questionnaire each week.

During weeks when participants reported higher feelings of FCSW, they also had more financial disagreements with their partner and reported feeling less supported by their partner, the diary logs showed.

In a follow-up experiment, researchers recruited another 337 people who had their FCSW levels craftily manipulated.

These participants were either assigned to one of two conditions – they had to read a news article proclaiming the benefits of financial success or another article about how financial success doesn’t affect quality of life.

Unsurprisingly, those in the first condition reported higher FCSW compared to those who read the other article.

This shows that merely planting a seed in someone’s mind that financial success is important makes them reevaluate how supportive their partner is. 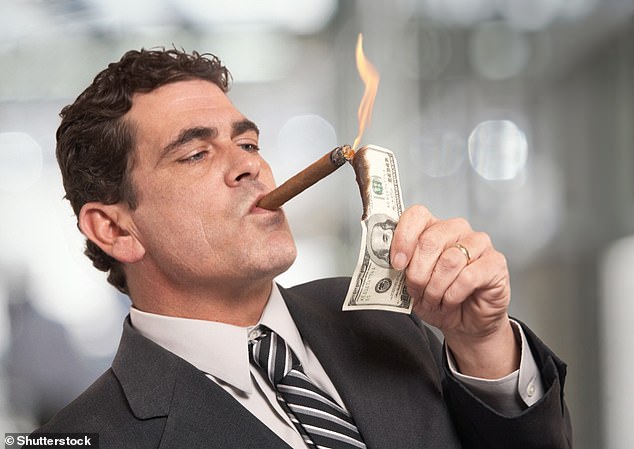 Professor Ward pointed out that the study is correlational, so her team could not definitively say that having FCSW causes people to have more financial conflicts with their partners.

‘For example, it could instead be that having more financial conflicts leads people to believe that having more money would improve their relationship problems, which could increase their tendency to base self-worth on money,’ she told PsyPost.

‘What we can say is that we see a consistent association between having financially contingent self-worth and perceiving greater financial-related conflicts in one’s relationship.’

The study has been published in Journal of Social and Personal Relationships.

UNSATISFACTORY RELATIONSHIPS ARE AS BAD FOR YOU AS SMOKING, SCIENTISTS CLAIM

If you’re stuck in a dissatisfying marriage, recent research from Israel suggests you should get a marriage therapy or risk being put in an early grave.

Exploring extensive health data going back more than 30 years, a team from Tel Aviv University tracked the deaths and causes of death of more than 10,000 Israeli men.

Being unhappy with your marriage, or even perceiving your marriage as bad, made the men as likely to die from cerebrovascular (CVA) conditions, such as stroke, or blocked arteries at the same rate as smoking and a lack of physical activity.

Those men who felt their marriage was unhappy were 69.2 per cent more likely to die from stroke than those who were happy in their marriage, authors found.

When considering all cases of premature death among the men, the rate of death was 19 per cent higher in men who said their marriage was unsatisfactory.

The study authors said health authorities should promote marriage therapy as a way to improve mens health and help them live longer.

‘Our study shows that the quality of marriage and family life has health implications for life expectancy,’ said study author Dr Shahar Lev-Ari.

As part of the study, published in the Journal of Clinical Medicine,  the researchers conducted statistical analyses of a database that started gathering data in the 1960s.

For 32 years, they tracked the health and behaviour of 10,000 men, all Israeli state employees, paying close attention to death from stroke.

At the beginning of the study, most of the participants were in their 40s and since it started in the 1960s a total of 64 per cent died from a range of illnesses.

‘We wanted to analyse the data gathered longitudinally using various parameters to identify behavioural and psychosocial risk factors that can predict death from a CVA and premature death for any reason,’ said study author Dr Shahar Lev-Ari.

Early on in the 32-year long study, participants were asked to rank their level of marriage satisfaction on a scale of 1, very successful) to 4, unsuccessful.

A less dramatic increase of 6.5 per cent was seen in older study participants.

‘At a higher age, the gap is smaller, perhaps due to processes of adjustment that life partners go through over time,’ according to Lev-Ari.

In addition, the researchers conducted a statistical analysis of all known risk factors contributing to death from cardiovascular diseases, such as diabetes, hypertension, excessive BMI, and socioeconomic status.

They found that the relative risk for death for any reason among the unhappily married versus the happily married was 1.21 higher among those dissatisfied with their marriages.

This rates is similar to data in the literature regarding smokers and those leading a sedentary life, the team explained.

‘These findings were consistent with other studies that have shown the effectiveness of educational programs fostering good life partnerships as part of a national strategy to promote health and wellness for the public at large,’ said Lev-Ari.